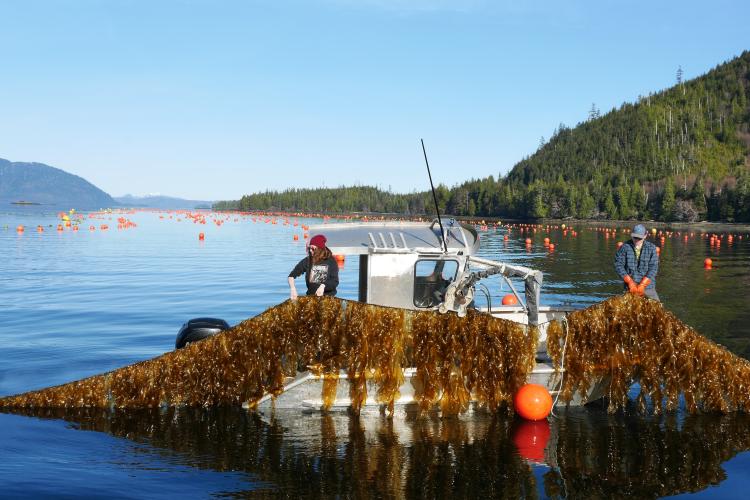 Based on value, more than 80 percent of marine aquaculture production in the United States consists of bivalve mollusks such as oysters, clams, and mussels. Salmon and shrimp make up most of the rest, but advances in technology, aquaculture feeds, and management techniques are making more species available to the American public.

Sustainable aquaculture practices also serve an important function in supporting commercial and recreational fisheries. For example, aquaculture contributes millions of hatchlings to wild populations. Nearly one quarter of the salmon caught in Alaska and an estimated 70 to 80 percent of those caught in the Pacific Northwest start their lives in hatcheries.

A compelling case can be made for growing more seafood domestically. Our country is a leading global importer of fish and fishery products, as well as a key provider of technology, feed, equipment, and investment capital to other producers around the world. These qualities help the United States as it expands the sustainable aquaculture industry to meet the public’s growing demand for fresh seafood.

Last updated by Office of Aquaculture on September 20, 2022