The Unusual Mortality Event involving bottlenose dolphins in Texas that began in November 2011 is over. The event was investigated by NOAA Fisheries and partners and was defined as occurring from November 1, 2011 to March 31, 2012 along the Texas coast. The majority of strandings occurred in 5 counties: Aransas, Calhoun, Kleburg, Galveston, and Brazoria.

126 bottlenose dolphins stranded during the event, including 4 live dolphins.  The majority of carcasses were in moderate to advanced states of decomposition. Based on necropsy, histopathology, and diagnostic findings, the mortality event was caused by exposure to biotoxins related to two concurrent algal bloom of Karenia brevis and Dinophysis sp.  Karenia brevis produces brevetoxins that can affect the central nervous system of fish and other vertebrates such as dolphins, manatees, birds, and sea turtles, causing these animals to become ill and die. 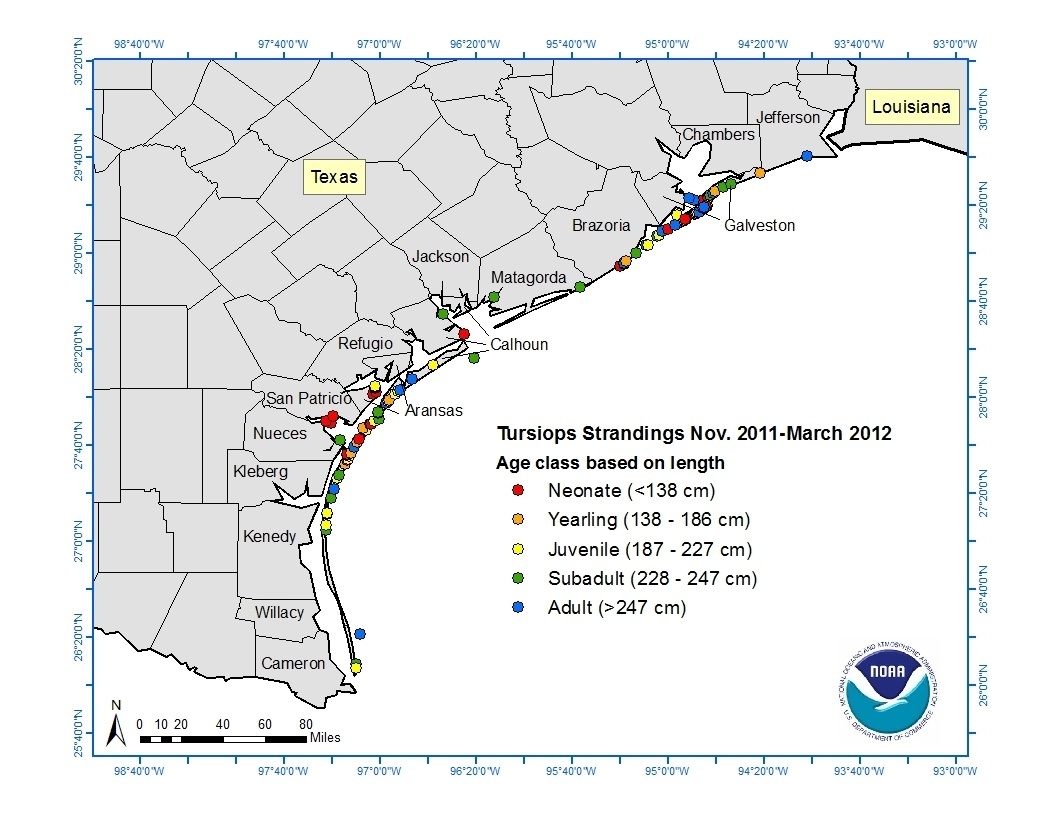 Map of bottlenose dolphin strandings between November 2011 through March 2012. 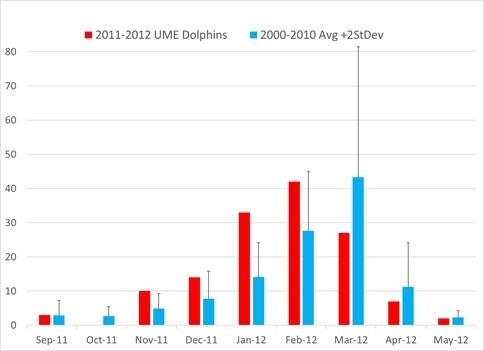 Monthly strandings during the UME compared to the 10-year average + 2 standard deviations from 2000-2010.