The Unusual Mortality Event involving large whales in the Gulf of Alaska and British Columbia, Canada that began in April 2015 is over.  The event was jointly investigated by NOAA Fisheries and Department of Fisheries and Oceans, Canada and was defined as occurring from May 22, 2015, to December 31, 2015, in the Gulf of Alaska and from April 23, 2015, to April 16, 2016, in British Columbia. 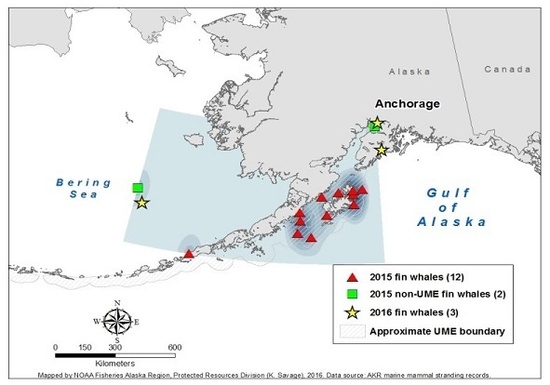 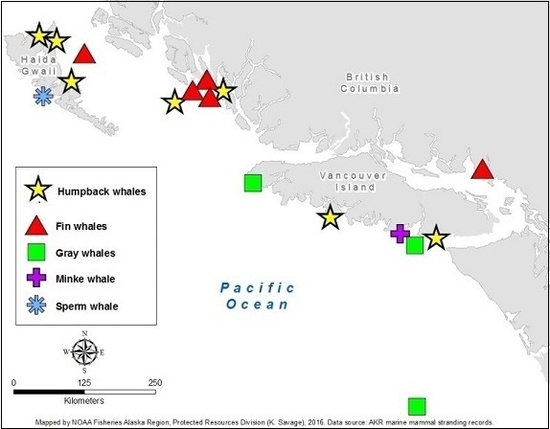 The number of dead fin whales (Balaenoptera physalus) and humpback whales (Megaptera novaeangliae) in the UME totaled 46 whales, including 34 for Alaska (12 fin, 22 humpback) and 12 for British Columbia, Canada (5 fin, 7 humpback). Based upon the findings from the investigation, a definitive cause of the UME was not determined although ecological factors were a contributory cause (i.e., the 2015 El Nino, Warm Water Blob and Pacific Coast Domoic Acid Bloom).