Partnering with the Fishing Industry to Monitor the Northeast Shelf

We collaborate with local experts to monitor ecosystem conditions in the Northeast. 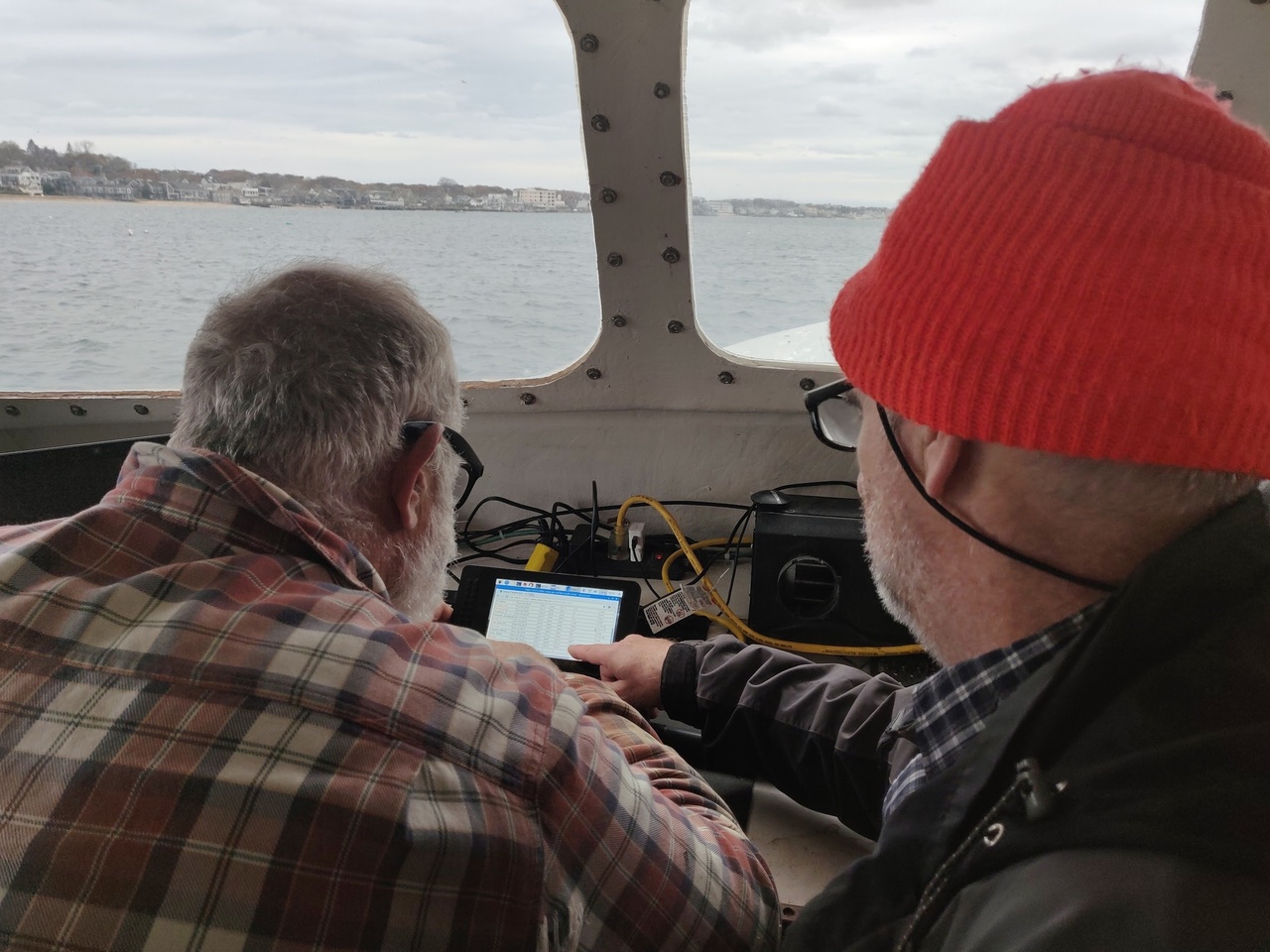 The Environmental Monitors on Lobster Traps and Large Trawlers (eMOLT) project is a non-profit collaboration of industry, science, and academics. It focuses on monitoring the physical environment of the Gulf of Maine and Southern New England shelf. Through the program, we developed low-cost strategies to measure physical parameters (primarily bottom temperature) with the help of more than 100 fishermen along the entire New England coast. Our primary goal is to supply them with the latest in low-cost instrumentation sufficient for maintaining continuous time series of physical variables throughout their fishing grounds.

Our database consists of more than seven million hourly records of bottom temperature and more than one million satellite-tracked drifter records of surface current.

To minimize cost, we have partnered with schools and local engineers in the private sector to develop new devices. The first is a GPS drifter at nearly a third the cost of commercial units. These units have already logged more than a million kilometers of ocean and are being used by dozens of universities and research groups. Others include a real-time bottom temperature sensor—attached to both fixed and mobile fishing gear—that wirelessly transmits data to a shipboard system as it is hauled on deck. Another is a low-cost bottom-current meter that implements new inclinometer technology.

The primary users of eMOLT data, aside from the fishermen themselves, are local ocean circulation modelers. The need for data in initialization, assimilation, and validation of their numerical simulations is becoming more and more obvious. The complex time-varying nature of our marine ecosystem system calls for incorporating as much data as possible in order to generate realistic flow fields. Our hope is that these numerical models will someday help in our understanding of the fate of any particles (i.e., fish and shellfish larvae and harmful algal blooms) along our coast.

We seek to answer the following questions:

Local fishermen already spend their days at sea and have the biggest stake in preserving our coastal marine resources. They’re also the most knowledgeable of local waters. Their interest, curiosity, and enthusiasm are sincere. We believe they should play an important part in our nation's Integrated Ocean Observing Systems. 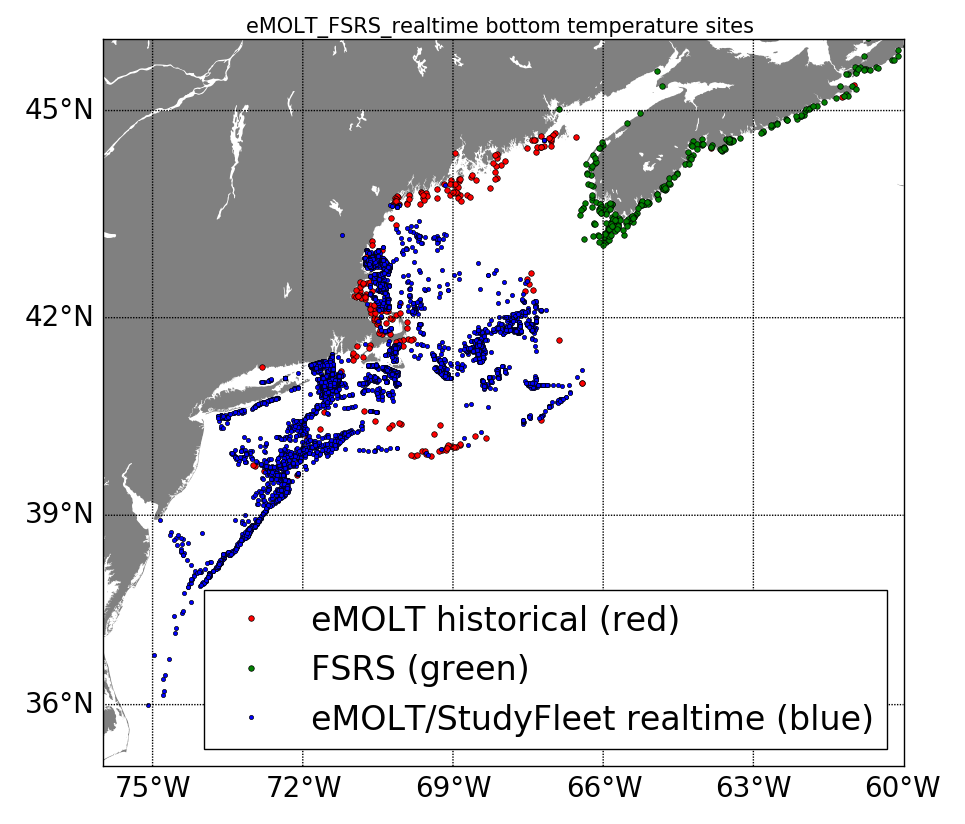 The eMOLT partnership, originally initiated by NOAA's Northeast Fisheries Science Center and now administered by the Gulf of Maine Lobster Foundation, has included  New England’s major lobstermen associations, Nova Scotia’s Fishermen Scientists Research Society, the Commercial Fisheries Research Foundation, and many other academic and governmental organizations., as well as a network of participating fishermen.We hope to extend our existing multi-year time series as well as our monitoring capabilities, partner with similar efforts around the region, and  contribute to NOAA's Integrated Ocean Observing Systems.