A history of the research vessel Albatross II 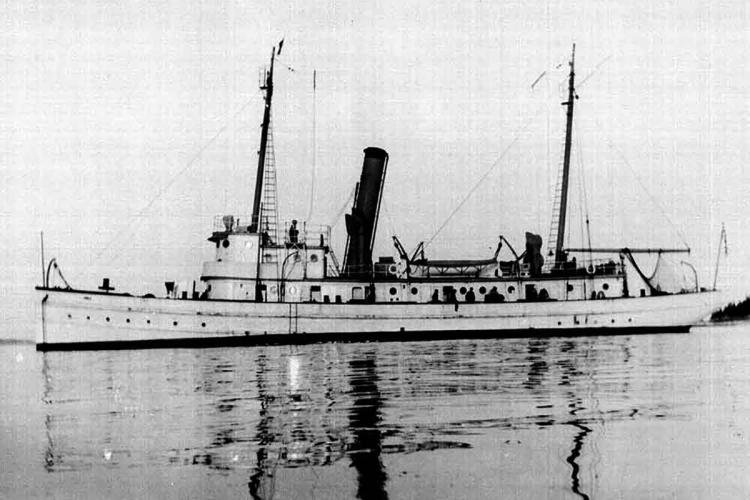 In 1926 the Bureau of Fisheries acquired from the Navy an obsolete sea tug, the Patuxent, for conversion to a fishery research vessel for work in the North Atlantic. This vessel which was built in 1909 was a two-masted steamer with steel hull. She weighed 521 gross tons and had an overall length of 150 feet. Her header was 29 feet 6 inches and her draft 12 feet 3 inches. The Bureau renamed her the Albatross II and used her in fishery research for six years. During the First World War she had been used as a minesweeper. By the time the Bureau received her she was so antiquated that operational funds were mostly consumed by costly repairs. She was taken out of service in 1932, and returned to the Navy in 1934.

During her years in marine research, the Albatross II was used for surveying the New England fishing banks, and in studying the biology of some of the more valuable species. The important studies of haddock eggs and larvae by Walford, the studies of mackerel biology by Sette, and plankton research by Bigelow and Sears were based, in part, on collections made by the Albatross II.

Herrington conducted experiments on the vessel which were designed to test the effectiveness of large mesh nets in permitting the escape of undersized fish through the otter trawls. This work in "savings gear" laid the foundation for further experiments which ultimately led to the mesh regulations now in force on the fishing grounds of the Northwest Atlantic.