Historic Research Vessels in the Northeast

Since 1871, the Northeast Fisheries Science Center has had many research vessels that sailed out of Woods Hole, from the Fish Hawk (1880) which was the first floating marine hatchery, to the Henry B. Bigelow and the Gloria Michele which sail today. 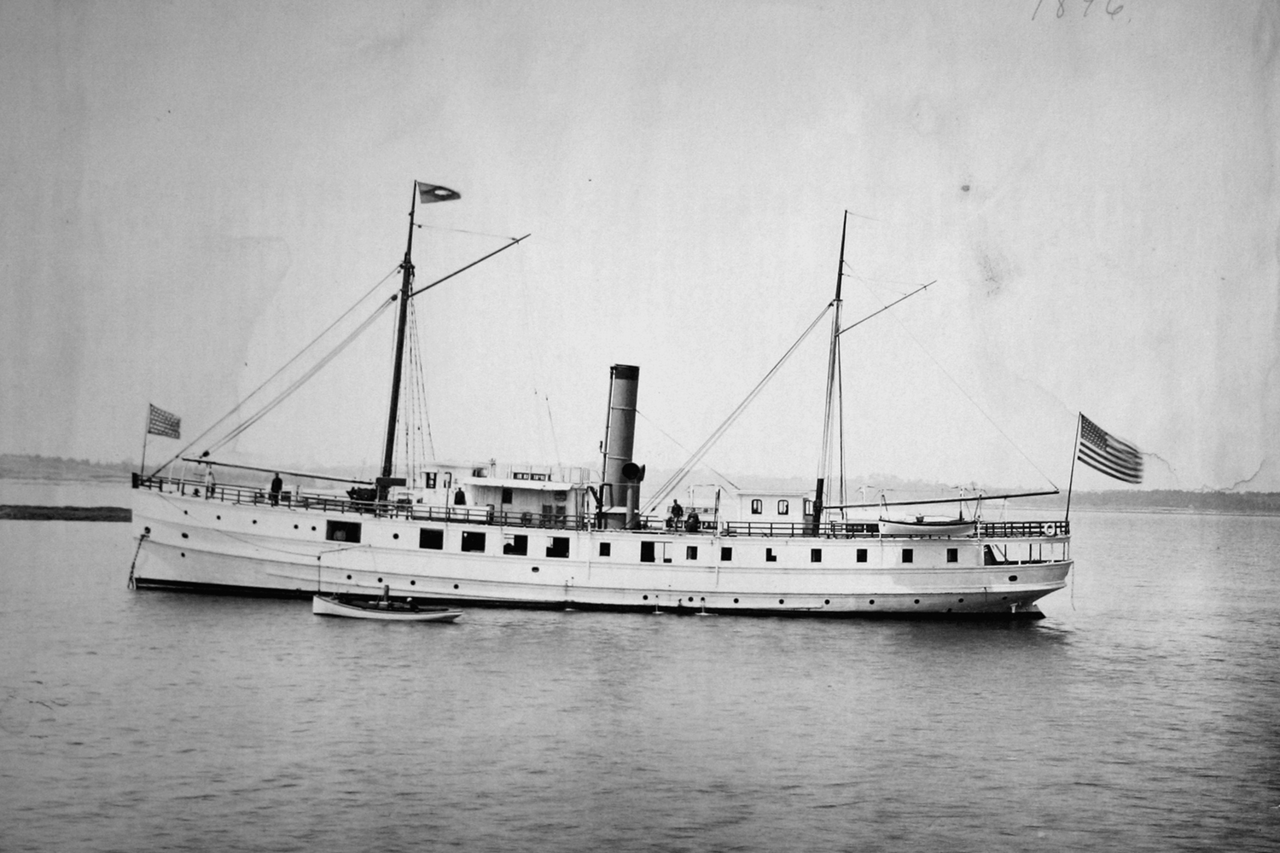 The Fish Hawk was the first large vessel built by any nation expressly for the promotion of the fisheries. The steamers previously employed for this character of investigation had been adapted to the work by only such additions and alterations as were deemed essential. They were inconvenient at best but were made to answer the requirements with the crude appliances then available. A new era as regards the exploration and of fish culture was, however, rapidly approaching, and the building of the Fish Hawk happened opportunely with respect to the improvements made in both.

Learn more about the Fish Hawk 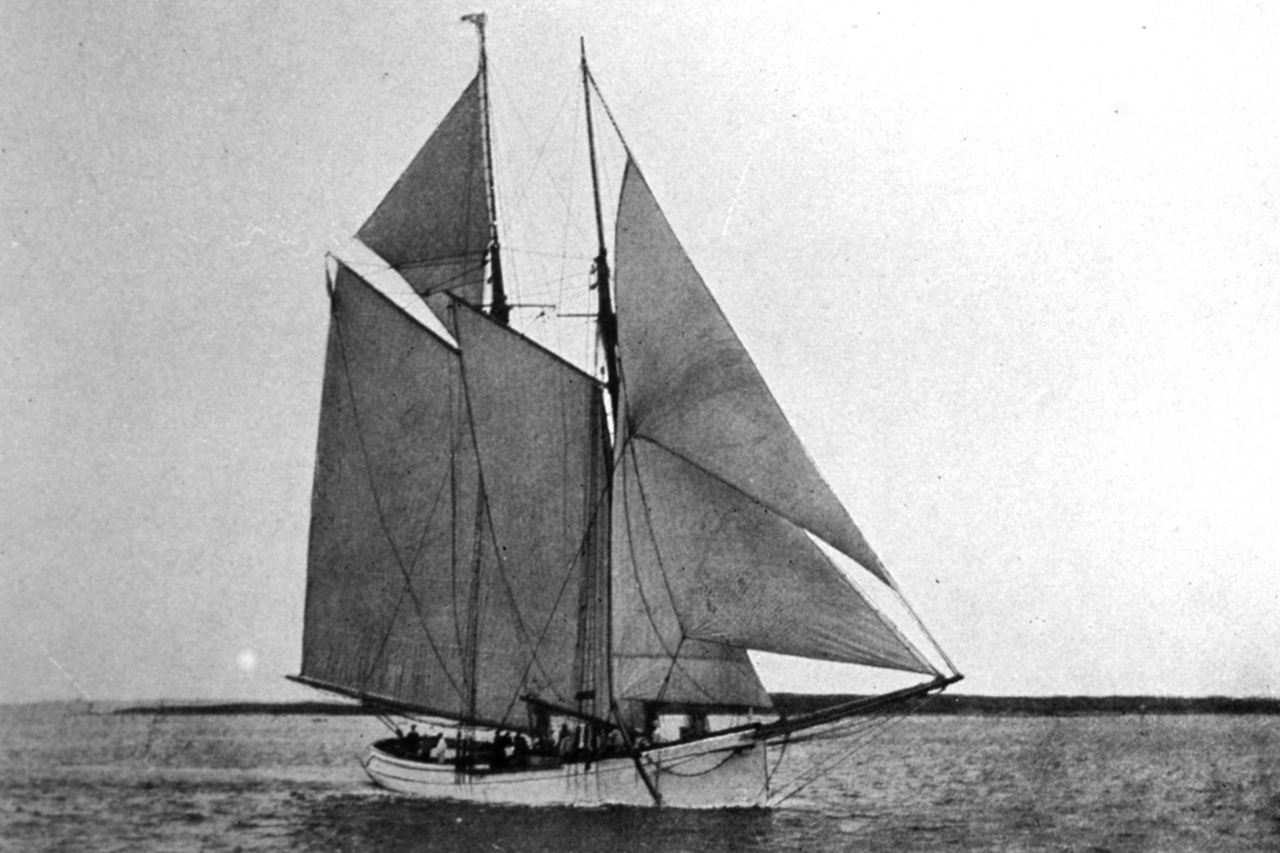 The U.S. Fish Commission schooner Grampus was a wooden, two-masted, schooner-rigged keel vessel. In general she resembled the typical fishing schooner of New England. She was launched on March 23, 1886 and commissioned on June 5, 1886. The purposes for which the Grampus was constructed are various, and have an important bearing upon the work of the commission. Perhaps the most important thing, however, in connection with the building of the Grampus was the opportunity afforded to attempt introduction of new ideas in the construction of fishing vessels, both relates to form and rig.

Learn more about the Grampus 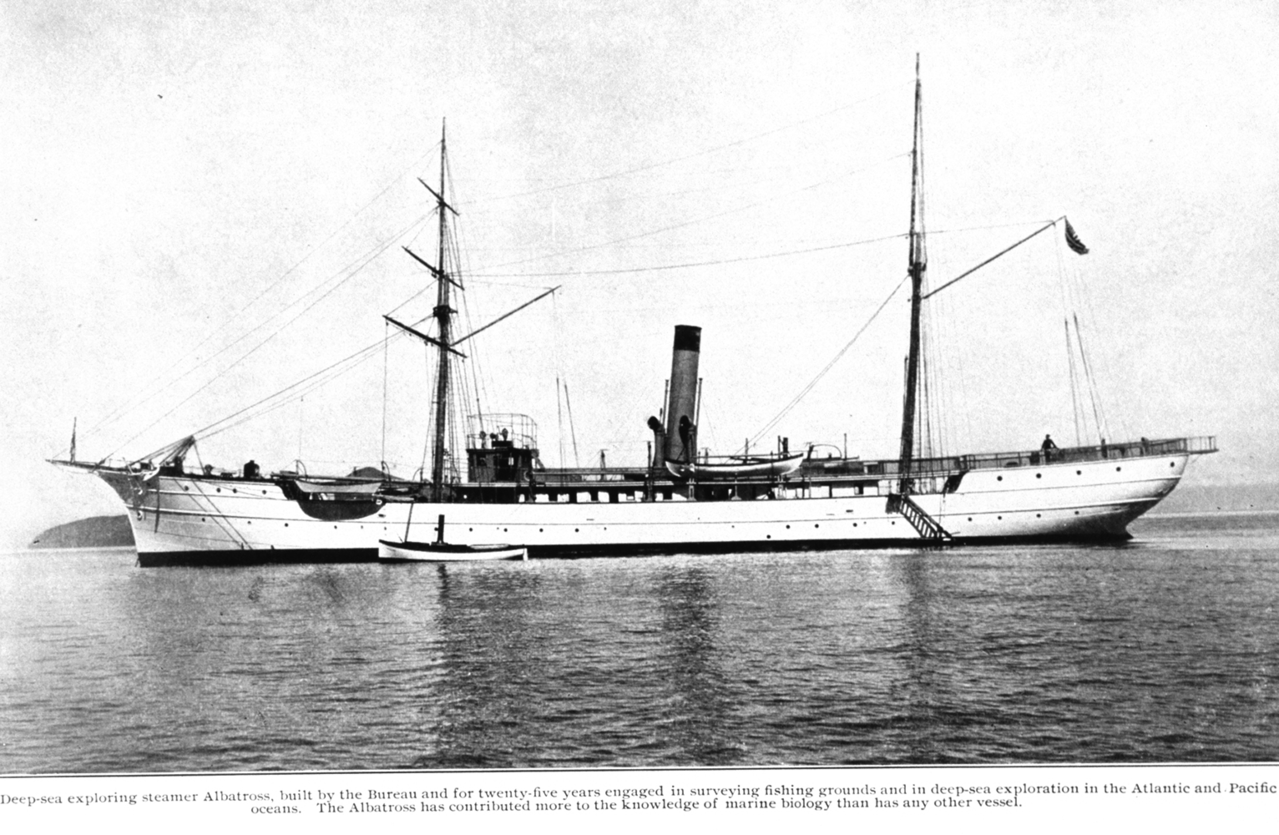 This 234-foot steamer, also rigged as a brigantine with more than 7,500 square feet of sail, was the first research vessel in the world constructed exclusively for marine research. Albatross made its first scientific cruise in the summer of 1883 between Washington and Woods Hole, investigating the fish and bottom in a wide area of the coastal shelf and Gulf Stream. During its forty years of service Albatross surveyed the Atlantic and Pacific Oceans on numerous cruises, briefly served in two wars, and made its last survey in the Gulf of Maine before being decommissioned at its home port of Woods Hole, Massachusetts.

Learn more about the first Albatross 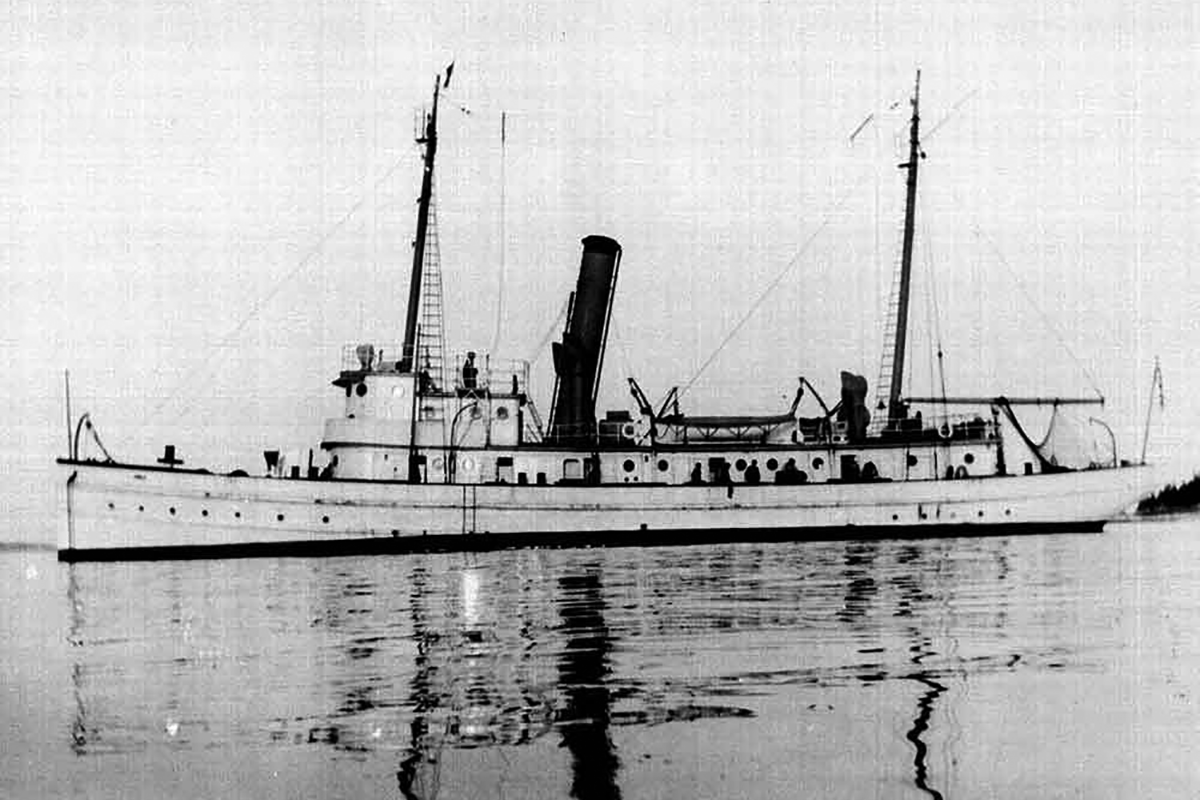 Built in 1909 as a two-masted steamer, the 150-foot sea tug and former World War I minesweeper Patuxent was acquired in 1926 from the U.S. Navy and converted to a fishery research vessel.  The ship was renamed Albatross II and used for six years before repair and operational costs required the vessel be taken out of service in 1932 and returned to the Navy in 1934. During its six years of service to marine research, Albatross II surveyed the New England fishing grounds and conducted pioneering studies of haddock, mackerel, and plankton.

Learn more about the Albatross II 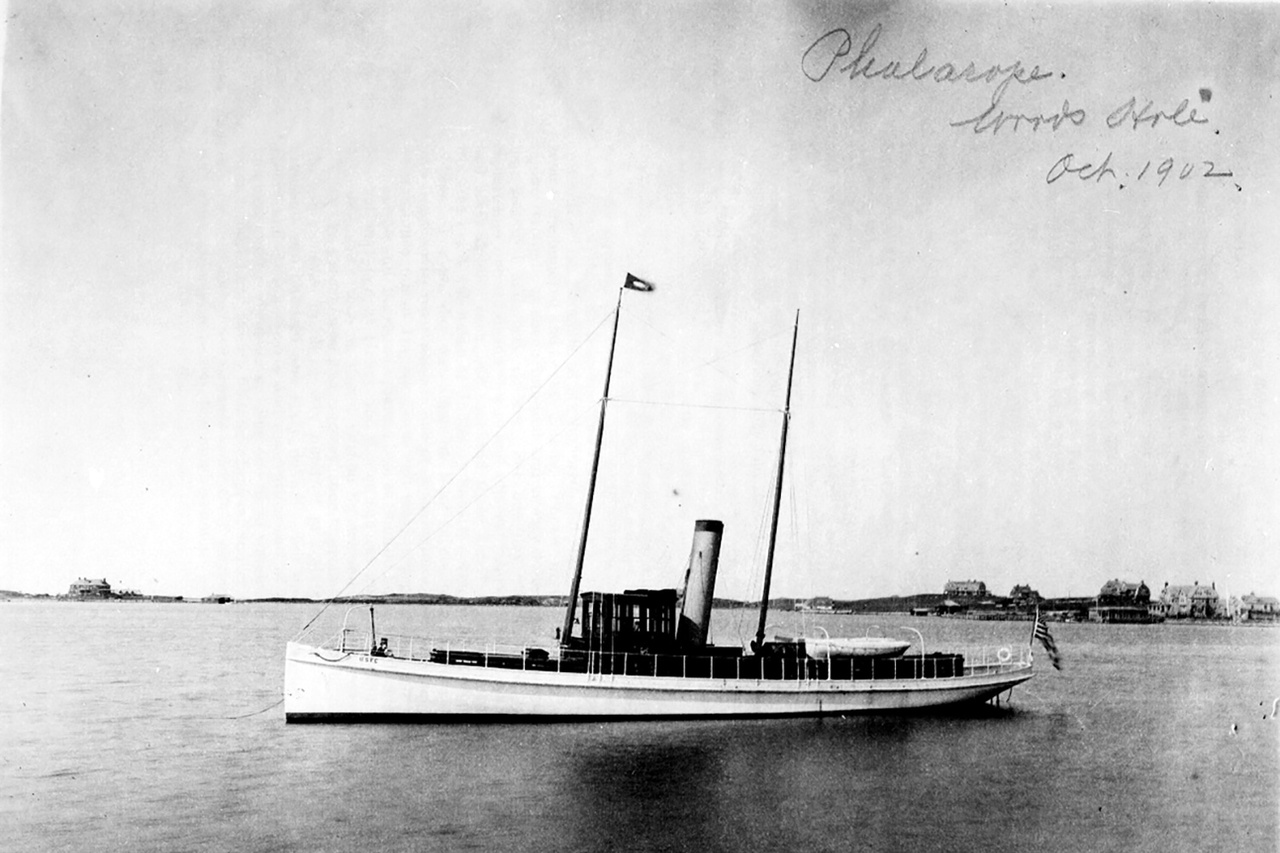 In the 1930s the working day at the Fisheries Laboratory usually started with a collecting trip to fish traps, or for dredging or taking plankton samples. The small coal-burning steamer Phalarope, under the command of Capt. R. N. Veeder, was used for this purpose. Fisheries biologists and MBL investigators interested in making a trip were welcome. The collecting trip became so popular, especially when the weather was good, that the number of passengers on board had to be restricted to conform to safety regulations enforced by the Coast Guard. If something exciting happened during the trip, for instance the catch of a big shark or large moonfish, everybody would dash to one side of the vessel and cause a dangerous list. In later years, Capt. Veeder refused to take more than 20 persons aboard.

Learn more about the Phalarope 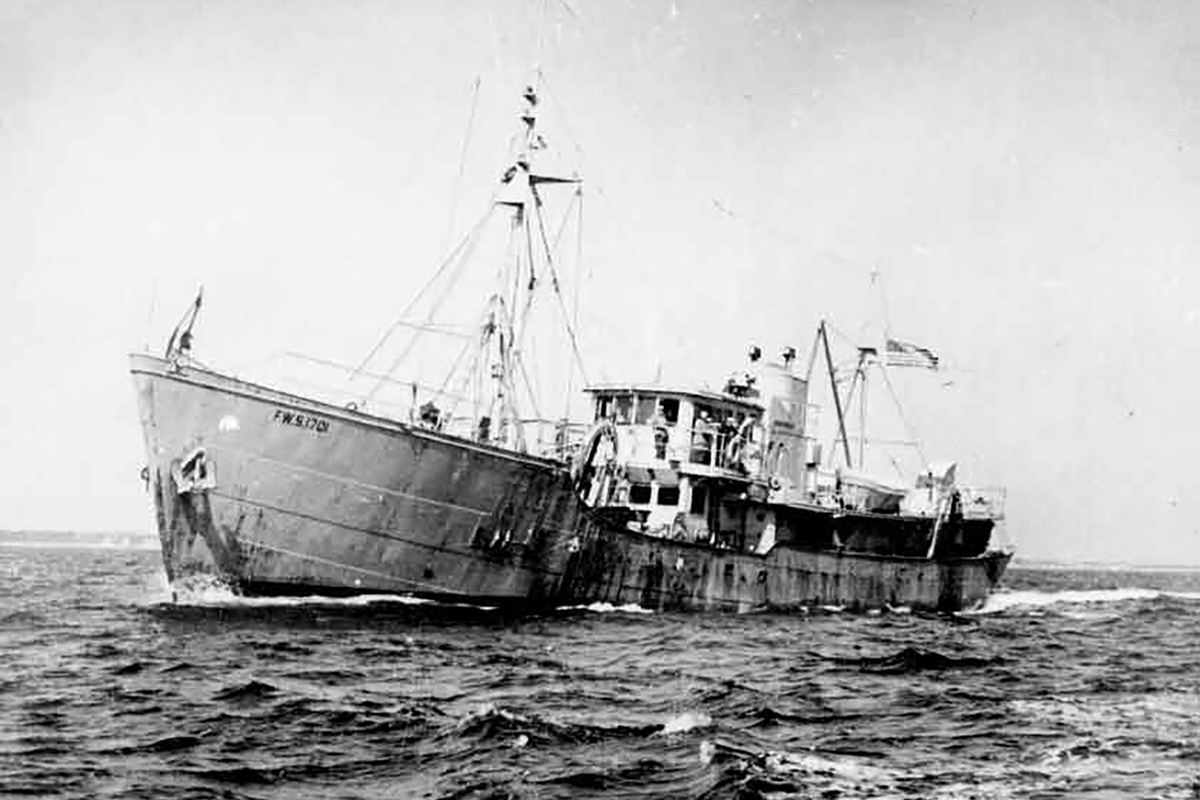 The third ship to bear the name Albatross was another conversion, or rather a double conversion, before it became a fisheries research vessel.  Originally named the Harvard and built in 1926 as a steam trawler, the vessel fished New England waters until 1939, when it was sold to the U.S. Government for $1.00 to be converted into the fisheries research vessel. With the conversion well underway in 1942, the Coast Guard took over the vessel for use as a patrol boat during World War II, lengthened the ship from 140 to 179 feet, and renamed it the Bellefonte. The ship was returned to civilian use in 1944, completed a second conversion in 1948, and was renamed.  Albatross III made 128 cruises during its research career and contributed significantly to knowledge of the fisheries and oceanography of the Northwest Atlantic Ocean.

Learn more about the Albatross III 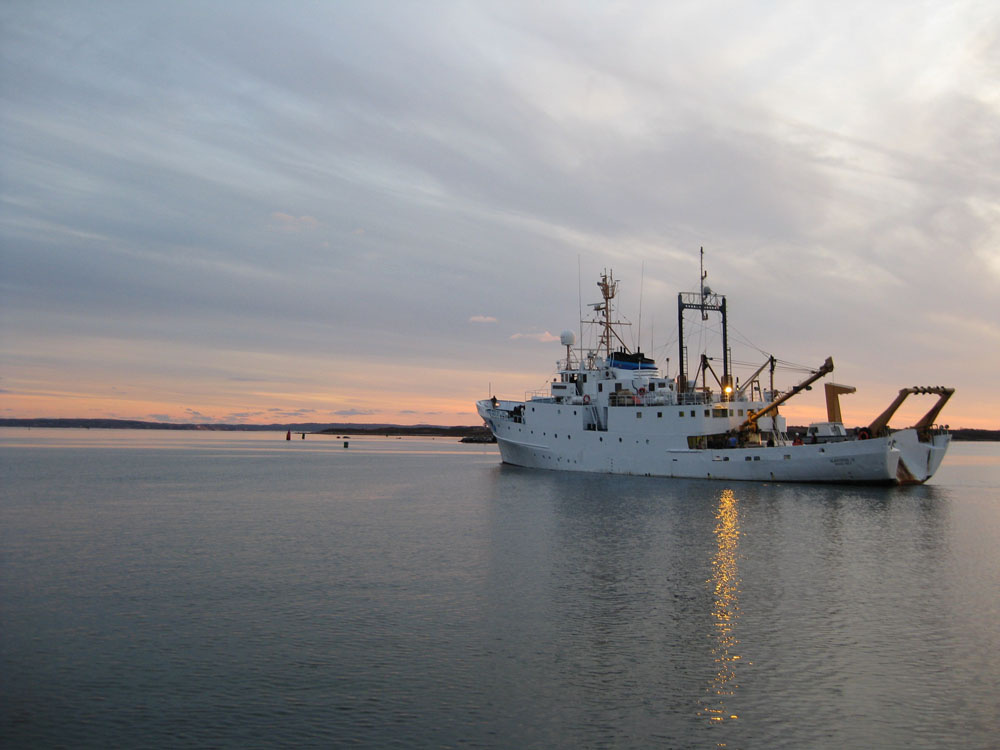 The 187-foot Albatross IV, like the first Albatross, was designed specifically to conduct fisheries and oceanographic research. The first stern trawler to be built in the United States, the vessel was commissioned May 9, 1963 and spent much of its career conducting resource surveys assessing the health and population structure of finfish and scallops on the Northeast continental shelf, marine mammal surveys, and studies of plankton and larval fish abundance. The decommissioning of the ship November 20, 2008 at its home port in Woods Hole marked the end of an era for research ships that bear the name Albatross.

Learn about the Albatross IV's legacy 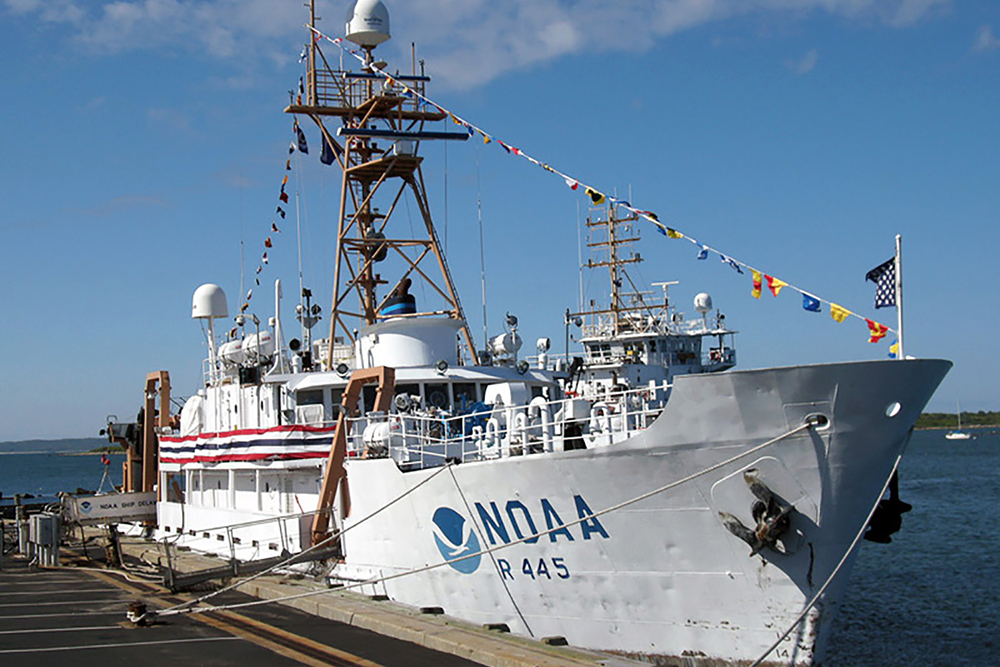 The 155 ft Delaware II was built for exploratory fishing and gear research. The stern ramp trawler was to perform a variety of fishing and research tasks and also had a mechanized trawl handling system.