According to new research, an ice age that ended over 100,000 years ago confined the world’s sperm whales to a single population in the Pacific Ocean, creating a genetic bottleneck. 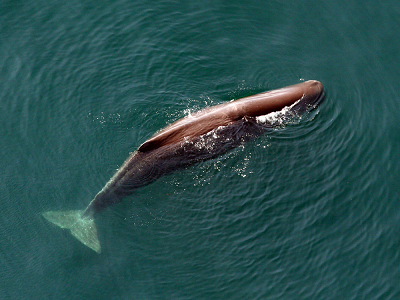 An ice age that ended just over 100,000 years ago apparently confined the world’s sperm whales to a single population in the Pacific Ocean, creating a genetic bottleneck that explains the unusually low genetic diversity of sperm whales around the world, researchers reported in Demography or selection on linked cultural traits or genes? published this week.

Widespread species more typically have a greater genetic diversity that comes with multiplying to worldwide numbers. But the mitochondrial DNA that sperm whales inherit from their mothers is not very diverse, with the genes of one sperm whale very similar to those of other sperm whales that may be half a world away.

Now a team of scientists analyzing the genetic code of 175 sperm whales from around the world has found that sperm whales declined to just one population in the Pacific Ocean during an ice age that ended about 100,000 years ago. Sperm whales have since recolonized the Atlantic and other oceans around the world so recently that their genes haven’t grown very diverse.

“It was surprising to me to think that a large, mobile, deep-water predator such as the sperm whale could have been excluded from an entire ocean basin, but past climate change has caused more extreme changes in the smaller Atlantic Ocean than the Pacific,” said Phil Morin, a research geneticist at NOAA Fisheries’ Southwest Fisheries Science Center in La Jolla, Calif., and lead author of the new publication. “That could have drastically changed the abundance and availability of sperm whale prey species.” 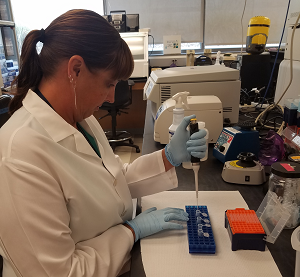 The climate-driven changes preceded whaling campaigns that later hunted sperm whales for the oil found in their blubber and the valuable spermaceti oil concentrated in their large heads, reducing their numbers by about two-thirds. While a sperm whale emerged victorious in the classic book Moby Dick, the genetic study indicates the species may be vulnerable to changes in climate that affect the world’s oceans.

“This suggests that future climate change could also have drastic and unpredictable effects on sperm whales,” he said.

Researchers did find enough differences in whale genomes from oceans around the world to tell that the whales in different areas have been isolated for tens of thousands of years, long enough to form distinct populations. The genetic details suggest that sperm whales in different oceans should be managed separately to ensure that all the populations are protected, the scientists said.

“Previous studies have shown that female sperm whales tend to stay in particular areas, so there are regional populations and lineages,” Morin said. “This could be a major reason why they can be heavily affected by climate change. If populations are unable or unwilling to move as habitats change, they may be unable to survive the changes in abundance and availability of their prey.”

A remaining puzzle is why sperm whales have remained so isolated in different ocean basins since spreading from the Pacific after the ice age, when the animals themselves are large and known to range over thousands of miles in search of deep-water squid.