The 2019 field season was to retrieve monk seal and sea turtle biologists after three months of research activities in the Northwestern Hawaiian Islands.

This morning, the team recovered a high-frequency acoustic recording package (HARP) for the Cetacean Research Program and deployed a new one in its place. The Sette's maneuvering and crane operations where impressive. The HARP will sit on the seafloor at a depth of around 1,000 m for the next year, listening for cetacean calls and collecting terabytes of acoustic data. This data will help to document the occurrence of everything from dolphins and humpback whales to the elusive beaked whales. 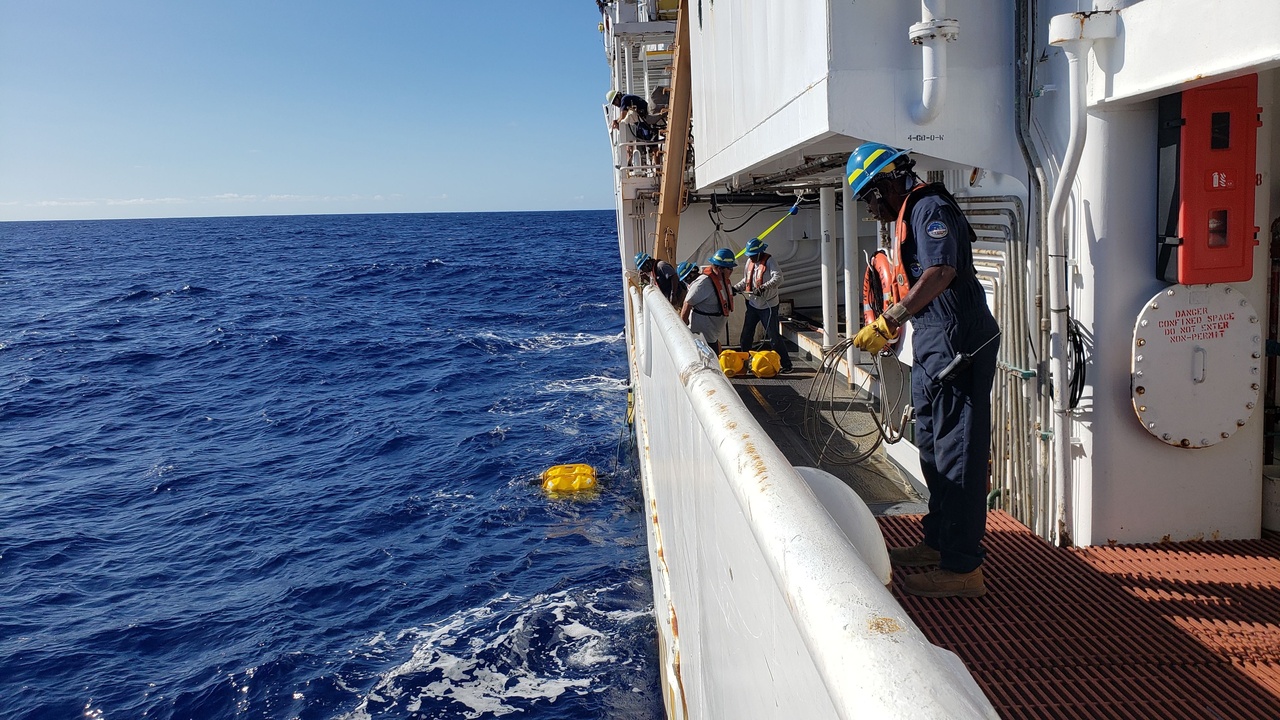 After turtle biologist couple Marylou and Jan Willem Staman working two field seasons side-by-side at French Frigate Shoals, this was the first field season time apart. When Jan Willem joined the Sette science team to survey turtles, he neglected to share his plans with his wife, the leader of the French Frigate Shoals turtle camp, that the Sette team will be doing a stopover. Everyone played along to surprise Marylou. It was a touching scene when the small boat pulled up to the Tern Island dock and the mysterious crew member removed his sunglasses and sun mask. 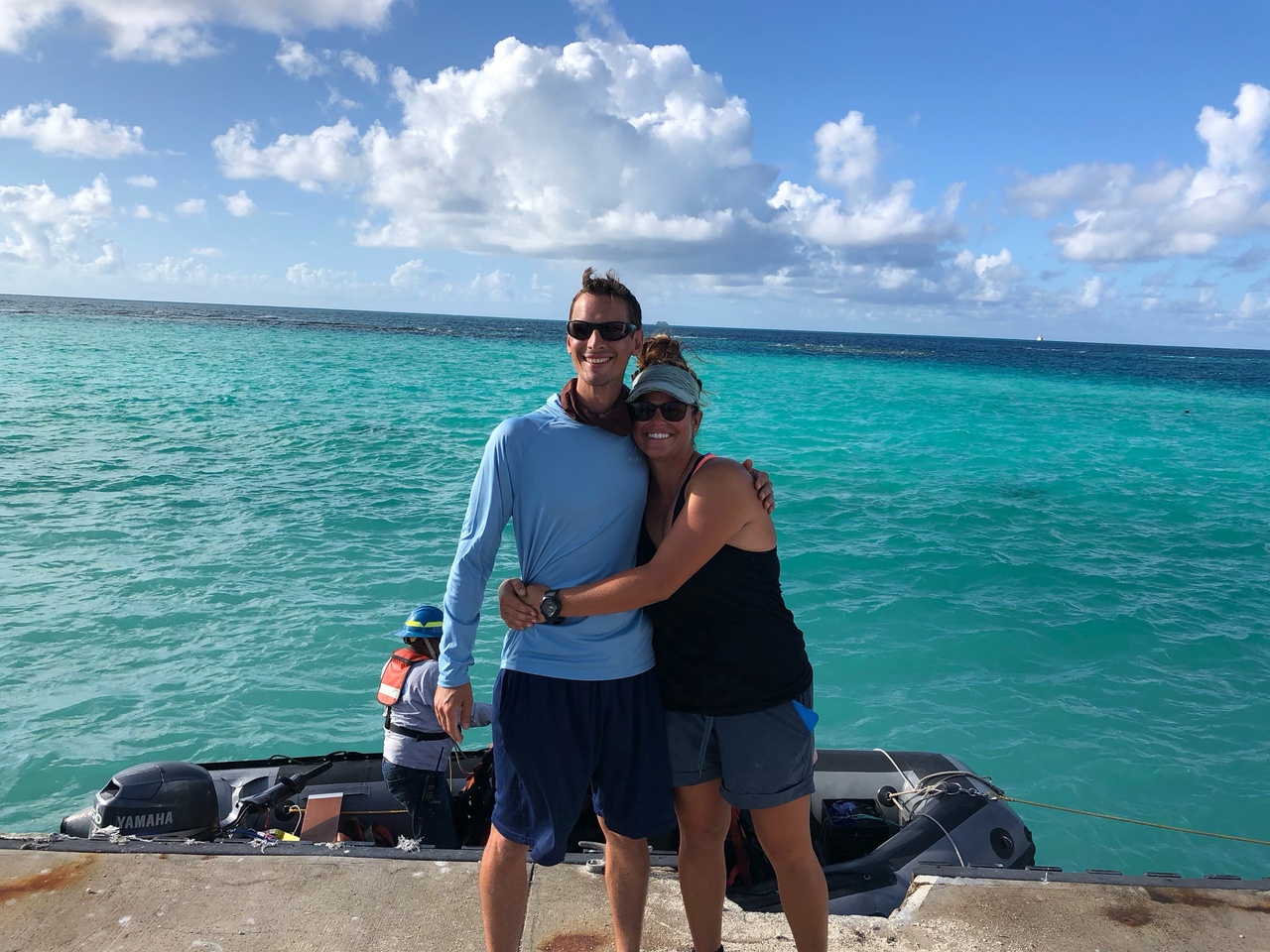 Today, the NOAA Ship made its first stop at Laysan Island. The field team was in great spirits and worked like a well-oiled machine after a banner year with 40 monk seal pups. We joined the team for a survey, during which they delivered their last vaccine for the season. We used our large team to herd one of the pups to a nice spot for tagging (#39 tagged out of 40). They definitely earned their first ice-cold popsicles in 3 months! 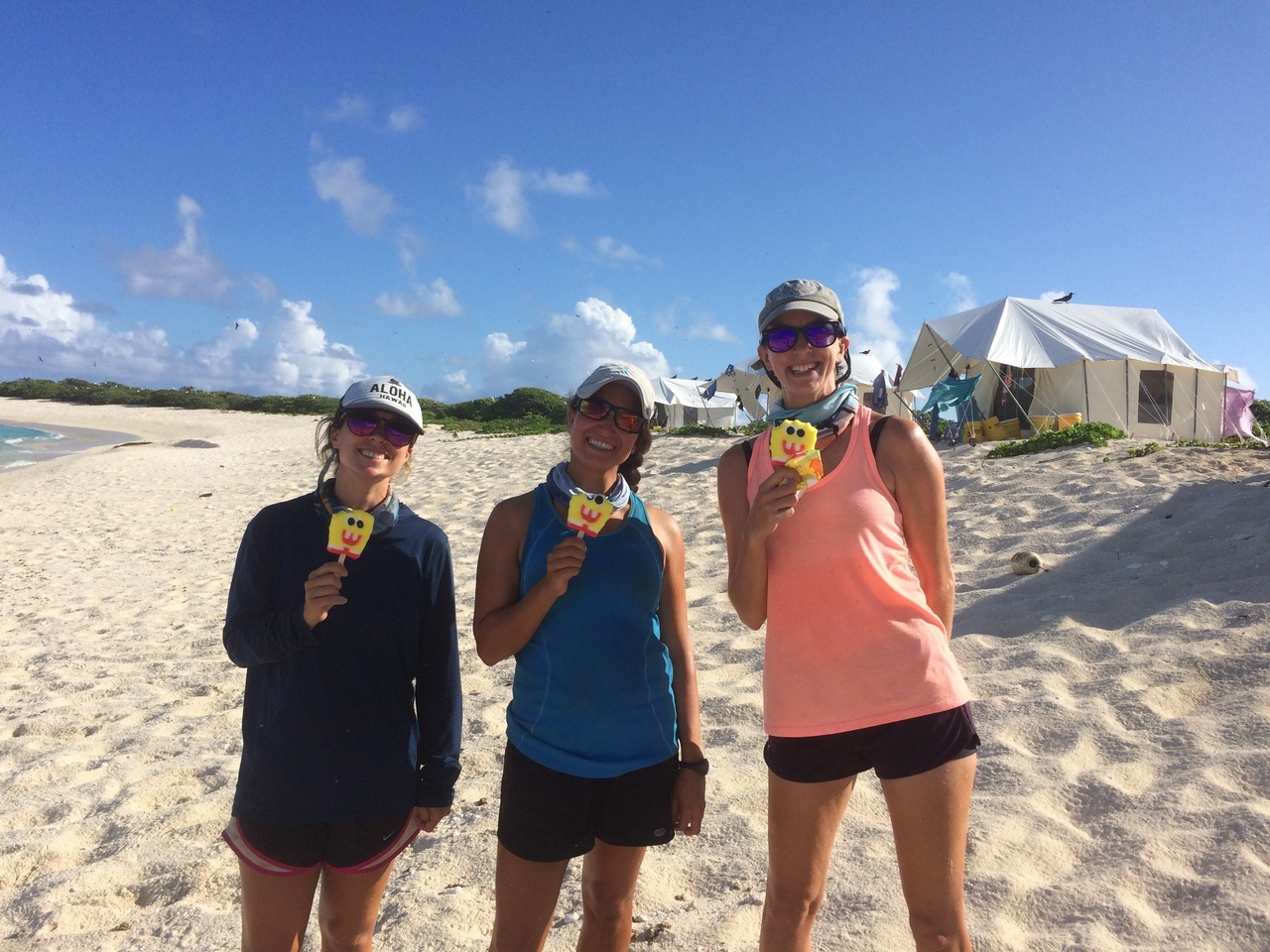 The team had a great day on Lisianski Island. They were able to help build a secure shore pen for malnourished monk seal pups that need rehabilitation. Rehab candidates can be penned on the beach a few days before pick-up to ensure that they make it onto the ship. 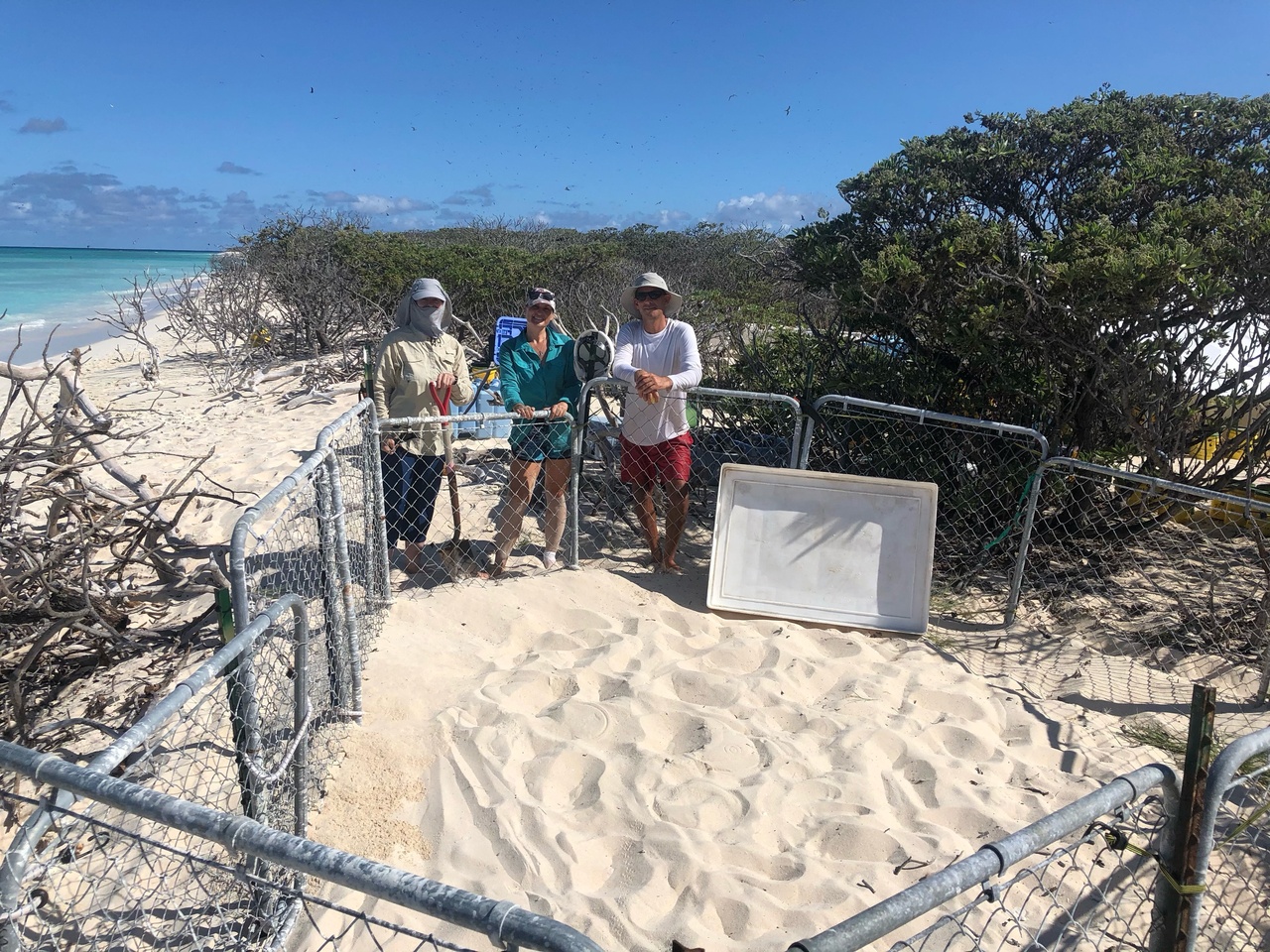 The crew's first stop at Nihoa Island was a success. The seas were favorable and the seals were plentiful. The monk seal researchers were able to get a good survey of both the west ledge and the primary beach, counting a total of 22 seals that included a nursing pup. The team is now transiting to Mokumanamana, hoping for another great survey tomorrow. 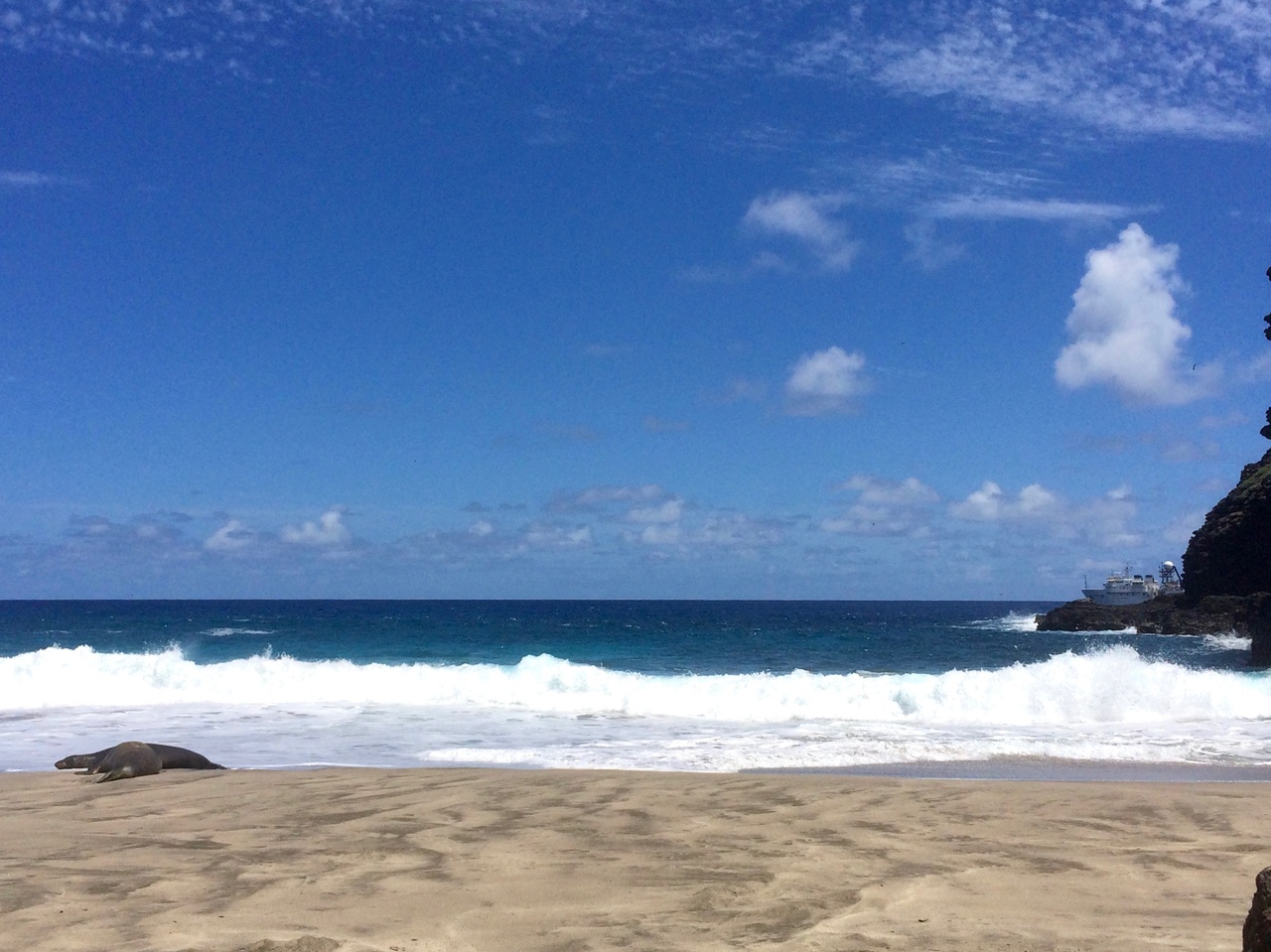 Monk seals on the beach at Nihoa Island with the NOAA Ship Sette in the background.

Return to the Northwestern Hawaiian Islands 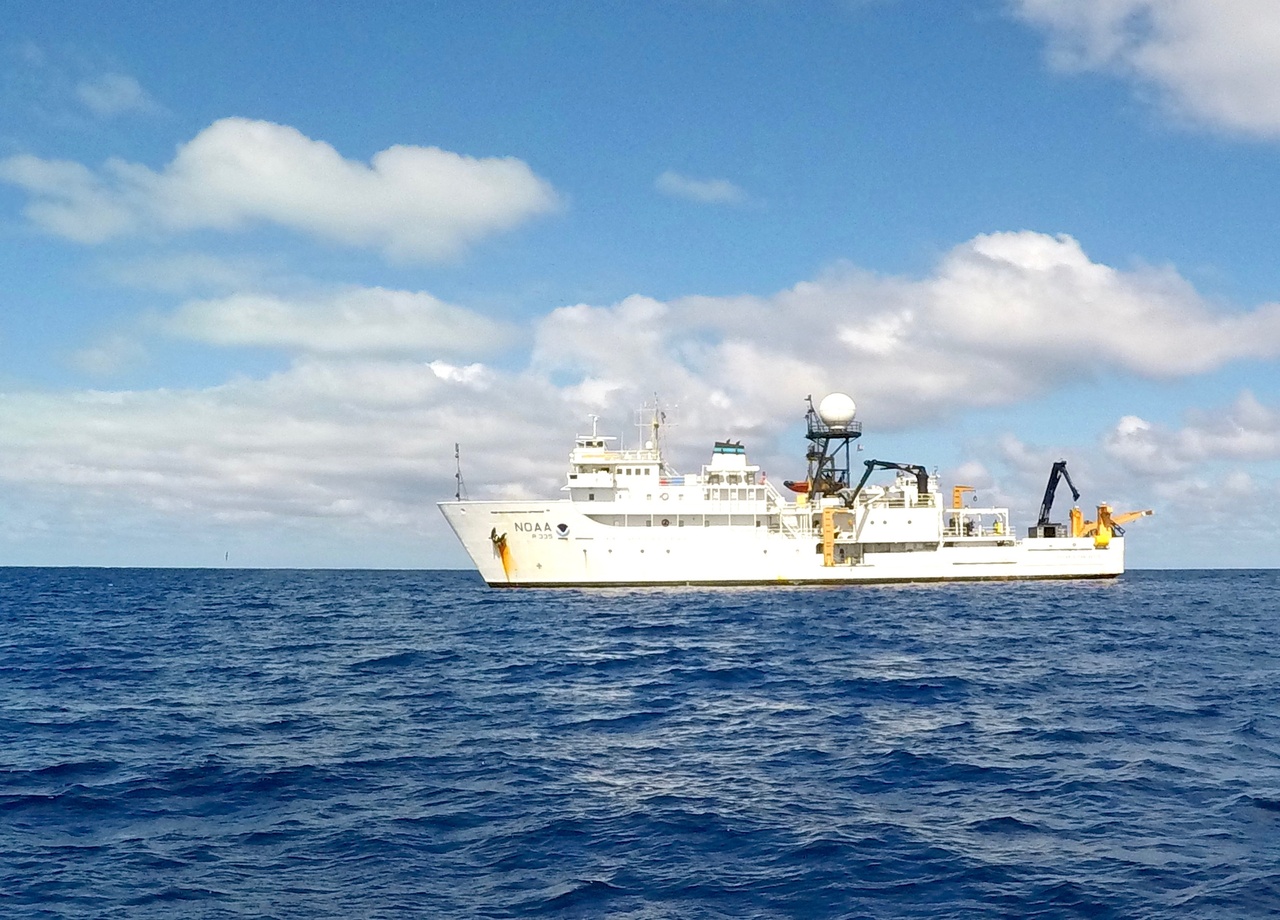