Glider Piloting with Jen: Where Are They Now?

A glider update as we wrap up the first third of our deployment. 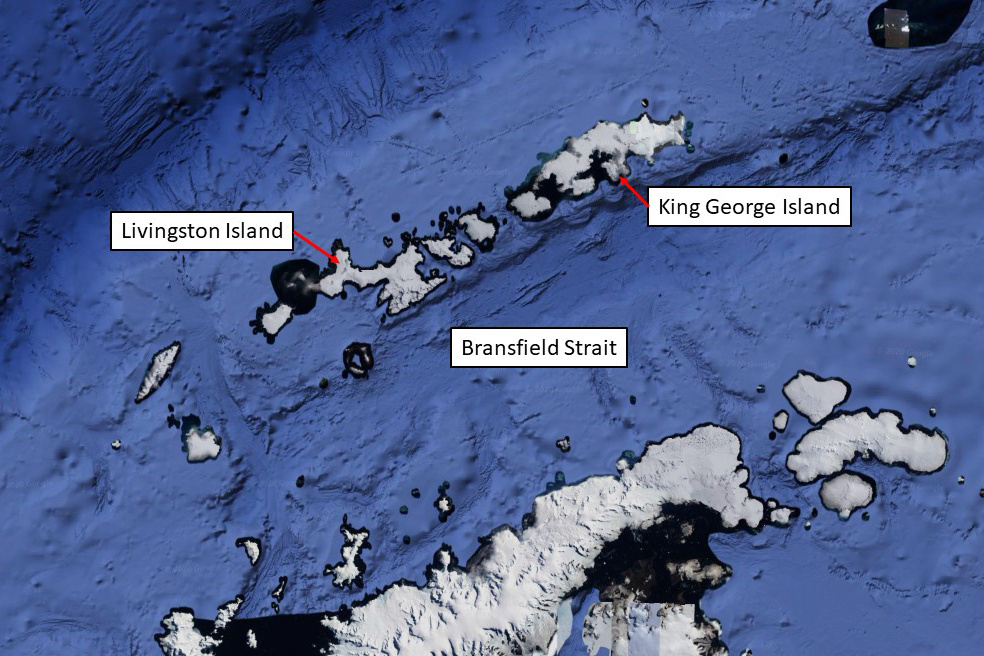 Gliders “AMLR01” and “AMLR03” were deployed in the Bransfield Strait. Glider “AMLR02” is north of Livingston Island.

One month down, two to go.

I go through different emotional phases of piloting as the season progresses. Phase One is the “Oh Geez This Is Happening” phase. During this phase, I pay attention to the gliders as though I’m watching the last two minutes of the Super Bowl and the game is tied. I sweat profusely if a glider surfaces and calls in even a second later than anticipated. Phase One lasts about a week.

I’m in Phase Two now, which is the “Okay Maybe I’ve Got This” phase. During this phase, I’m comfortable being more than five feet away from my laptop for several minutes at a time. Instead of freaking out about a late call-in, I start singing “Call Me Maybe.” Out loud. 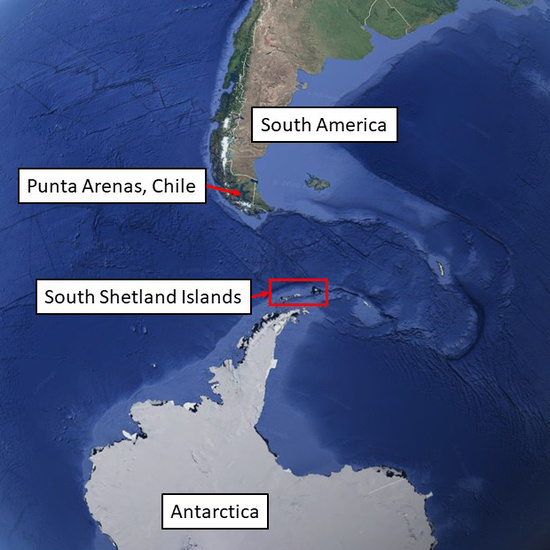 A map showing the Antarctic Peninsula, the tip of South America, Punta Arenas, Chile, and the South Shetland Islands off the northern coast of the peninsula.

I’m more relaxed because, despite a few hiccups early on, all three gliders are performing well. The glider we recovered just after it was deployed was fixed at Palmer Station (part of the National Science Foundation’s U.S. Antarctic Program). The plug that turns the glider on was corroded, which caused the constant resets. We cleaned the plug and redeployed the glider a few days later. It’s been doing well ever since.

The physical conditions in our survey area are different from last year, which means our piloting strategy is also different. The annual ice cover in the northern Antarctic Peninsula area is dynamic. We download satellite images every two to three days to monitor icebergs and navigate around them. Last year, there was so much ice that tracking it was nearly my full-time job. This year, there’s so little ice that we’ve hardly had to think about it. 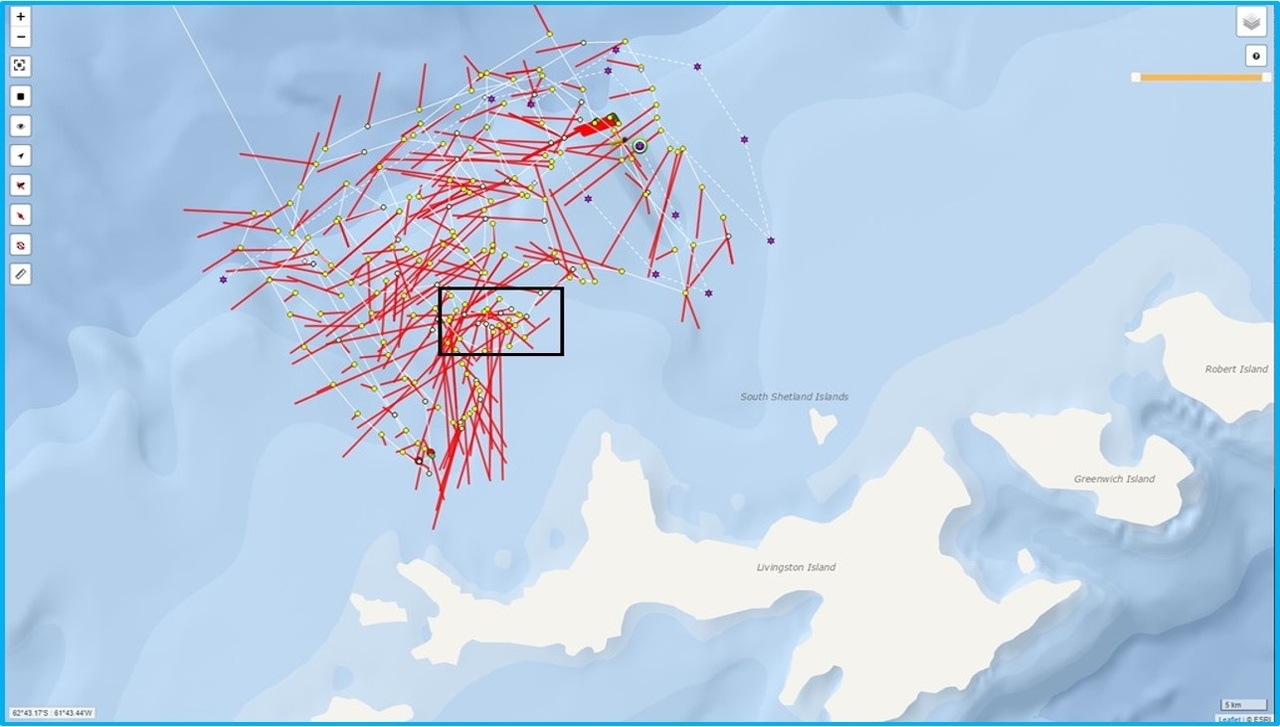 This year, our arch-enemy is extreme tides.

“King tides” are the highest high tides and the lowest low tides of the year. When the gliders are close to the islands, they are susceptible to tidal currents. These currents are especially strong during king tides—as fast as 1.5 feet per second. In calm water, a glider usually travels 0.5-1 foot per second. When the currents are faster than a glider can fly, the glider gets pushed around by the current, often in unpredictable directions. Sometimes a map of a glider’s tracks from an area of strong currents looks like we flushed the glider down a giant toilet. Although we try to aim the gliders in the direction of the current to help them along. Sometimes, though, we just have to wait for the tides to change to get the gliders back on track. 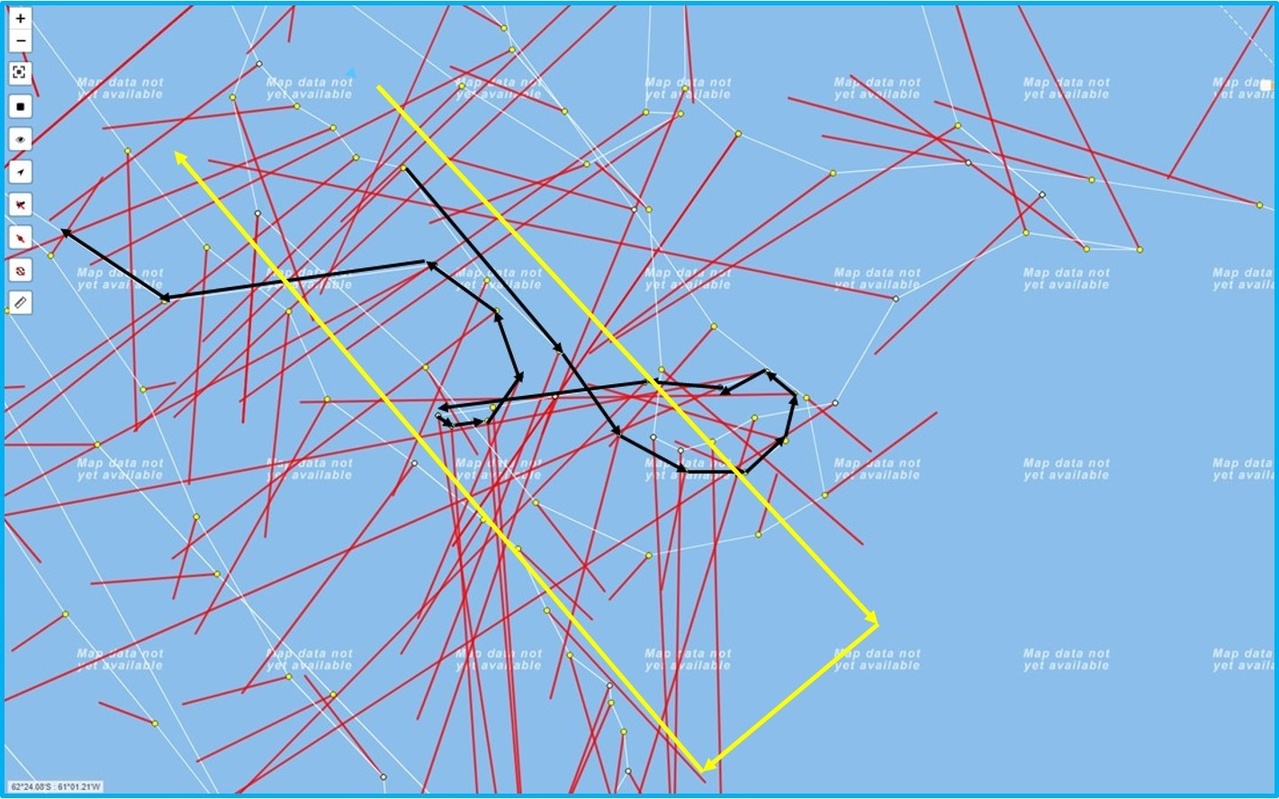 Our first encounter with king tides, December 14 – 15, 2019. The glider, AMLR02, was supposed to fly the straight lines of the yellow arrows. Instead, it followed the path of the black arrows as it tried to fight the current in shallow water (330 ft). Some of these currents were twice as fast as the glider can move.

Previous: Glider Piloting with Jen: How Does a Glider Do Science?

View More From This Series
Insight