We are happy to report that we have been maintaining our Newport Line sampling during this unprecedented time. We are taking all necessary precautions while at sea and are able to keep up on some important data processing and analysis from home.

It’s been a refreshing and exciting summer season. Early in the season, we had bouts of strong northern winds, creating strong upwelling conditions. We’ve also had some warm, calm days that brought droves of tourists to the coast for reprieve.

In May, we started seeing a strong northern copepod signal with some of the largest Calanus marshallae we have ever measured (3.5 cm) on the Newport Line! These northern species have maintained a strong presence throughout the summer.

Our Covid-19 contingency plans paid off, as we’ve recently returned from a 10-day research survey aboard the NOAA ship Bell M. Shimada. We were sampling along a familiar grid, from Crescent City, CA to La Push, WA, with some exciting scientists and new projects. Along with plenty of plankton nets and water sampling, scientists brought along some state-of-the-art equipment developed to image and quantify phytoplankton and zooplankton.

Maria Kavanaugh from OSU always has the best new tech and she did not disappoint this September. The Kavanaugh lab’s IFCB has become a familiar fixture in the Shimada Chem lab, continually measuring phytoplankton biomass and community composition as we transit and while on station. And don’t forget the beautiful images! Maria also showed off her new optical instruments designed to measure hyperspectral particulate absorption, scattering, and attenuation – measurements relevant to ocean color remote sensing and ocean biogeochemistry research.

Underneath the water, the OSU Plankton Ecology Lab deployed their In Situ Ichthyoplanktono Imaging System (ISIIS), images fine-scale vertical zooplankton distribution across the shelf. The ISIIS was deployed for 5-hour tows and scientists were able to watch real-time images in the lab, especially evident when encountering dense layers of plankton.

The survey progressed smoothly, with weather preventing us from sampling our most offshore stations on the Newport Line and Crescent City. Conditions were variable along the northern California Current.  Our first days of sampling were along the Newport Line, out to 85 nm, where plankton tows were pink and full of copepods with juvenile krill offshore. This was in contrast with the Crescent City transect which was full of gelatinous zooplankton, including the infamous pyrosomes and some chain-forming salps. Temperature profiles were also in contrast, with surface temperatures at Crescent City near 18°C while surface temperatures at Newport were 12°C. Seeing so many pyrosomes was unexpected and made us curious about the marine heatwave being tracked in the northeast Pacific. It had us wondering if we will we be seeing pyrosomes off Newport?

Moving north, we saw a couple pyrosomes in our nets at the Heceta Head Line, but small copepods and large diatoms dominated the plankton at our furthest north transects, La Push and Grays Harbor, WA. The CTD casts also showed large thermoclines at the northern stations (10° difference!) perhaps indicative of the copious rainfall from a large storm that had passed through the region.

As usual, we had a multitude of other projects that kept people busy and interested. Graduate students were quantifying microplankton grazing using dilution experiments on the back deck, climate scientists were culturing foraminifera species to understand how trace elements are incorporated into their calcite shells, and marine mammal observers were continuing a time series of marine mammal counts in the northern California Current. Not to mention other new, and continued, studies with eDNA, copepod genetics, HABs, and foram distribution.

This cruise was a welcome breath of fresh air for many of the scientists (and the Shimada crew!). The field work and data collection sparked new and old collaborations and we are excited for upcoming synthesis of all these different datasets.

Previous: Shaping Up To Be A Productive Winter Along the Newport Line Next: Winter and Spring Transition 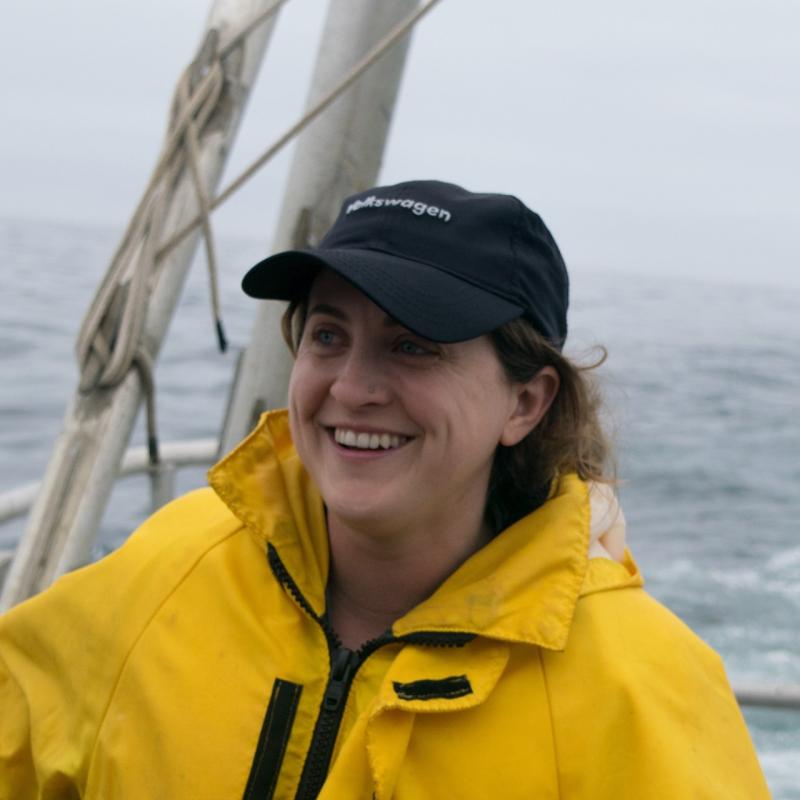 Last updated by Northwest Fisheries Science Center on May 03, 2021