Seabird Sighting at Sea: Not Just Another Brown Booby 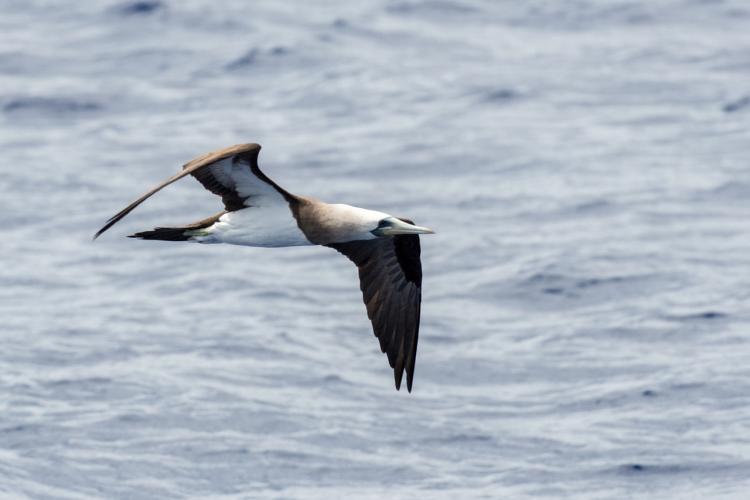 While our work in the Marianas is focused on marine mammals, we do appreciate the bird life on the water as well. Some seabirds feed on the same prey species as marine mammals, so paying attention to birds often leads us to whales and dolphins. Bird flocks are also much easier to see from a distance, so they’re always worth a closer look just in case there might be some fins hiding underneath. Over the years, our investigations of bird flocks have led us to spotted dolphins, false killer whales, Bryde’s whales, and more.

On August 28, 2018, we were surveying the waters off the west side of Saipan. In the distance, I noticed a flock of boobies and shearwaters with suspicious splashes underneath. These splashes could be the birds diving or fish jumping, but they could also be dolphins. We changed course to investigate. 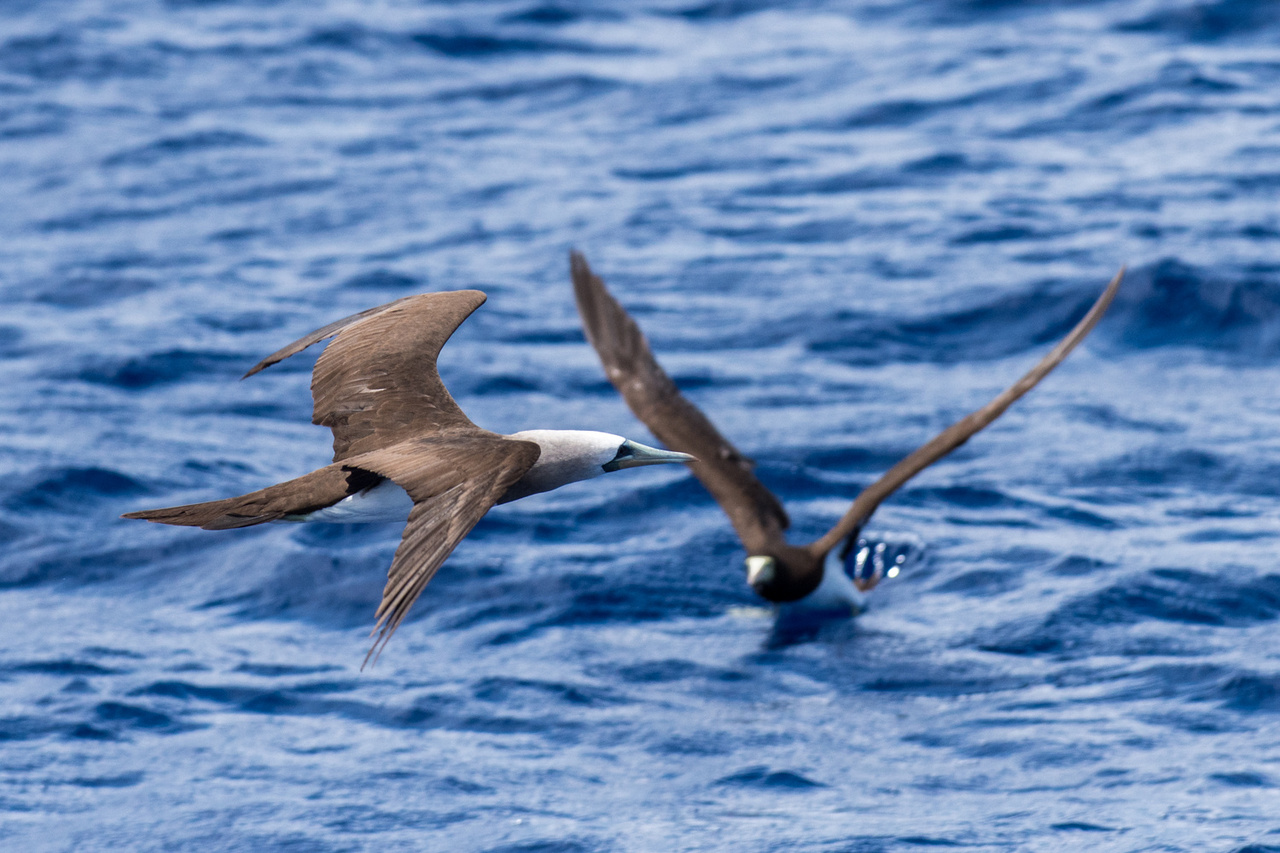 A Brewster's brown booby with a brown booby in the background. Photo: NOAA Fisheries/Adam Ü

As we approached the action, we saw that the splashes were indeed the result of all three. Most of the splashes were birds plunging into the water or fish jumping out of the water, but there were a few spotted dolphins, too. We focused on photographing and counting them. At one point, between surfacing dolphins, a particular bird caught my eye—something about it was different than all the other brown and red-footed boobies that we usually see. It had a white face like a red-foot, but brown back and wings like a brown.

What was this odd bird? It took off as we got closer, but not before I realized what it was—a male Brewster’s brown booby—a subspecies known from Mexico, Central America, and islands in the Eastern Tropical Pacific. I knew these white-headed variants were rare visitors to Hawai‘i, so I was quite surprised to see one as far west, or east, as the Marianas.

When we got back to shore, I sent my photos to other bird experts (Dawn Breese, Peter Pyle, Eric VanderWerf, and Gary Sykes. I also checked eBird and did a literature search on previous sightings) for species confirmation. Upon further review it turns out that this bird may have come from Clipperton Island based on the amount of white on the head and neck (Bob Pitman pers. comm.) and may be the first record of this subspecies for the Marianas or even all of Micronesia!