There and Back Again: A Turtle Biologist’s Tale

Part 1 of our journey to recover the 2019 field camps in the Northwestern Hawaiian Islands. 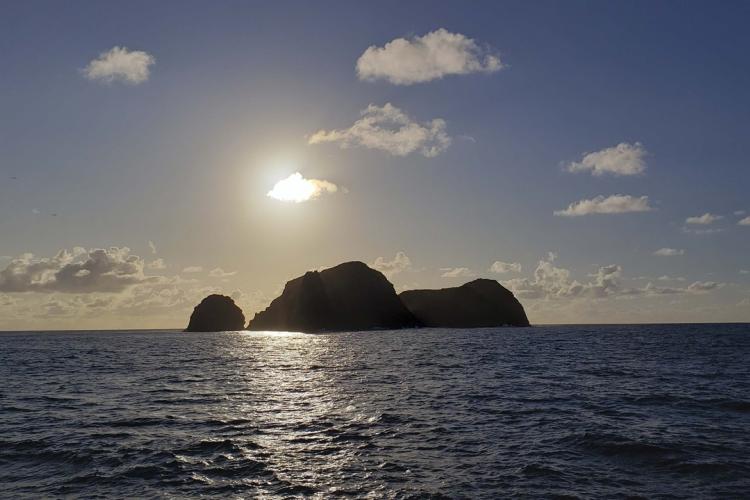 I wake up to the smell of bacon and coffee, my stateroom is right above the kitchen. It is 5:30 on the 2nd day of our 21-day journey into the Papahānaumokuākea Marine National Monument. The sun slowly rises behind us, pink hues fill the sky. In front of us, Mokumanamana rises from the depths of the ocean, immense and isolated.

Mokumanamana, formerly known as Necker, is actually our second stop of this cruise. We started our surveys yesterday on Nihoa, another massive entity with steep cliffs and a little, protected sandy cove.

These two islands are sacred in Hawaiian culture. Lying on the Tropic of Cancer, they are the divide between light and darkness, and were traditionally used for ceremonies and worshipping. We are here now because these islands hide something else—life.

Every year, NOAA’s Marine Turtle Biology and Assessment Program and the Hawaiian Monk Seal Research Program deploy field camps throughout the Monument to assess the populations of Hawaiian monk seal and green sea turtle. The purpose of our cruise is to pick up the deployed field research camps, but also to conduct surveys along the way.

Every time we get close to an island, we are greeted and escorted by dozens of different birds. Often they will lead the way, like a welcome party, to the places where we want to go. Or at least that’s how I like to look at it.

The landings on these two islands are notoriously hard. One can only imagine how difficult it must have been, before motorized boats, to maneuver the traditional canoes and outriggers to safely set foot on land. But thanks to the experienced small boat crew, TJ and Ray, we were able to make it look easy and smooth and land on both islands without any issues.

Both surveys on Nihoa and Mokumanamana were a great success. We identified various adult monk seals and found several newly born pups and weaned seals. We only saw one turtle leaving the rocky shores of Mokumanamana, but observed several in the water.

Our next stop is French Frigate Shoals, the main nesting ground for the Hawaiian green sea turtle. An estimated 96 percent of the entire population uses this remote island atoll to mate and nest. This island also holds something very dear to me: my wife, Marylou.

As a quick back story, my wife—who by the age of 4 already knew she wanted to work with turtles—and I have spent the past two springs and summers living and working on these little islands. We mostly worked at night, observing nesting female turtles, counting eggs, and deploying temperature data loggers. During the day, we would tag turtle flippers, collect DNA samples, measure basking males and females, and enter as much of our data as possible. This year, I decided not to go.

I haven’t seen my wife in 4 months, but that would hopefully change the next day. She had no idea I was coming. This was all an elaborate plan, weeks in the making, that we kept secret from her with the help of the ship’s crew and science team.

My day started way before my alarm went off. I watched the sun rise over La Perouse Pinnacle, the last remainder of the island volcano that once was. I could make out Tern Island in the distance with the remnants of buildings breaking the horizon. The island was built up around the end of World War II and is shaped like a giant aircraft carrier. The runway has not been used for a few years, and the abandoned air strip now functions as nesting grounds for countless albatrosses, boobies, petrels, and shearwaters.

Upon approach to the dock, Marylou recognized me from a distance. I could see her expression, and the tears flowing happily from her eyes. 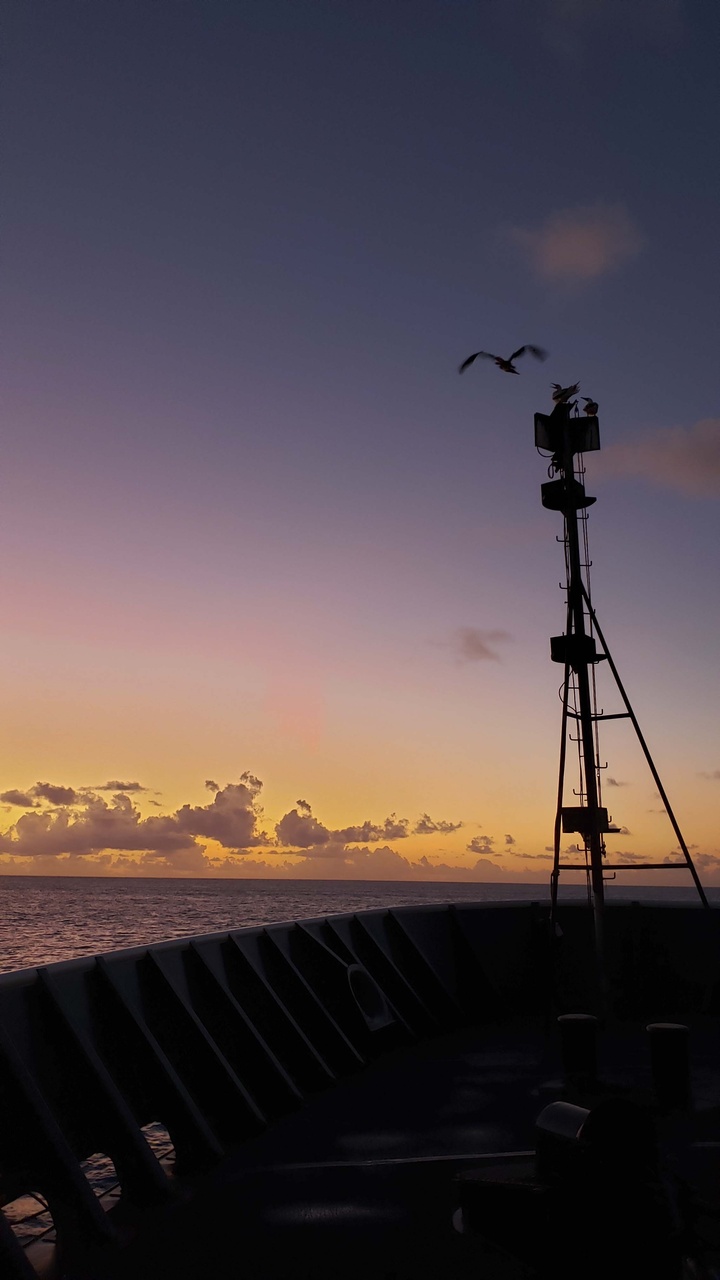 Coming back to islands that were severely damaged by Hurricane Walaka was surreal. Last season, we left camp ahead of the impending hurricane. It greatly damaged Tern Island, the second most important nesting beach for the Hawaiian green sea turtle. Seawater washed over most parts of the island, taking out the majority of the low-lying shrubs and bushes, and leaving behind a thin layer of soft sand over the runway.

It completely wiped out East Island, the main nesting beach for the Hawaiian green sea turtle. After the storm, all that was left was a small sand bank with barely enough space for monk seals and turtles to haul out and rest. The island built back up over the winter season to approximately a third of its previous length, but due to its very narrow width, high tides are able to wash over and potentially inundate (flood) any turtle nests laid this season.

The data collected this season will help us understand how the turtles may acclimate to the loss of their primary nesting site and if some of the three remaining low-lying islands are still viable options for nesting.

After saying our goodbyes we keep heading north-west up the chain. Our next stop is Laysan, the biggest of the uninhabited islands in the Northwestern Hawaiian Islands. In past centuries, Laysan Island served many purposes: it was used as a base for a guano mining company and a location for obtaining bird feathers (it was all the rage to wear exotic feathers in Europe and Japan in the 1800s–1900s). Thousands of eggs and birds were collected and poached, pushing some of the populations close to collapse. Rabbits were introduced for a meat canning business, but the rabbits soon overtook the island and decimated the vegetation.

Nowadays, thanks to conservation efforts by the U.S. Government and many partners, Laysan is again teaming with life, including the endemic Laysan duck. We joined the field research team for a long survey looking for weaned pups and signs of turtle activity. Even though Laysan is the next island in the chain after French Frigate Shoals, few turtle nests have been reported. 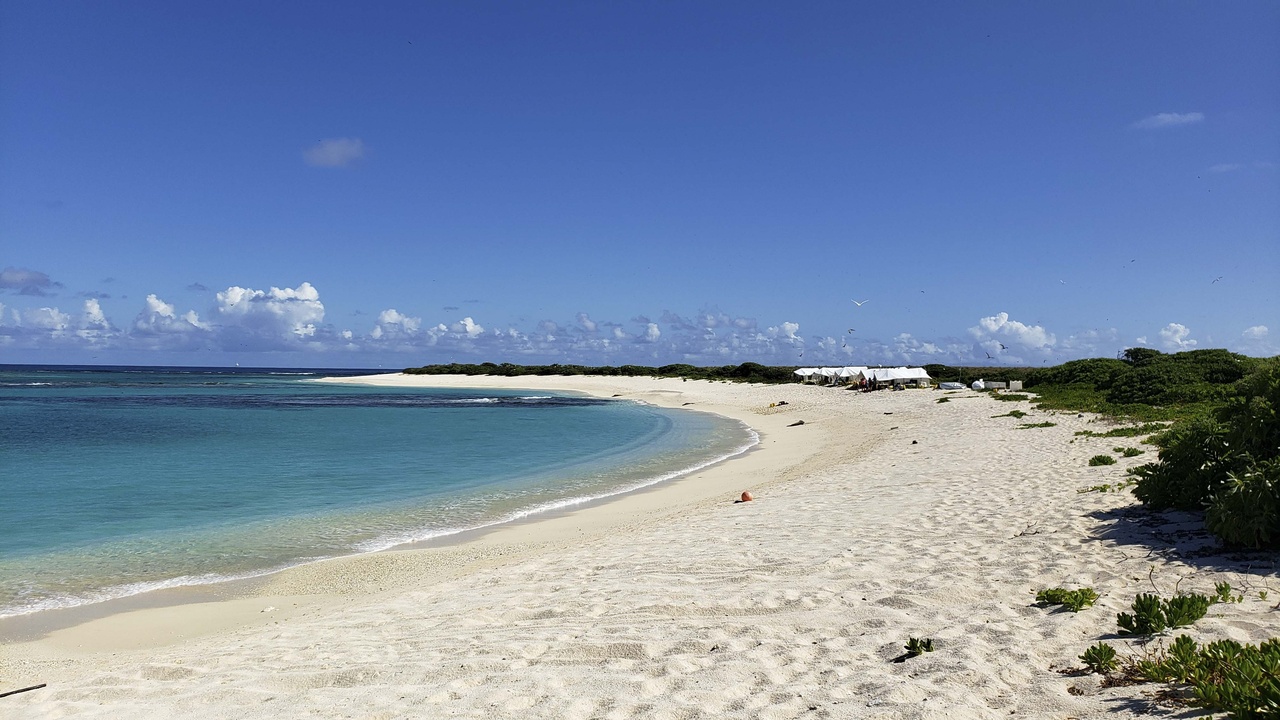 We observed a handful of nests, pits (the initial stage of a turtle nest—more about the process of nesting in my next post), and tracks. The team was lucky enough to stumble upon an emerging nest about a week before our arrival. A few days later, the team excavated the nest to determine how many hatchlings it produced and obtain other valuable information including DNA samples for genetic relatedness studies. 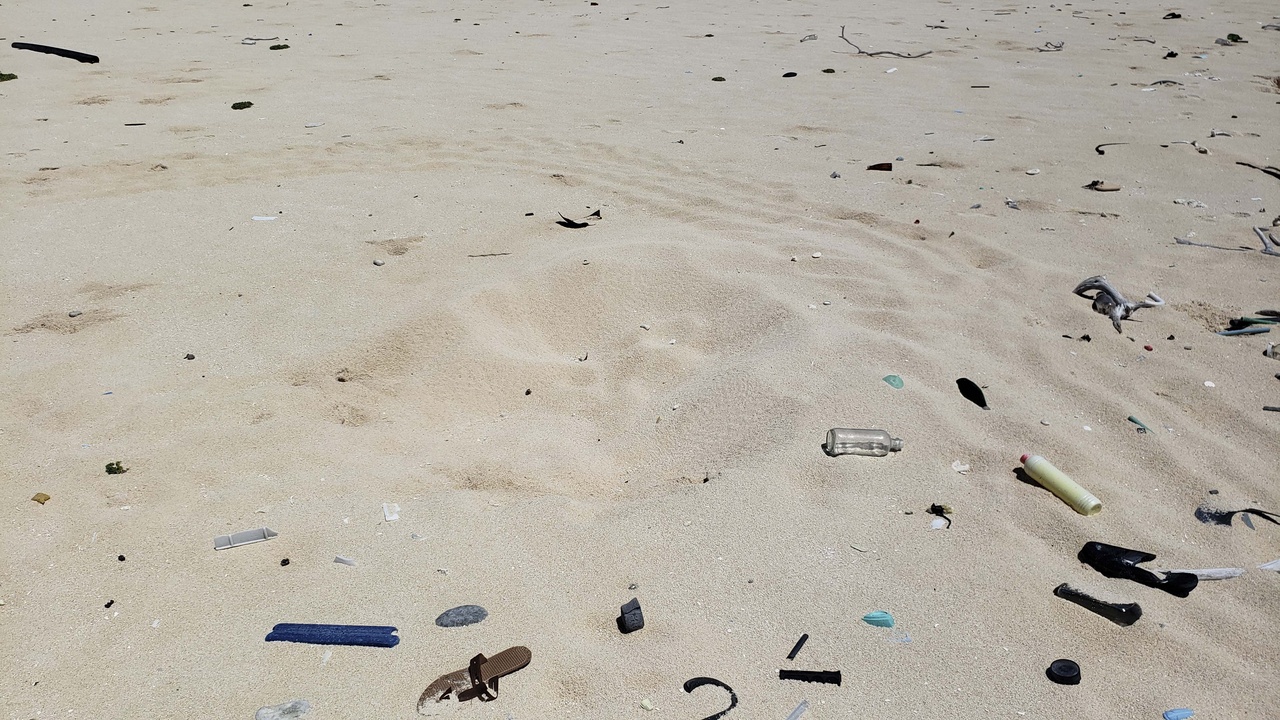 In the next few days we will visit Lisianski and Kure. Kure will be our turn-around point and where we will start picking up the field researchers from their long season (4 months of living on these remote islands). I am sure some of them cannot wait to finally have a warm, freshwater shower again.

And fresh fruit. And maybe some ice cream… 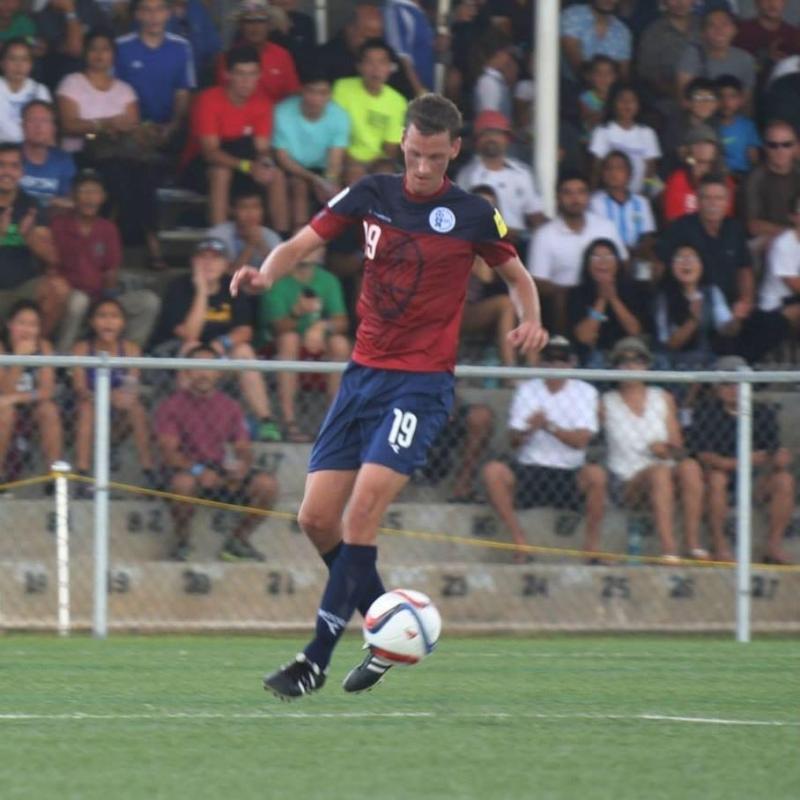 Jan Willem is originally from the Netherlands and has spent much of his life living on tiny islands in other parts of the world, including Bonaire (where he met Marylou), Guam, and now O'ahu. After becoming a U.S. citizen, he played professional soccer for the Guam National Team. When he isn't conducting marine research on sea turtles, manta rays, or corals, he is an avid diver and underwater photographer. He also enjoys taking their cat Mickey to the beach for walks on his leash.