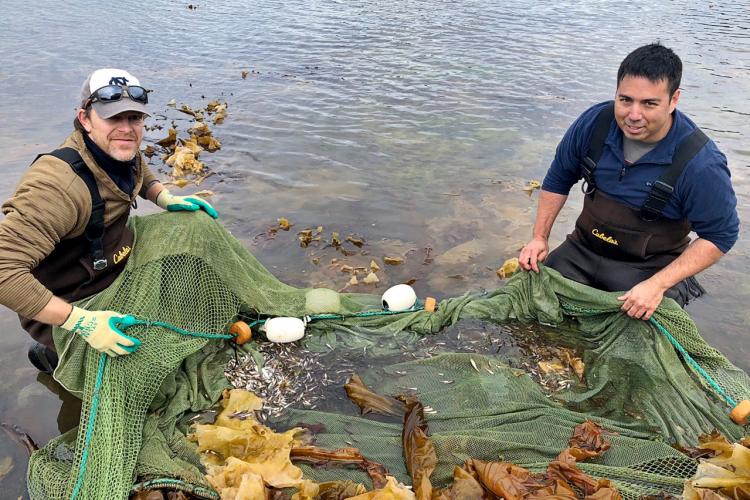 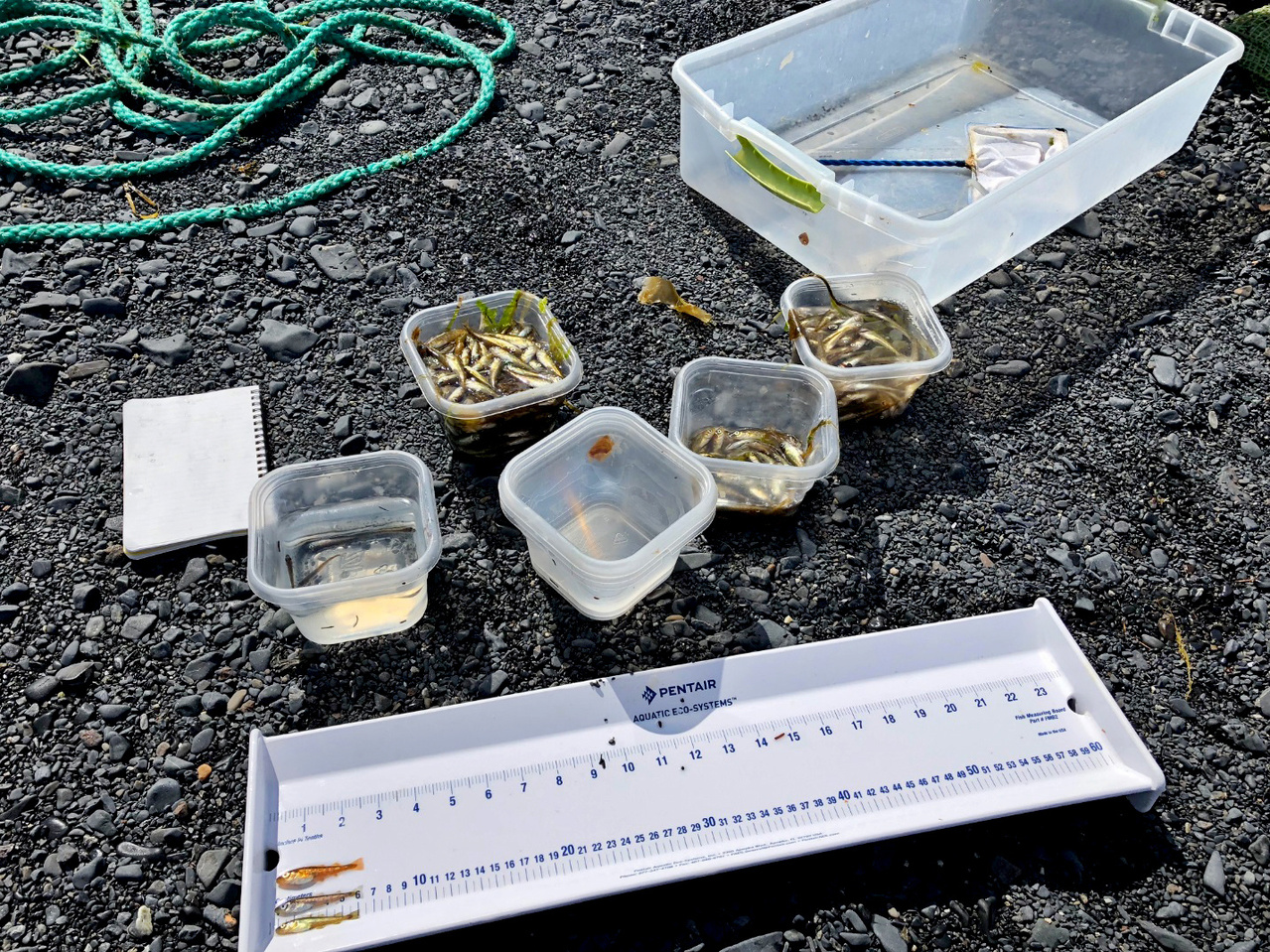 Juvenile fish are identified, sorted, counted and then measured.

We just got back from Kodiak, Alaska after a successful week of surveying for young-of-the-year Pacific cod. Juvenile Pacific cod only use the nearshore for a short period in the summer and early fall before migrating into deeper water and joining the older population. It gives us a rare opportunity to use small boats and beach seines to access what is otherwise considered an offshore marine fish species. Great weather in the summer can make the work very enjoyable, especially when it takes you into the beautiful bays around Kodiak Island and the Alaskan peninsula!

The first indications from our survey seem promising----temperatures were near normal and juvenile Pacific cod were much more abundant compared to the 2014-16 ‘Warm Blob’ years. We also used underwater video cameras to survey deeper coastal water (30’) for the abundant 2017 year class from last year (now age-1 juveniles). (Stay tuned as we hope to have some of that video analyzed soon). 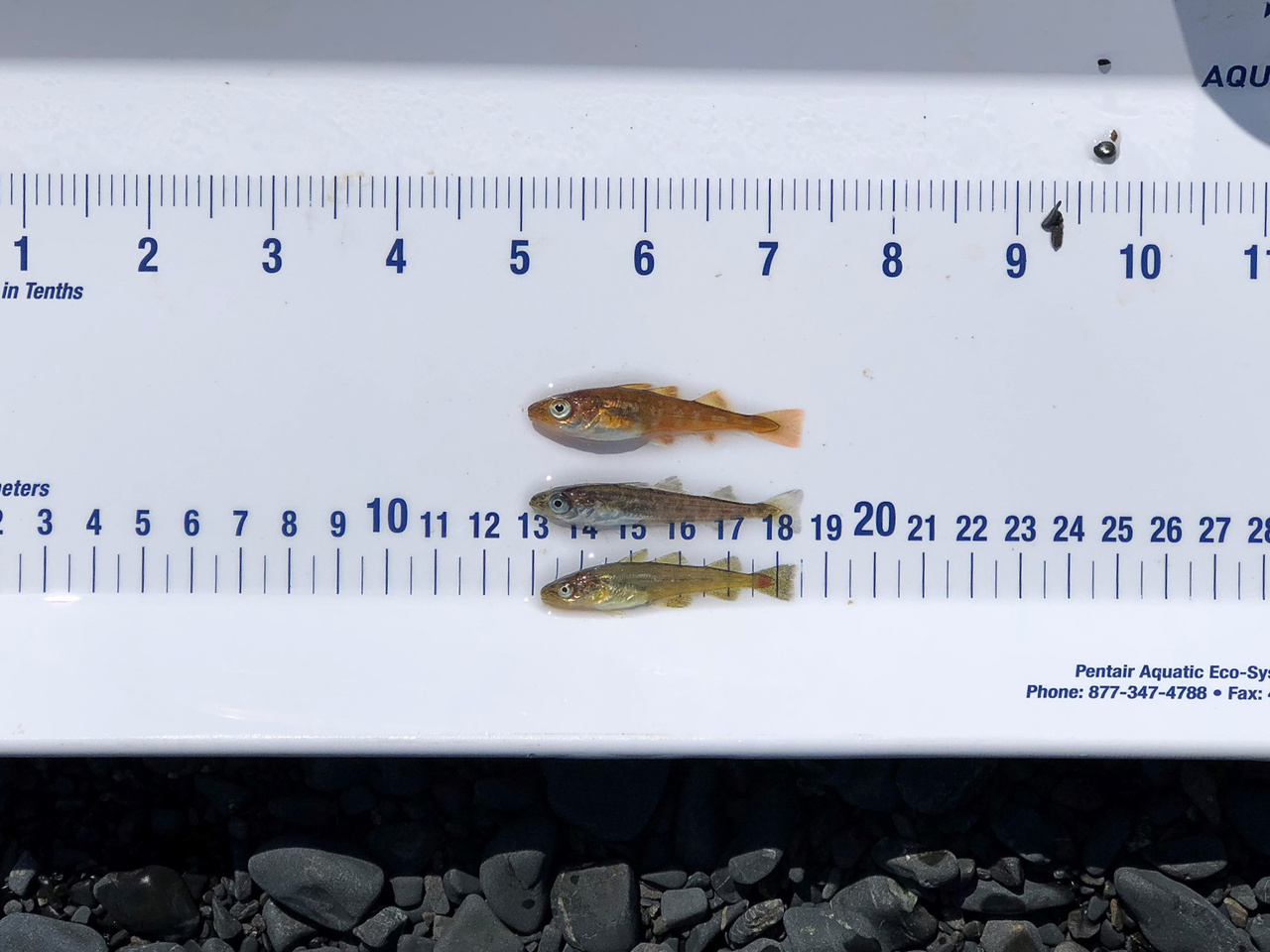 On the measuring board are three species of ‘cod’ (aka gadids) that often co-occur in the beach seine collections. From top to bottom they are; Pacific cod Gadus macrocephalus, walleye pollock (Gadus chalcogrammus) and saffron cod (Eleginus gracilis). 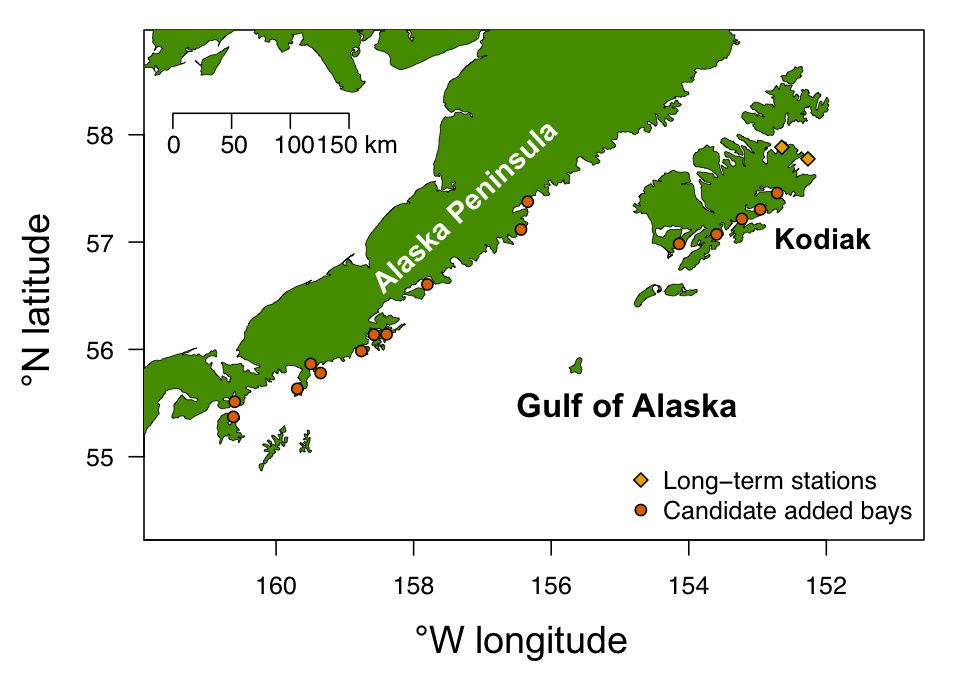 At the end of the survey, we also were able to collect ~120 live juveniles and ship them back to our lab in Newport. Fish were packed into plastic bags filled with 100% oxygen and transported by air cargo in insulated coolers. Those fish should be arriving today and will be held in the laboratory for use in a series of bioenergetic (study of fish metabolism, energy transfer) experiments in the fall and winter.

We will return to Kodiak again in late August for one more survey of Kodiak. Our colleagues from University of Alaska Fairbanks also will be getting back from their survey of the Southwest Kodiak and the Western Alaska Peninsula. Together, these data should provide us a more comprehensive assessment of pre-recruiting fish (number of fish that may contribute to future adult population) and potential recovery of Pacific cod stocks in the Gulf of Alaska. 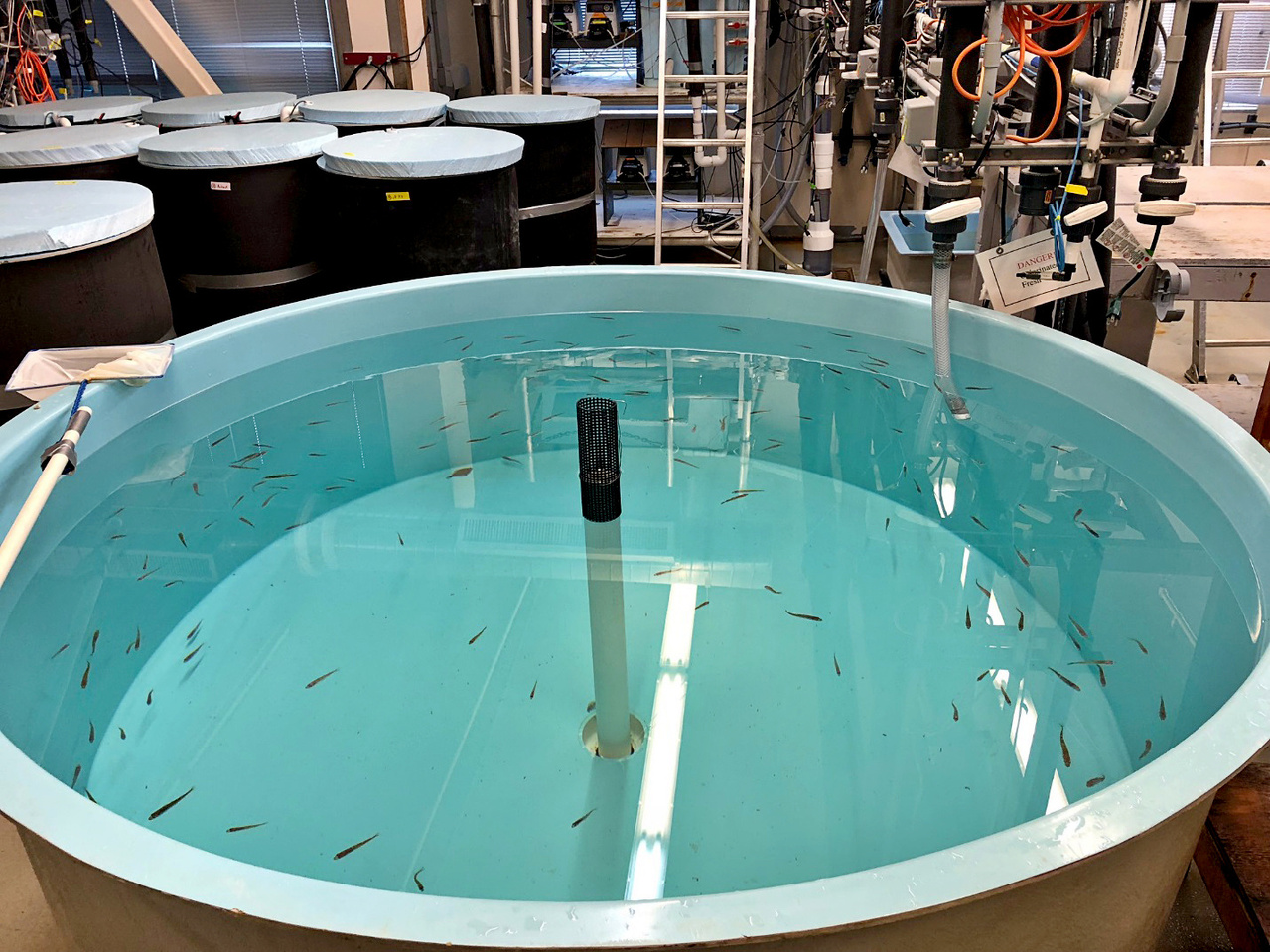 These juvenile Pacific cod were collected by seine and transported to the NOAA- Alaska Fisheries Science Center’s Kodiak laboratory. After 24 -48 hours, we pack these fish into coolers and live transport them to our Newport laboratory. 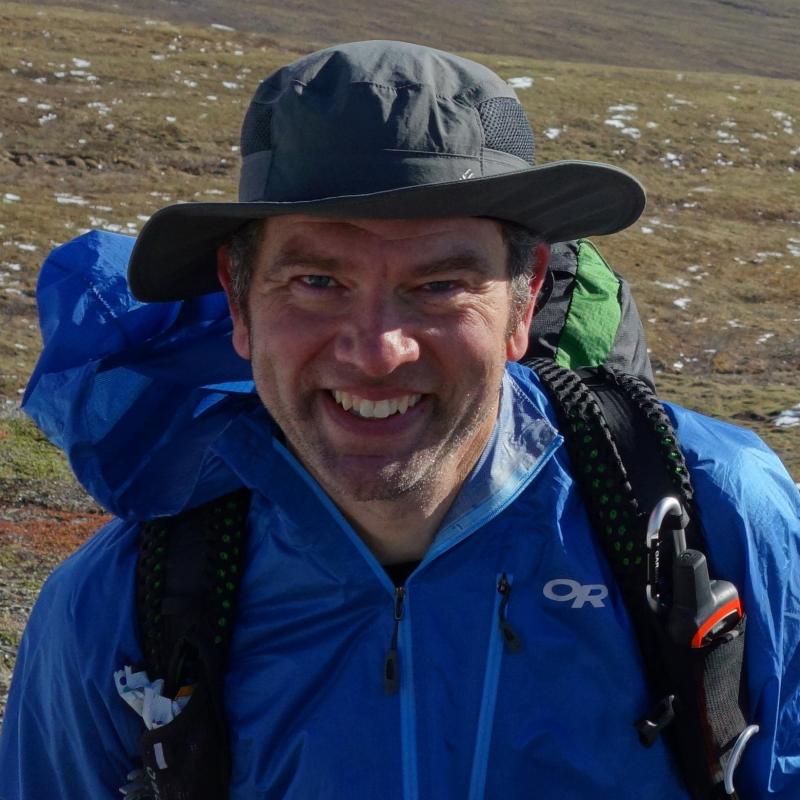 Ben Laurel has spent more than 20 years studying early life stages of cold-water commercial fish. Ben began his science career as a graduate student in Newfoundland, Canada following the collapse of the Atlantic cod fishery. He currently leads several field and laboratory research projects involving graduate students and technical staff. He is interested in Pacific cod and how this species is responding to climate change in Alaskan waters.