Learn more about the Reef Fish Survey Team and the work they do. 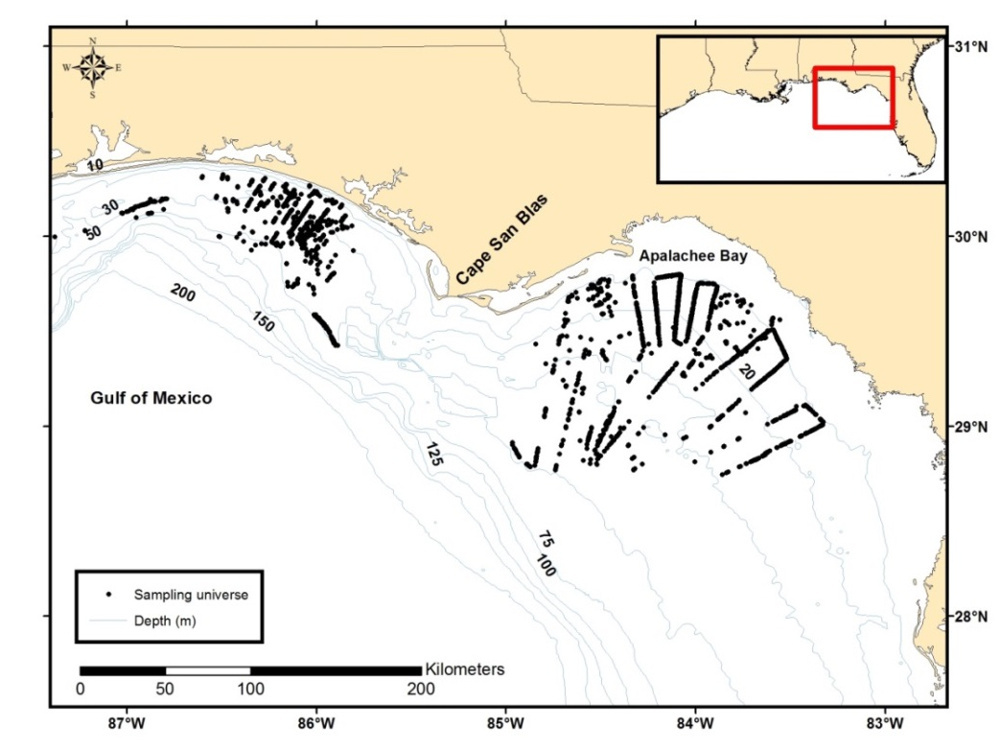 Beginning in 2004, a survey of reef fishes on the inner shelf natural hard bottom habitat in the northeastern Gulf of Mexico was conducted using chevron fish traps. In 2005, stationary video cameras were added to the survey for collecting visual data on relative abundance and species composition.

The focus areas are in waters 10 to 50 meters in depth, and from waters offshore of Pensacola, Florida to Crystal River, Florida. Sampling is conducted during daylight hours (1 hour after sunrise to 1 hour before sunset) from May through October. Each station consists of a 30 minute camera drop, followed by an instrument to collect temperature, salinity, oxygen, and light transmission  Traps are dropped after the camera array has been recovered on approximately 50 percent of the stations in order to obtain length, age, and reproductive data.  All trap-caught fish are identified, counted, and measured to maximum total and fork length.  Catch per unit effort is then computed for each species as numbers caught per trap hour. Otoliths are collected from randomly subsampled groupers, snappers, black seabass, red porgy, hogfish, and white grunt. For gray triggerfish the first dorsal spine is taken for aging. 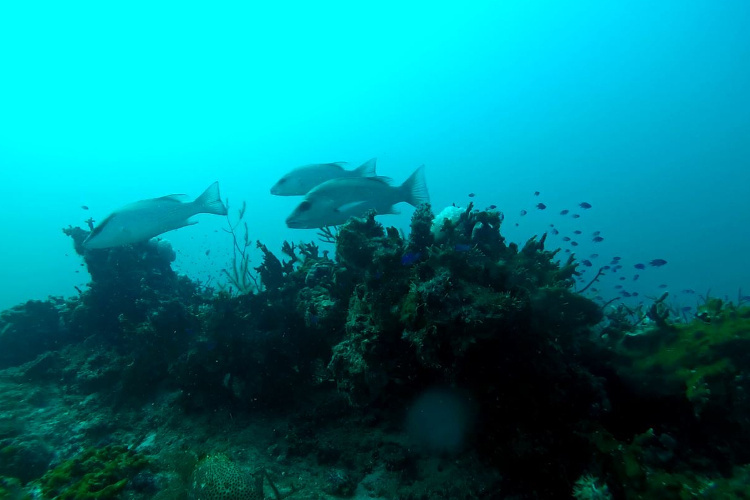 Three gray snapper and a rock hind check out the camera array on a Big Bend area reef.

In 2006, we began studying fish community structure, trophic dynamics, demographics, and habitat associations on hard bottom habitats from nearshore to the shelf break (70 meters) in the northeastern Gulf of Mexico, as well as delineating and quantifying those habitats using multi-beam sonar. Three sites were sampled seasonally (winter, summer, and fall) in each of three depths: 23 meters (inshore), 37 meters (midshelf), and 49 meters (offshore).  Video data on species composition, relative abundance, and size structure were collected using a remotely operated vehicle—called an ROV.

Specimens for age, food habits, and stable isotope analyses were collected using hook-and-line, traps, and spears. In addition to monitoring these hard bottom, low relief reefs (less than 2 meters), we have started studying high relief reef habitats in similar depths to our current midshelf and offshore sites (37 to 49 meters), but host relief of up to 10 meters. Thus far, the habitat has been mapped using side scan sonar and ROV visual sampling is ongoing.