Why are you closing the Unusual Mortality Event?

The marked increase in bottlenose dolphin strandings and higher than average presence of freshwater skin lesions in stranded dolphins associated with this UME ended in November 2019. In addition, the extreme flood waters had diminished.  The team of scientists who investigated this UME determined the cause of the UME as being environmentally driven and due to low salinity waters in 2019 from extreme freshwater discharge from watersheds that drain into the NGOM.

How widespread was this Unusual Mortality Event?

Increased mortalities of bottlenose dolphins were observed along the NGOM coastline from the eastern border of Taylor County, Florida through Louisiana, so four states were involved: Florida, Alabama, Mississippi, and Louisiana. The highest number of strandings occurred in Mississippi and eastern Louisiana.

What are the dates for this UME?  How many bottlenose dolphins are included in this UME?

The UME is defined as occurring from February 1, 2019 to November 30, 2019. During this time at least 337 bottlenose dolphins stranded. Peak strandings occurred between February 1, 2019 and June 30, 2019 with 88% (297/337) of bottlenose dolphins stranding during this time. A recent increase in strandings has been observed in Spring 2020, primarily in Alabama, and will be monitored as part of post-UME monitoring activities.

What do scientists believe is the most likely cause of this UME?

After analyzing various potential causes for the increase in dolphin mortality, scientists determined that the most likely cause of this UME was exposure to low salinity waters in 2019 from the above average freshwater discharge into the NGOM. Prolonged exposure to low salinity water (e.g., <10ppt) has been documented to have harmful health impacts on bottlenose dolphins, ranging from skin lesions and serum electrolyte abnormalities, to death.

What unusual ocean conditions occurred in 2019? Did those conditions continue into 2020?

These strandings coincided with a record-breaking year of precipitation (snow and rain) in the watersheds that drain into the NGOM. This caused an unprecedented amount of freshwater discharge during the winter, spring and summer months of 2019 which resulted in a drop in salinity levels across the coastally associated waters in the region (e.g., <10ppt). This was most pronounced and prolonged in the western Mississippi Sound due to the massive freshwater discharge from the Mississippi River, including its various spillways and diversions (e.g., Caernarvon diversion, Bohemia spillway, Bonnet Carré spillway). High freshwater discharge and low salinity levels improved starting in July 2019 and were back to normal levels in the fall of 2019.

In February through May 2020, a number of stranded bottlenose dolphins have been found with skin lesions consistent with prolonged exposure to low salinity, primarily in Alabama. The Mobile Bay watershed is experiencing a 40-year flood with increased levels of freshwater discharge and associated low salinity. The freshwater discharge levels in Alabama in 2020 are higher than what occurred during the same timeframe in 2019. Freshwater discharge in other areas of the NGOM in 2020 is lower than what was experienced in 2019. We are monitoring strandings and environmental conditions during this post-UME period.

What did scientists test for? What did they find?

Although many carcasses were too decomposed to allow for necropsies or to evaluate for skin lesions or, as in many cases in Louisiana, stranded animals were not recovered for investigation, the animals/samples scientists were able to gather were examined for freshwater exposure, infectious diseases, algal toxin exposure, and fisheries interactions. Of the live, fresh dead and moderately decomposed dolphins observed during the UME (n=237), 32% (75/237) had visible skin lesions consistent with prolonged low salinity exposure. Brucella (a bacterial infection that affects dolphins) and reported fisheries interactions were at or below historical levels for the UME area. Additionally, all dolphins tested were negative for cetacean morbillivirus (36/36) and microcystin toxins (7/7).

What about dolphins that did not have lesions consistent with low salinity exposure?

What are the risks of freshwater exposure to bottlenose dolphins?

Coastal and oceanic bottlenose dolphins are typically found in salinity ranging from 20-35ppt; however, dolphins in bays, sounds, and estuaries across the U.S. periodically experience lower salinity environments, especially in the spring or early summer. In some extreme weather years, those lower salinity environments may be very low and last for longer periods of time. How low the salinity goes and how long it lasts often determines the severity of the impacts to dolphins. Health impacts, such as skin lesions, abnormal blood chemistry, swelling of the cornea, severe secondary infections, and eventual death, can occur in dolphins due to low salinity exposure over a period of days to weeks. These health impacts can be exacerbated in dolphins with pre-existing conditions, such as injuries, infections, poor nutrition, or immune suppression. The time from initial exposure to death is not fully understood and may depend on the amount of salinity change (how low), the length of exposure, how rapidly the salinity changes, whether exposure is continuous or intermittent, and the presence of any underlying health conditions or additional stressors. In addition to these potential direct impacts, alterations in prey (types, abundance, quality, and distribution) due to low salinity, HABS or low dissolved oxygen may have longer term secondary impacts on dolphins.

What types of marine mammals did this UME effect?

This event involved bottlenose dolphins (Tursiops truncatus), which is the most common species of marine mammal seen in the coastal waters of the NGOM.

What is the current dolphin population along the Northern Gulf of Mexico?

17 stocks of bottlenose dolphins co-occur in the UME area along the Northern Gulf of Mexico. These include 2 coastal stocks (western coastal and northern coastal) and 15 bay, sound, and estuary stocks (listed below):

15. Apalachee Bay (the very western edge of this stock borders a very small part of the eastern edge of Franklin County, FL)

This area overlaps with the area affected by the Deepwater Horizon oil spill in 2010.  Are there still health effects in the dolphins in the northern Gulf of Mexico?

Dolphins were observed to have significant health impacts as a result of the Deepwater Horizon oil spill. These included the following health conditions: adrenal disease, lung disease, a high prevalence of blood abnormalities, and overall poor body condition. Recent studies indicate that not all these health conditions have fully resolved. The DWH programmatic damage assessment and restoration plan predicted the maximum reduction in dolphin populations due to these health conditions. For example, in Barataria Bay the maximum reduction in dolphin population was predicted to be 51% by nine years post spill. Compromised health may make dolphins more susceptible to additional environmental stressors, such as low salinity.

What is next now that the Unusual Mortality Event has been closed?

Scientists plan to continue post-UME monitoring of stranded bottlenose dolphins in the northern Gulf of Mexico for the next several years. Expected steps include:

Where can I find additional information on bottlenose dolphins and other Unusual Mortality Events?

You can find more information on our bottlenose dolphin and UME webpages.

What should people do if they encounter a dead dolphin floating or stranded on the beach?

What should people do if they witness harassment or any marine mammal violation in the water or on the beach?

MMPA section 405 (16 USC-1421d) establishes the Marine Mammal Unusual Mortality Event Fund describing its purposes and how the public can donate to the fund.  According to the MMPA, the fund: “shall be available only for use by the Secretary of Commerce, in consultation with the Secretary of the Interior:

The National Contingency Plan for Response to Unusual Marine Mammal Mortality Events outlines the types of expenses that are reimbursable under the fund and the process for requesting reimbursement. Learn more about the UME Contingency Fund. 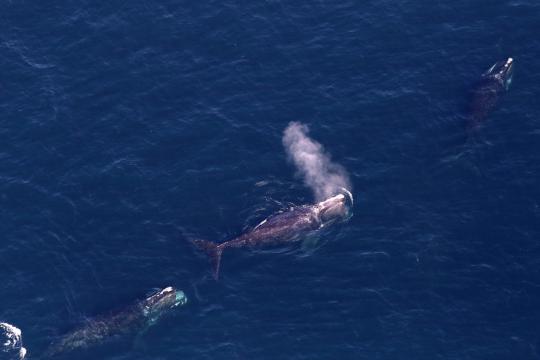