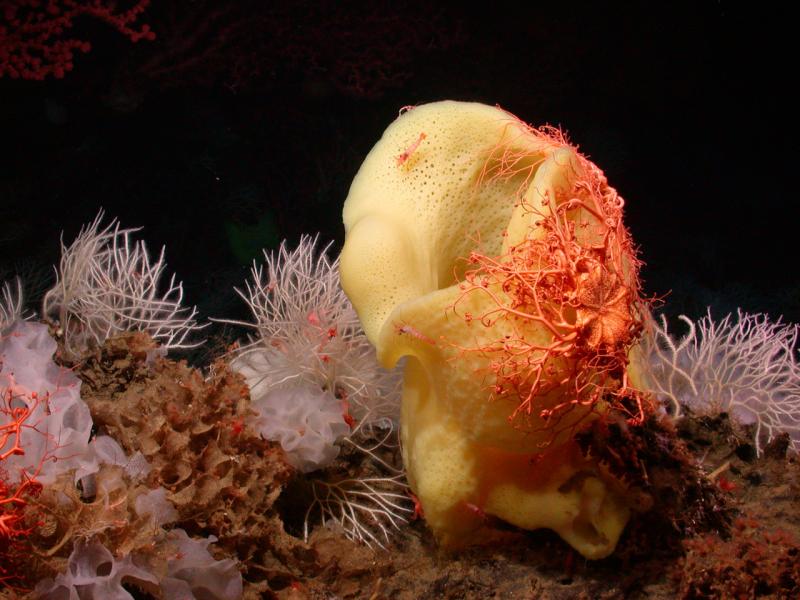 Most people are surprised to learn that deep-sea corals exist at all, let alone that they live in waters of every region of the United States. Deep-sea corals appear in all kinds of shapes, sizes, colors, and depth ranges. The deepest known corals are found farther underwater than Mount Kilimanjaro is tall (19,341 feet), and the oldest coral colonies are more than 4,000 years old. Deep-sea coral catch all of their own food, rather than relying on tiny algae living within their tissues like their shallow coral relatives.

The NOAA Deep Sea Coral Research and Technology Program, administered from the Office of Habitat Conservation, is also seeking to learn more about the role of deep-sea coral as habitat for fish and other invertebrates, especially commercially valuable species. The story maps below allow you to explore these fascinating and beautiful creatures in U.S. waters.

Deep-Sea Corals and Sponges of Alaska

Deep-sea coral and sponge ecosystems are widespread throughout most of Alaska’s marine waters, providing vital habitat for commercially important fish and crab species. Most of this large area was relatively unexplored until recently. In 2012 and 2014 thousands of images of these remote habitats were collected during extensive seafloor surveys, allowing scientists to count and measure deep-sea corals, sponges, fishes, and crabs. Check out our story map below to learn more about these fascinating ecosystems and the way we make discoveries in such challenging conditions. 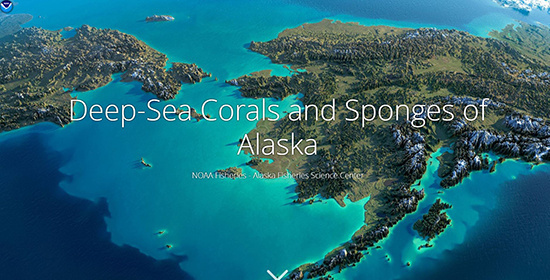 As deep-sea coral and sponges are slow-growing and extremely vulnerable to human activity, rules governing their protection were passed in 2007. Under this legislation, fishery management plans may regulate harvest of corals and sponges, or shield them from unintended fishing impacts and bycatch. Resource managers were also given the authority to protect deep-sea coral habitat, when their locations are identified by the NOAA Deep Sea Coral Research and Technology Program. The story map below describes the different ways that deep-sea coral and sponge ecosystems can be protected and the mechanisms by which each U.S. region has enacted these protections to conserve our valuable resources for the future. 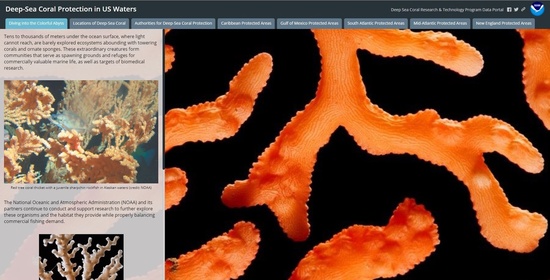 Exploring Deep-Sea Corals in the Gulf of Maine

NOAA and partners conducted extensive surveys of deep-sea coral and sponge gardens in New England, including the Gulf of Maine, between 2013-2015. Surveys helped scientists better understand where these animals exist, how many of each species are there, how old they get, how big they are, and what kinds of creatures (including commercially harvested species) use corals and sponges as habitat. Researchers also studied impacts on deep-sea communities from human activities and worked with resource managers to inform protections in the region. Explore this story map to see what the scientists found!

Check out the Exploring Deep-Sea Corals in Maine story map (click image above).

It is extremely challenging to explore the deep sea, but NOAA is diligently searching for valuable and vulnerable deep-sea coral habitats in U.S. waters. If you were wondering where these animals have been found and where we are most likely to find more, check out the story map below. You can also read about how an area about the size of Virginia was protected off the Mid-Atlantic coast with the help of NOAA scientists’ predictions of likely deep-sea coral habitat. 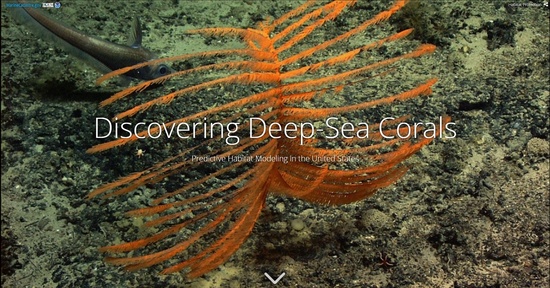 A central mission of the NOAA Deep Sea Coral Research and Technology Program is to locate and describe deep-sea coral communities. This site characterization describes the biodiversity, habitats, populations, and ecological processes going on in a particular area where corals live. Using diving robots, camera systems, and seafloor mapping sonar, scientists explore, study, and compile a summary of each site. Dive into the story map below to explore a fascinating and significant piece of our ocean’s resources. 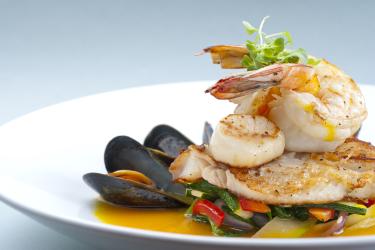 Last updated by Office of Habitat Conservation on August 21, 2020