Watch this video to find out more about Southern Resident killer whales, the threats they face, and how we are studying them from a NOAA biologist. 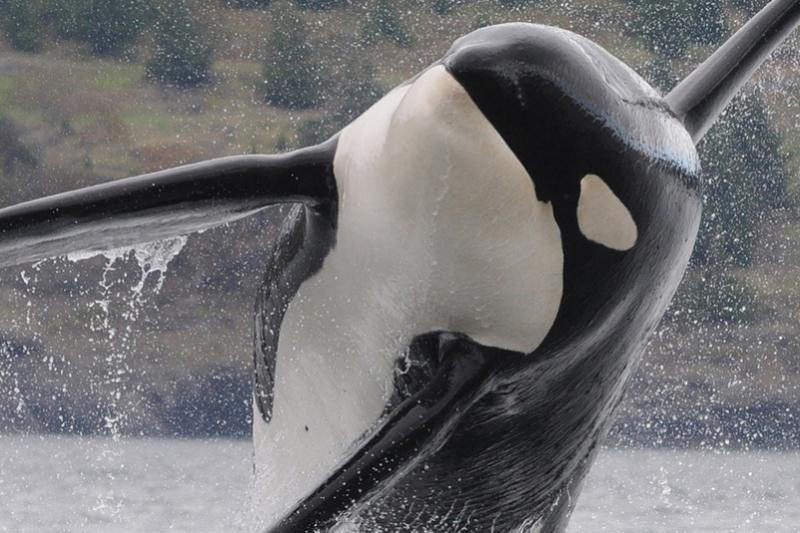 The endangered Southern Resident killer whale is an icon of the Pacific Northwest and inspires widespread public interest, curiosity, and awe around the globe. Unfortunately, their population level is the lowest we have seen it in several decades.

Beginning in the late 1960s, a live-capture fishery removed nearly 50 whales for display at marine parks and resulted in an immediate steep decline in the population. Live captures of this population ended in the early 1970s, and since that time the population has gone through several periods of growth and decline.

How NOAA is Helping

We study how these threats are affecting the whales. Our research informs conservation and management actions to address those threats. We use:

We also collect scales and tissue from the prey that they’re eating, and get breath samples to understand pathogens that might be causing disease for the whales. We collect killer whale poop to learn more about what the whales are eating, which yields a wealth of information on the genetics of the salmon, individual whales,  hormones, and contaminants.

Last updated by Office of Communications on February 14, 2018