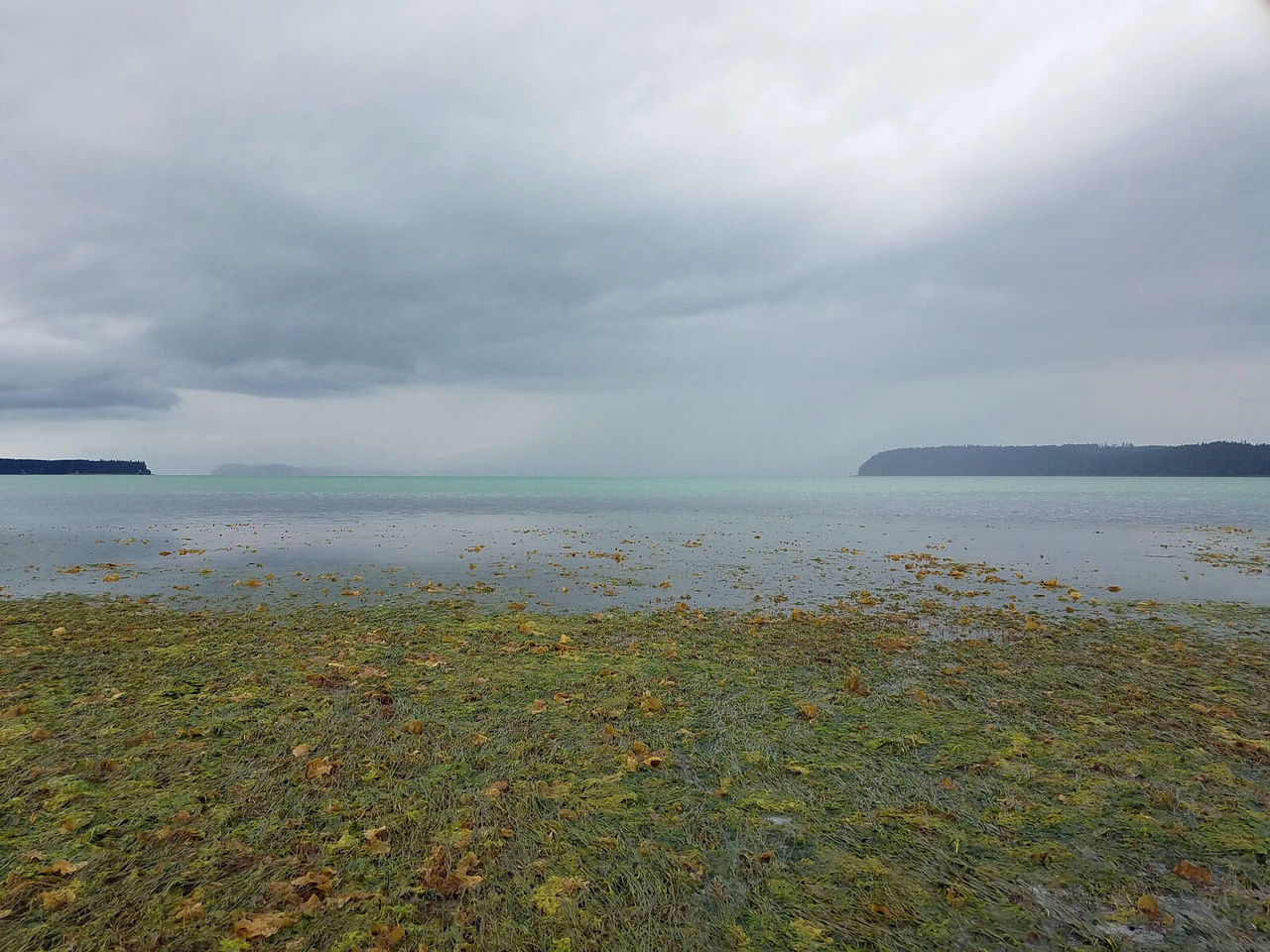 Mitigation can be used to support NOAA’s work to conserve and manage coastal, riverine, and marine resources. NOAA conducts mitigation activities in accordance with our existing authorities. Generally, there are three categories or types of mitigation:

This characterization of the term mitigation is based on the definition of mitigation in the Council on Environmental Quality (CEQ) National Environmental Policy Act regulations (40 CFR 1508.20). The CEQ mitigation definition states that ‘‘Mitigation includes: avoiding the impact altogether by not taking a certain action or parts of an action; minimizing impacts by limiting the degree or magnitude of the action and its implementation; rectifying the impact by repairing, rehabilitating, or restoring the affected environment; reducing or eliminating the impact over time by preservation and maintenance operations during the life of the action; and compensating for the impact by replacing or providing substitute resources or environments.’’ As a practical matter, the five mitigation elements in the CEQ definition are categorized into three general types: avoidance, minimization (including rectifying and reducing), and compensatory mitigation.

Mitigation is an important component of NMFS work when implementing several of our authorities including the Endangered Species Act (ESA), essential fish habitat (EFH) pursuant to the Magnuson-Stevens Fishery Conservation and Management Act (MSA), the Federal Power Act, the Fish and Wildlife Coordination Act (FWCA), and the Damage Assessment Remediation and Restoration Program (DARRP). Depending on the authorities guiding mitigation, banks and ILFs have different names (Figure 1). Usually, banks established under Clean Water Act authority under the oversight of the US Army Corps of Engineers are called mitigation banks. Banks that provide mitigation for impacts to ESA-listed species habitat are called conservation banks, and banks that provide compensatory mitigation for DARPP cases are referred to as restoration banks. Joint banks and ILFs can provide mitigation under several different authorities including state requirements. Information on all types of banks and ILFs and their available credits is housed on the Regulatory In-lieu Fee and Bank Information Tracking System (RIBITS). 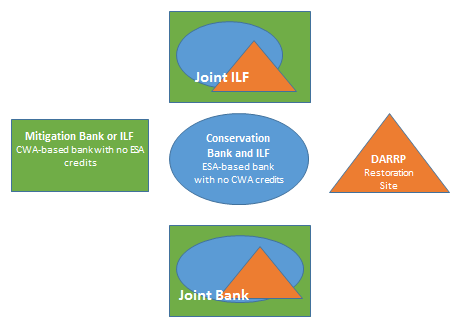 Benefits of Mitigation, Banks and ILFs

Mitigation can help achieve conservation objectives like the increase in critical functioning habitat for protected species and EFH for managed species while allowing for development. As such, mitigation can facilitate and streamline ESA and EFH consultations and permitting. When mitigation is provided in the form of a bank or ILF, benefits include economy of scale and certainty of success. Banks and ILF sites usually mitigate for larger and many different individual impacts. This economy of scale allows for more effort in site selection, development of quality mitigation plans, monitoring, and oversight compared to smaller (permittee responsible) mitigation. Thus, banks and ILFs usually result in high quality mitigation.

Specific Banks and ILFs on the West Coast

On the West Coast, there are several conservation banks and in lieu fee programs.

Read more about these programs

A list of all the approved banks and programs that we participate in on the West Coast, can be found here:

In Puget Sound, we developed a science-based tool to support and inform the use of conservation banks and similar approaches. This “conservation calculator” assesses the value of nearshore habitat so that project proponents can gauge the impacts of their projects. The calculator reflects either a credit, if habitat is improved, or a debit, if habitat is lost. That way, project developers can objectively determine what, if anything, they must do to offset impacts on essential habitat for threatened Puget Sound Chinook salmon and other salmonids. The calculator is specific to Puget Sound and is an innovative approach to habitat conservation.