Detailed information about ichthyoplankton on the west coast. 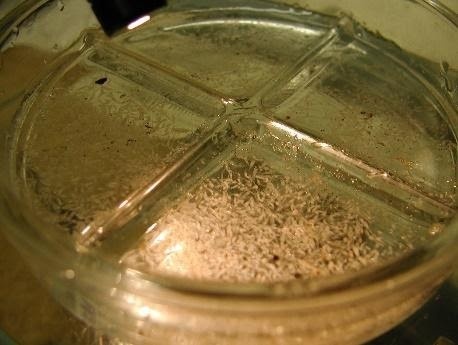 Ichthyoplankton are the eggs and larvae of fish found mainly in the upper 200 meters of the water column, also called the near-surface waters. The eggs are passive and drift in the ocean along with the water currents. Most fish larvae have almost no swimming ability initially but halfway through their development they are active swimmers. Ichthyoplankton are a relatively small but vital component of total zooplankton. They feed on smaller plankton and are prey themselves for larger animals. 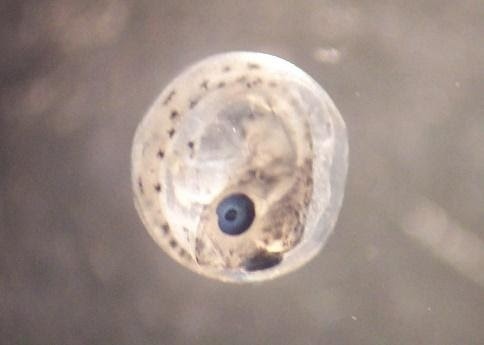 Why Do We Study Them?

It is important to study ichthyoplankton because the abundances of eggs and larvae of several species have been demonstrated to be good indicators of the transient spawning population size of the adults. Determining the abundance of eggs and larvae in an area is usually less expensive to do than sampling the adults. For species such as sardine and anchovy, egg and larval counts are a good indicator of population size. Thus, we can use the egg and larval data as a way to monitor trends in population abundance of the adults. We are able to tell when populations are declining, often more rapidly than if we were just monitoring adults. 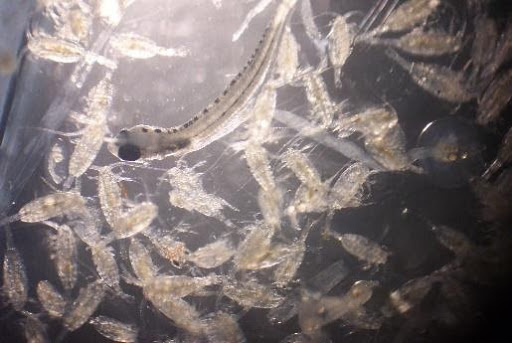 Are Ichthyoplankton Indicators of Ecosystem Health?

For species that are not captured by a fishery, monitoring their population trends by monitoring their eggs or larvae can provide an indication of a healthy or stressed ecosystem. It is unlikely that we would have an idea of the abundance, growth or decrease of these species in any other way.

How Do We Collect Them?

There are two methods that researchers use to collect plankton at sea. The first is to tow a net through the water to catch the plankton, and the second is to pump the water aboard the vessel, and sort the plankton from it.

The objective of a plankton tow is to obtain a quantitative sample of the zooplankton occupying the water column from a desired depth at the time of the tow. We collect plankton from a research vessel using three main types of net tows: 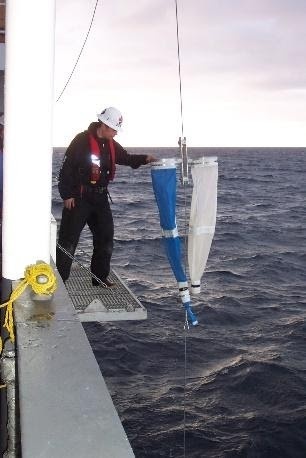 A PairoVET is a small, fine mesh net that is lowered into the water to 70 meters when the ship is stopped and towed vertically to the surface. It is used primarily to sample planktonic fish eggs.

A Bongo tow is named because the nets look like bongo drums. The net is towed obliquely through the water while the ship is underway from 212 meters to the surface, effectively sampling the layer of water that nearly all the ichthyoplankton resides in.

A manta tow is different in that the net is dragged just along the surface of the water while the ship is underway. Some larvae are specialized to live at the surface, such as mahi-mahi, grunion, and flying fish.

When the nets are brought back on board the research vessel, a scientist uses a hose to rinse the net, flushing the plankton to the very bottom, or cod end of the net. The contents from one side of the bongo are then rinsed into a glass jar, and a 5% buffered formalin solution is added to preserve the sample. The plankton from the other side of the bongo tow is preserved in 95% ethanol, which is a better preservative for genetic analyses and for ageing studies. All the samples are then brought back to the laboratory for sorting and identification.

In addition to net tows, plankton is collected while the research vessel is moving using a Continuous Underway Fish Egg Sampler, or CUFES. Water is pumped aboard the vessel from 3 m depth at 640 liters/min. The water is sent through a concentrator where it passes through a net, and the plankton is diverted to a collector. While CUFES is running, a data logger is recording the date, time, and position for each sample as well as other environmental data from the ship’s sensors (e.g. wind speed, direction, SST). 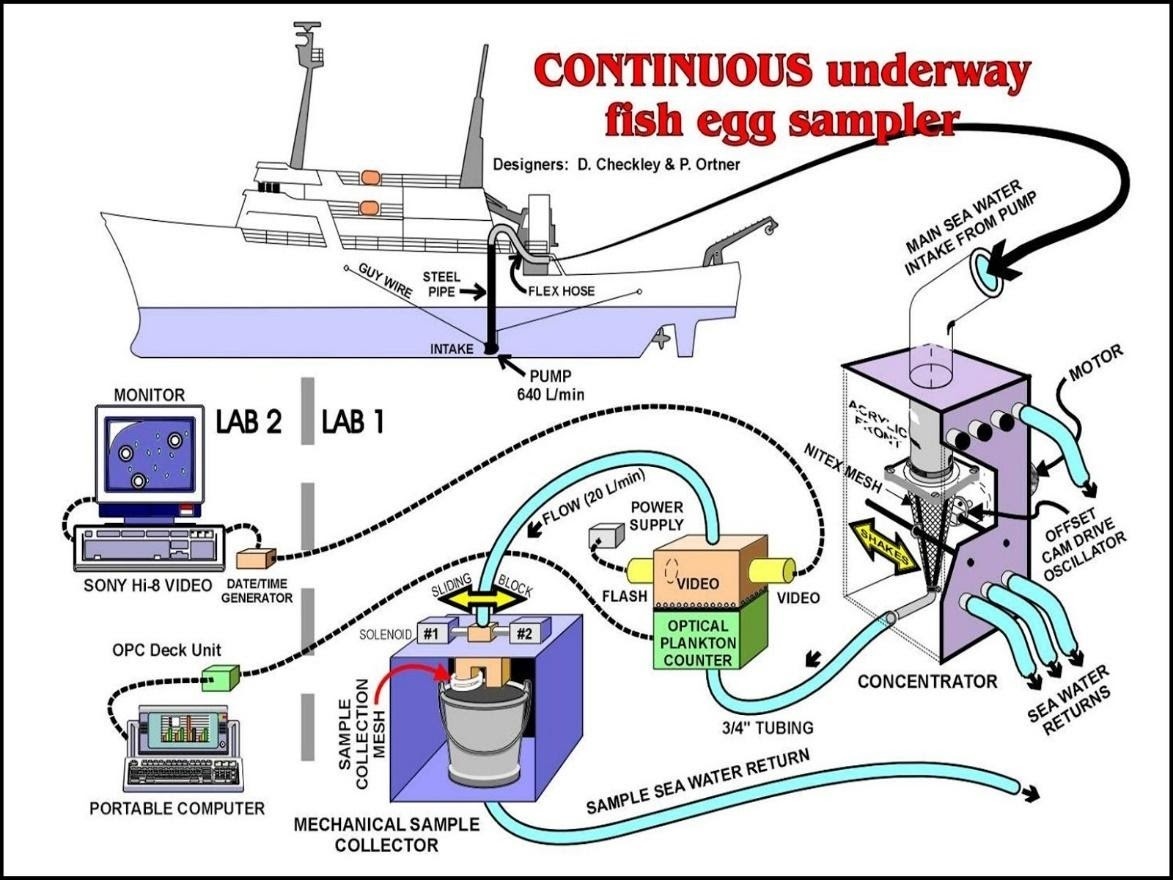 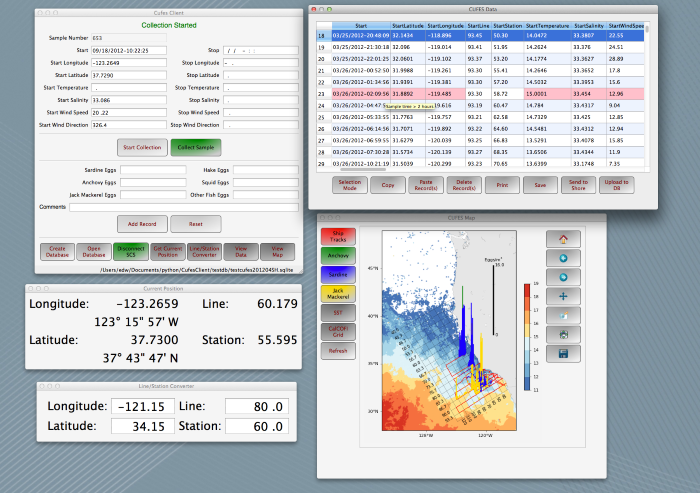 The new and improved CUFES Graphical User Interface facilitates uploading of data in the correct format for the database, and enables "one-click" sending of near real-time data for updating of web graphics during cruises. Users can also map egg distributions and overlay egg densities on remote sensing imagery during the cruise to better visualize the distribution of eggs as the cruise progresses.

How Do We Identify and Process Ichthyoplankton?

For net tow samples, laboratory processing begins with plankton volume determination of the bongo net sample that is preserved in formalin. Two volumes are measured by displacement for each sample: total volume and "small volume". Total volume includes everything in the sample except any non-planktonic organisms such as juvenile and adult fish, large cephalopods, and pelagic crabs.

If the volume of the small plankton component of a sample is large, after voluming the sample is fractioned using a Folsom Plankton Splitter. Usually, only one split is done to yield approximately 50% subsamples, which are then re-volumed. To reduce sorting time only one subsample is sorted. The sample selected for sorting is taken alternately from the left and right sides of the plankton splitter to avoid any bias. 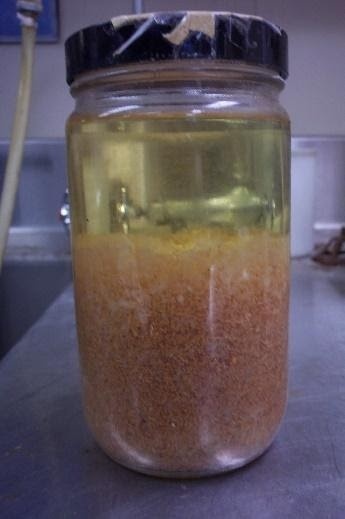 Once the samples are identified, counted, and measured, they go into the collection archive and the data are sent to the data management group.

To aid the scientist in making an identification, we have a library of reference specimens accumulated over the last 50 years of nearly all the eggs and larvae, at all stages of development, that we might possibly encounter. In addition, scientists utilize CalCOFI Atlas No. 331, which is an illustrated reference guide to the identification of larval fishes covering the region from approximately Oregon through Baja California.

What Publications and Projects Are We Involved In?

The CalCOFI ichthyoplankton abundance data also are published at approximately yearly intervals as NMFS Technical Memos, and the data have provided the basis for numerous papers published in a variety of scientific journals. The many advances in fish egg and larval identification made in the larval lab over the years have been documented in a descriptive atlas: Moser, H. G. (ed.) 1996. The early stages of fishes in the California Current region. CalCOFI Atlas 33. Allen Press, Lawrence, Kansas. 1505 pp.

In addition to the CalCOFI surveys and Fisheries Resources Division resource surveys such as the annual Pacific Sardine biomass cruise, larval lab personnel participate in, and/or analyze the resulting plankton samples from a variety of other research programs such as: the Southern California Nearshore Ichthyoplankton survey (2004-2005), the Cowcod Conservation Area high-resolution ichthyoplankton and oceanographic surveys (2002-2005) and the Marine Ecological Reserves survey (1998-1999). These surveys provide an efficient and cost-effective means for monitoring abundance trends of cowcod, bocaccio, and other fishes in non-routinely trawled or untrawlable areas. 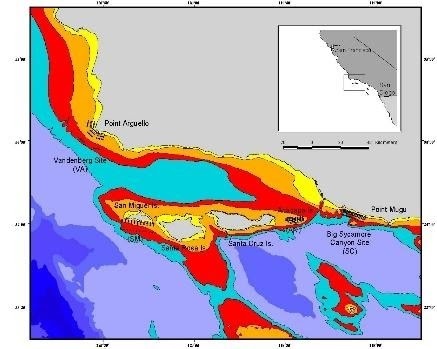 A study of the distribution and abundance of ichthyoplankton relative to adult habitat in the vicinities of two coastal marine reserves and two sites in the Channel Islands National Marine Sanctuary off southern California (for example, see Watson et al., 1999, CalCOFI Reports 43:141-154).

A high-resolution survey of the Cowcod Conservation Area off southern California, done to establish baseline abundance levels of Cowcod rockfish larvae and adults. 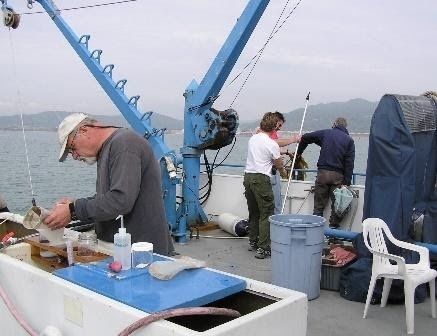 A survey of ichthyoplankton in shallow coastal waters (8-75 m depth range) at four southern California sites, reoccupying sampling stations last surveyed during the 1980s (see Lavenberg et al. 1986, CalCOFI Reports 27:53-64), done to estimate the degree of change in the fish fauna near shore during the ~20 years between surveys, and to provide more information on eggs and larvae of nearshore fishes than is available from the standard CalCOFI sampling grid. 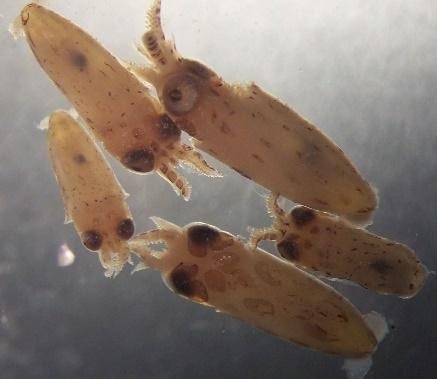 A retrospective analysis of CalCOFI surface (Manta) plankton samples archived at the Scripps Institution of Oceanography Pelagic Invertebrates Collection, done to develop a time series of paralarval Market Squid abundance off southern California from 1978 to the present, which potentially will be useful in support of fishery management. 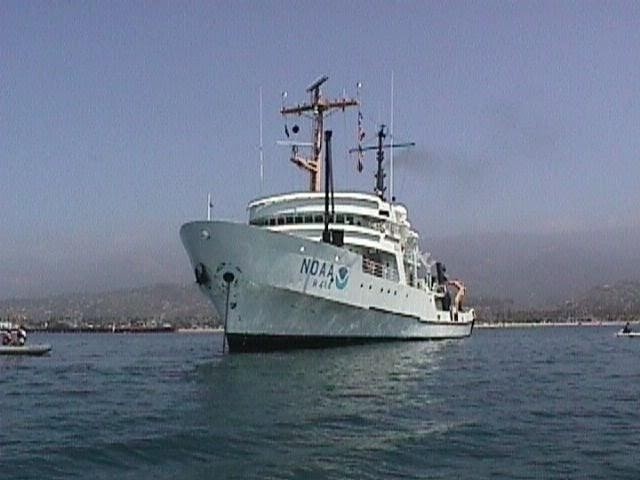 Biological/oceanographic surveys conducted in the eastern tropical Pacific, central Pacific, and west coast EEZ of the United States for the purposes of assessing the distribution and abundance of marine mammals and characterizing the marine ecosystem in which they live. The ichthyoplankton abundance data also are published at irregular intervals as NMFS Technical Memos.

Are There Opportunities for Students?

Opportunities for student internships as well as volunteer and paid positions in the Larval Lab are available on a regular basis.

Students can choose among a variety of projects, including:

We ask students to work a minimum of one month, at least 15 hours a week.  Depending on the project and the student's goals, however, some positions are available for several years.

In the past we have worked with students from: