We estimate the number of gray whale calves born each year and assess the whale body condition during their northward migration in the spring. These surveys are essential to tracking the status of the eastern North Pacific gray whale population. 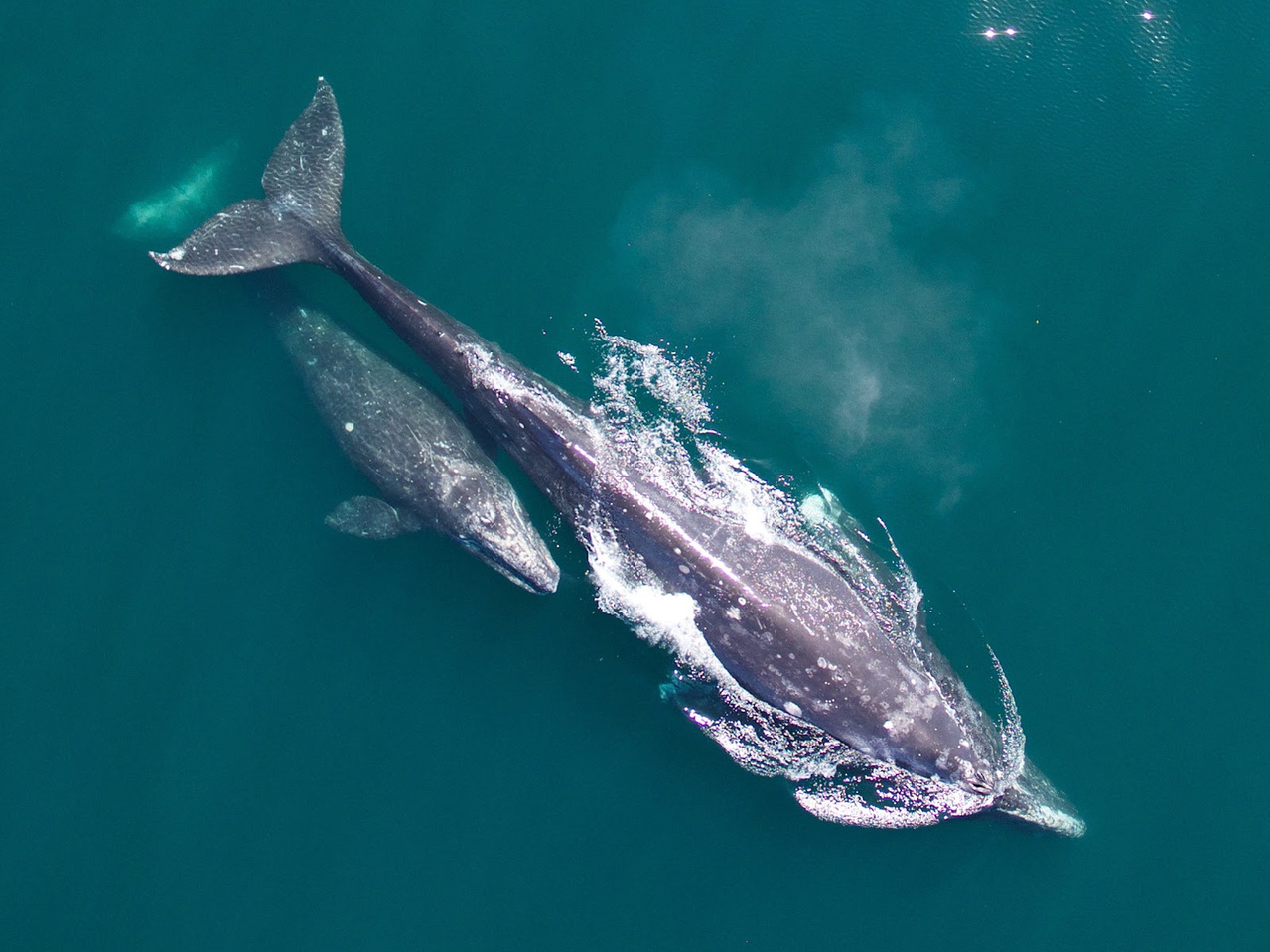 Monitoring gray whale condition and annual calf production is one of two focus areas of our gray whale research at Southwest Fisheries Science Center. We monitor the whales as they migrate north past our field station at the Piedras Blancas Light Station near San Simeon, California. The number of new calves and the condition of whales are evaluated by photogrammetric measurement of their girth to length ratio; this ratio reflects the health of the whales, and may indicate ecosystem conditions in their Arctic feeding areas the previous summer.

The eastern North Pacific gray whale population spends the winter in the shallow, protected lagoons of Northern Baja Mexico, where females nurse and care for their new calves. The northward migration begins in mid-February and is segregated by age, sex, and reproductive condition, with newly pregnant females traveling north first. Mothers with new calves are the last to migrate, traveling along the West Coast between March and May.

Since 1994 we have counted mother-calf pairs pairs with binoculars from the Piedras Blancas lighthouse. This site is ideal because the whales generally pass within 500 meters of our observers and sometimes stop to nurse their young in the lee of the rocky point.

Counts of northbound mothers and calves have revealed surprising variability in calf production, ranging from 1,528 calves in 2004 to 254 calves in 2010. This long-term dataset allows us to examine the relationships between changing environmental conditions (e.g. sea ice) and gray whale population dynamics. 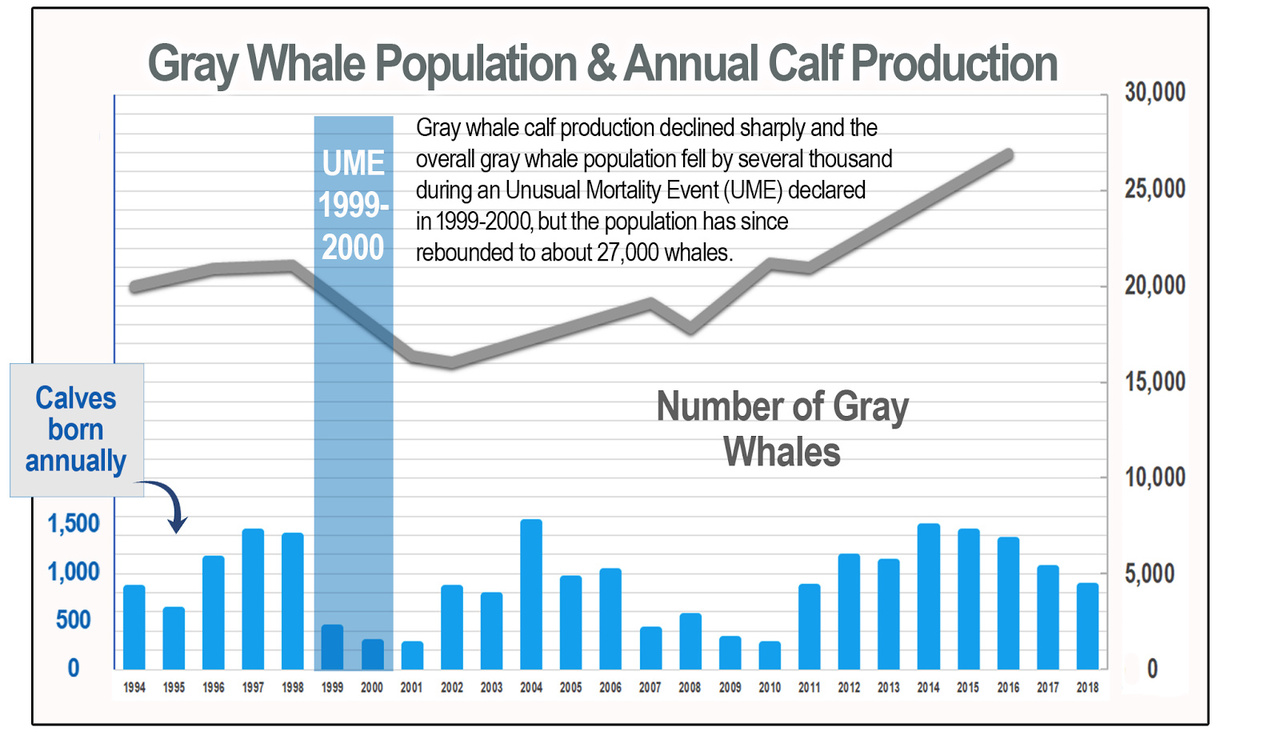 Annual calf production estimates for the eastern North Pacific gray whale population from 1994 to 2018. This graph also shows the results of our population abundance assessment.

Since 2015, we have also collected aerial photographs of mother-calf pairs to examine how body condition and health of individual whales relate to calf production and population abundance.

The amount of fat on gray whale mothers is an indicator of their physiological status and appears to be closely linked to their survival. Gray whales feed only opportunistically during most of their months-long migration, during which time mothers are also nursing their fast-growing calves. Females, therefore, require a large amount of blubber to fuel their journey to their Arctic feeding grounds. The amount of blubber the whales have depends in part on conditions in the Arctic the summer before. If the whales had a successful feeding season, successfully fattening, then they are best prepared to endure the migration and energetic demands associated with gestation, birth, and nursing of their calves. If feeding conditions were unfavorable, our data show that fewer calves will be born or survive the migration - a pattern that is sometimes lagged over a period of years.

We use a small drone, often called an unmanned aerial vehicle, to collect high-resolution aerial photographs of the mother-calf pairs as they migrate past our field site in Central California. Unmanned aerial vehicles offer a safe and non-invasive way to collect scientific data. In addition to a camera, the drone carries a precise pressure altimeter, which calculates the precise altitude of each image. These measurements are used to scale the images collected and, in turn, measure the length and girth of the whales to within a few centimeters. This research method is called photogrammetry. 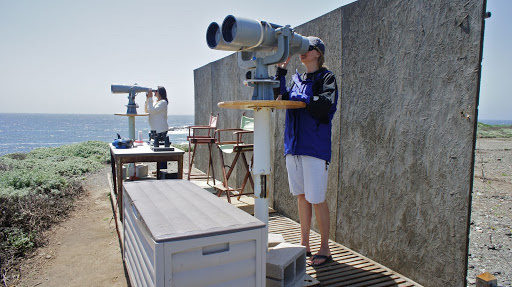