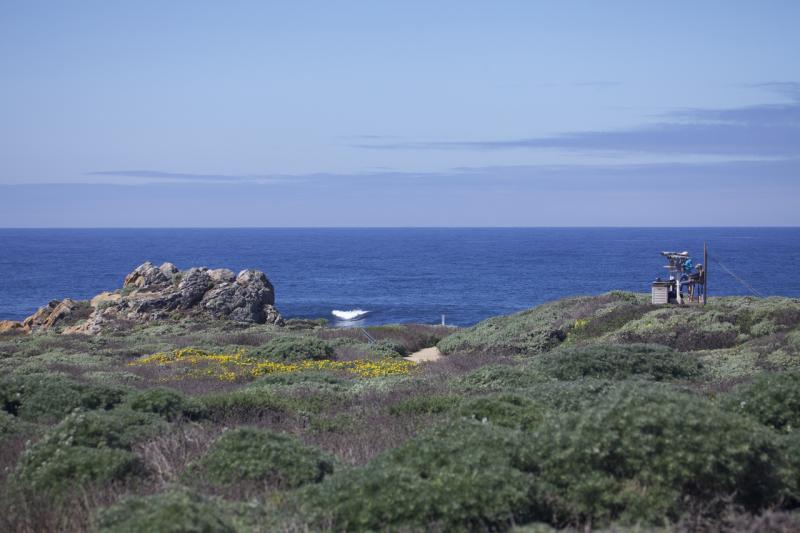 Scientists from the Marine Mammal and Turtle Division at NOAA’s Southwest Fisheries Science Center are celebrating the 25th anniversary of their research program on gray whale calf production. Each spring since 1994, shore-based counts of gray whale mother-calf pairs have been conducted off central California. At this research site, a team of observers from the Science Center counts and photographs mother-calf pairs as they pass within 500 meters of the coast during their migration north, from wintering areas off Mexico to summer feeding areas in the Arctic.

Estimates of the number of northbound calves have varied from year to year, ranging from 1,528 calves in 2004 to 254 calves in 2010. Calf production was particularly high between 2012 and 2016 with more than 6,500 calves estimated during that 5-year period, including four of the highest estimates (more than 1,000 calves per year) since the research program began in 1994. The number of calves estimated to have been born in 2016 (1,351) was about 5 percent of the reported total abundance (27,000) in 2016 for gray whales in the eastern North Pacific population. 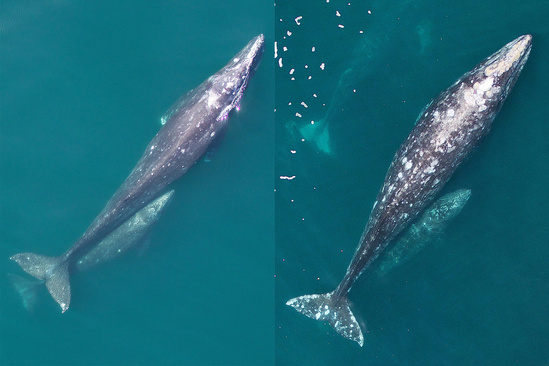 The long-term nature of this 25-year dataset serves as a firm foundation for examining the interplay between changing environmental conditions and gray whale population dynamics. For example, the number of calves born each spring appears tied, at least in part, to sea ice conditions in the Arctic during the previous summer feeding season. In years when sea ice extends far to the south and prevents pregnant females from early season access to important feeding areas, fewer calves are born the following spring. In 2015, the Science Center added a new method to their gray whale research program—unmanned aerial systems (small multi-copter drones) now collect aerial photographs of mother-calf pairs. Scientists use these photographs to explore how body condition and health of individual whales relate to calf production and population abundance.