A conservation achievement that resulted in the recovery of the California gray whale population from near extinction.

Gray whales in the eastern North Paciﬁc represent a conservation success story, tied to successful management of a species that was driven to near extinction by past commercial whaling. Gray whales are the most commonly-observed whale on the U.S. West Coast. Off California, our scientists collect data on their population abundance, calf production, and body condition; all of which are used for stock assessment. 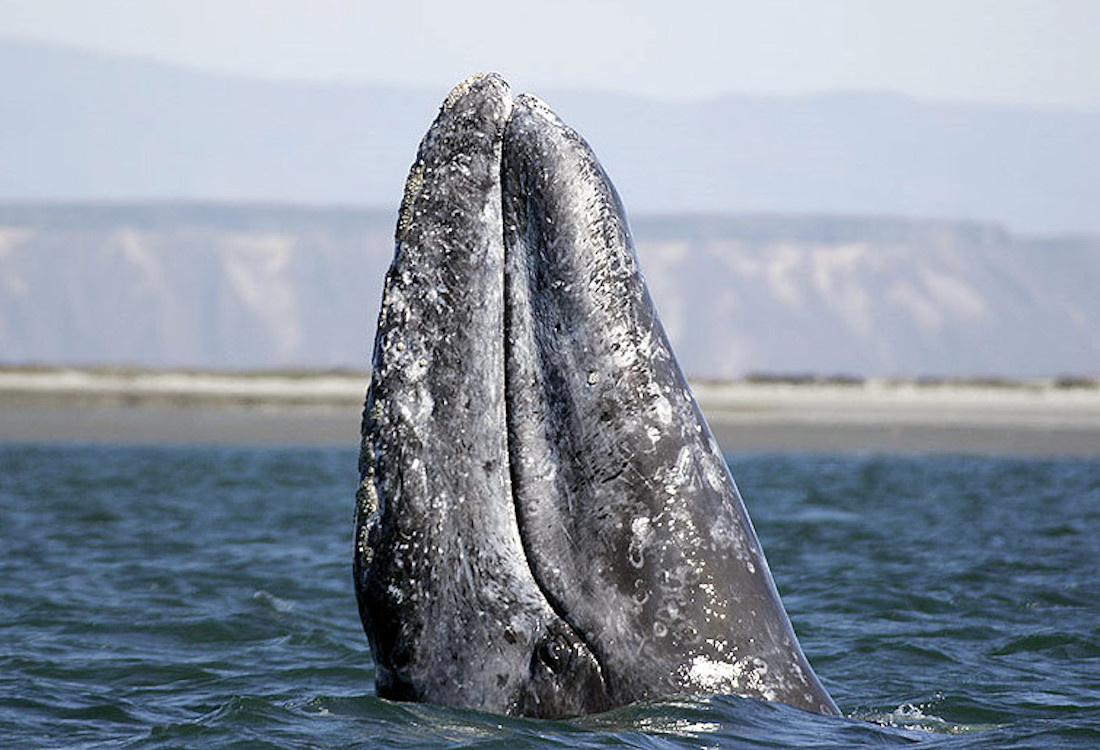 Each year, gray whales are welcomed as seasonal visitors off the U.S. West Coast and are heralded by all as beloved icons of the Paciﬁc. If you visit the coast of California for a few hours when gray whales are migrating between the Arctic and Mexico, you have a good chance of spotting one. Up close gray whales are easy to recognize by their mottled gray and white coloration and the presence of barnacles on their heads.

Gray whales undertake one of the longest annual migrations of any mammal. The eastern North Paciﬁc gray whale population travels about 12,000 miles round trip between summer feeding grounds in the Arctic and the warmer waters of Mexico. That's where the whales overwinter and females rear their calves. Gray whales migrate close to shore along the West Coast, moving south from November to mid-February at which point they begin their journey north, which continues through May.

Gray whales were hunted nearly to extinction by commercial whaling. The eastern North Paciﬁc population has since recovered, protected by international conservation measures and the Marine Mammal Protection Act in the United States.

Most gray whales spend the summer feeding in the Arctic. However, a few hundred individuals, known as the “Paciﬁc Coast Feeding Group,” do not travel to the Arctic. Instead, they feed along the Paciﬁc coast between southeast Alaska and northern California.

A western North Pacific population of gray whales, which summers off the Russian coast in the Okhotsk Sea, remains endangered with only around 200 individuals. 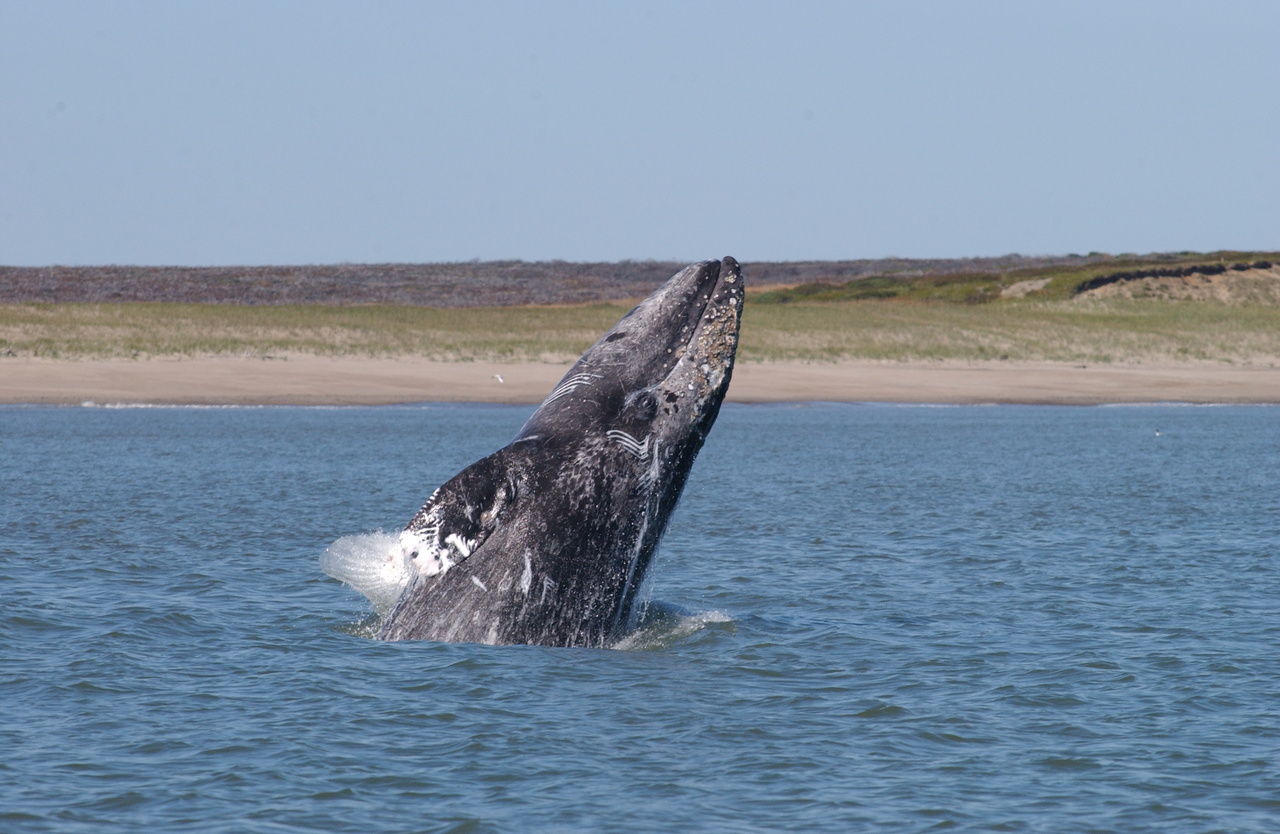 Why We Study Gray Whales

Eastern North Pacific gray whales provide a unique opportunity to study a population of large whales that has recovered from near extinction. They offer insight into the dynamics (abundance, reproduction, and survival) of a recovered population and how these demographic parameters fluctuate in relation to the environment.

Gray whales serve as ecosystem sentinels, alerting us to possible changes in the environment. The Arctic, where the primary feeding areas for gray whales are located, is changing rapidly. These changes, which include reductions in the distribution and persistence of Arctic sea ice, affect the availability of gray whale prey and have been linked to changes in gray whale distribution.

During the last few decades, two Unusual Mortality Events have been declared for the eastern North Pacific gray whale population based on elevated stranding rates along the west coast of North America. The first of these events occurred in 1999 and 2000. While the cause of this event was not determined, some stranded whales were in poor body condition. This led to questions about whether the population had reached the limit of what the Arctic feeding habitat could support. During this time, the number of whales in the eastern North Pacific population dropped from approximately 21,000 in 1997–1998 to 16,000 in 2001–2002. Following this event, however, the population increased in numbers, reaching nearly 27,000 whales by 2015–2016. The second UME began in January 2019 and continues to date; while still elevated, the number of reported strandings declined in subsequent years. Gray whales continue to face an array of other threats, including entanglement in fishing gear, collisions with ships, and disturbance from underwater ocean noise. We continue to closely monitor the population’s response to these UME events and other threats using a combination of novel and traditional methods to estimate population abundance and annual calf production and evaluate individual body condition.

We monitor gray whale population abundance during the southward migration from December to February. We want to understand how the dynamics of the population, having recovered from low numbers, are inﬂuenced by the environment.

We monitor the body condition of the whales and estimate the number of calves born each year during the northward migration from March through May.

Details about this research and the latest calf production estimates

We collect tissue samples from gray whales on our boat-based surveys. These samples, along with those collected by collaborators, are housed in our Marine Mammal and Sea Turtle Research Tissue Collection. Genetic analysis of these tissue samples has provided insight into the population structure of gray whales. This has important implications for their management under both the Marine Mammal Protection Act and the Endangered Species Act.

> Gray Whale Research Part 2: From the Brink of Extinction to Recovery (video)