Yellowtail Research in the Southwest

The Genetics, Physiology, and Aquaculture Program conducts research on yellowtail due to its high demand on the market and fast growth rate.

The Genetics, Physiology, and Aquaculture (GPA) Program conducts research in support of advancing aquaculture techniques and developing best practices for culture facilities. Due to the high value of its meat and fast growth rate, the California Yellowtail, Seriola dorsalis, is considered a good species for aquaculture development both locally in California and abroad. However, unlike other fishes that have a long history of culture-based production (e.g., salmon), basic research on optimal rearing practices for yellowtail in captivity is still relatively early in development.

Information provided by such research is critical for rearing yellowtail in a healthy, sustainable manner. Among the many important factors that must be established for a cultured organism, the GPA Program seeks to establish basic physiological metrics of health and fitness that can be used to help enhance production efficiency in this newly developing industry. Simultaneously, genetic data is gathered to gain a better understanding of the dynamics of the reproductive potential of members of broodstock populations.

California Yellowtail is native to the waters off the coast of California, ranging from southern Washington to Mazatlán, Mexico. Yellowtail caught in Southern California are mostly from central and northern Baja California, migrating north in early spring as waters warm and heading back south in late summer and fall. S. dorsalis are active fish, traveling greater distances earlier in their lives and becoming more geographically constrained as they age.

They are opportunistic feeders with a varied diet, eating small fish such as Northern Anchovy, Jack Mackerel, and Pacific Sardine, along with pelagic red crab and market squid. They are the largest fish in the family Carangidae, reaching up to 130 cm fork length and approximately 36 kg. S. dorsalis typically reach sexual maturity between 2-3 years old and are generally thought to live a maximum of 12 years. They have a fusiform body shape with a narrow caudal peduncle and a deeply forked tail. Their streamlined shape reduces drag and makes them agile, fast swimmers.

The California Yellowtail, Seriola dorsalis, is a strong candidate for the development of offshore commercial aquaculture in southern California and neighboring Baja California. Although production from broodstock populations has been successful, it has not yet reached a sustainable level where it can satisfy the aquaculture demand, largely due to difficulties from highly variable survival and growth rates through the larval and juvenile stages. The goal of the yellowtail genetics program is to develop and use genetic tools to gain a better understanding of the California Yellowtail. 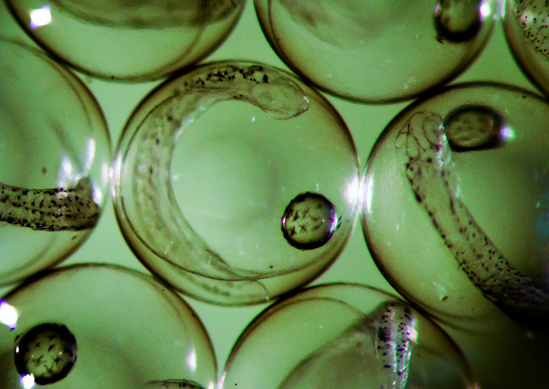 Projects range from examining the stock structure and taxonomy of yellowtail over both local and global scales, developing a baseline of genetic variability in wild populations, developing a high-quality annotated genome, and understanding whole-body transcriptomes through larval development. The GPA Program is also investigating the connection between individual broodfish and offspring with different traits (e.g., size, deformities), gaining insight into spawning dynamics in yellowtail, and conducting detailed genetic analyses of larval, juvenile, and broodstock fish to examine pedigree relationships among these fish.

Investment in the genetic resources for Seriola will contribute to making aquaculture practices more economically viable and will help improve domestic seafood production for these valuable finfish. 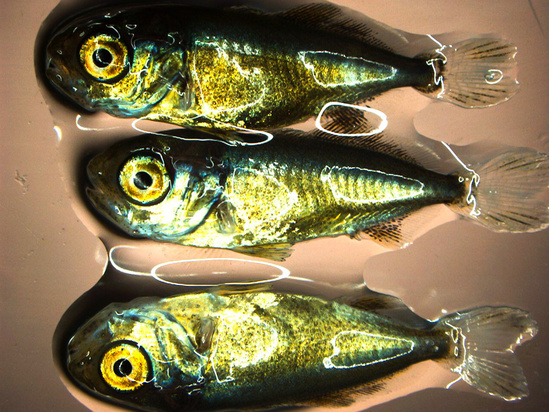 The goal of this research is to use physiological tools to provide high-quality data on the health and fitness of California Yellowtail, Seriola dorsalis, in order to increase the productivity, efficiency, and sustainability of culture and production practices. Specifically, this work includes establishing baseline metrics of yellowtail health and fitness through measures of growth, feed conversion, metabolism, and swimming capacity. The comparison of such metrics between culture-reared yellowtail and their wild-caught counterparts helps define achievable health and fitness standards for aquaculture production and improve husbandry practices.

Physiologic measures of performance allow identification of vital rates (i.e. growth, metabolic rate, thermal envelope, hypoxia/hypercapnia tolerance) that can directly feed into cost-benefit analyses to develop profitable commercial culture operations. These measures also allow for a quantitative assessment of their plasticity, which can aid in the understanding of susceptibility of a wild species to climate change and the capacity of a cultured species to be selectively improved in culture. Together with high-density genetic data, these metrics can be used to identify quantitative trait loci (QTL’s) that are directly applicable to developing breeding programs for selected traits (e.g. high growth rate, disease resistance, fillet yield).

Previous data have shown that when a fish is exercised, there is a physiological response that leads to increases in muscle and tissue growth. Four custom fish exercise raceways are installed in the Southwest Fisheries Science Center’s aquarium to better study this process. Each raceway is controlled by a Variable Frequency Drive, which allows researchers to program each system independently to attain desired speeds between 20 – 80 cm/s. Seawater is fed into the system via a temperature mixing station allowing experimental treatments to occur between 5-30° C. A sock filter system for filtering waste and a large sump allows water to be pumped through the system at high velocities.

Swim tunnel respirometers are important tools to assess fitness of fish and are used to determine critical swimming speeds and respiration rates to help understand the physiological processes of the fish. The Southwest Fisheries Science Center’s aquarium has a 5 L and a 30 L swim tunnel respirometer that can swim fish up to 150 cm/s or faster. Water is pushed through the system with a motor-driven propeller, which then passes through flow straighteners into a chamber where the fish can freely swim against a user-defined current. Oxygen saturation and flow speed are continuously monitored in the system and converted into valuable metrics for researchers.