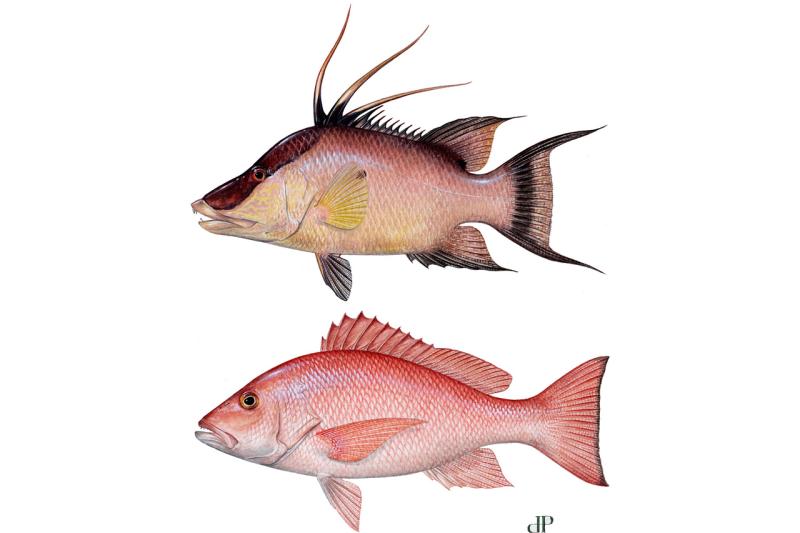 The actions in these two framework amendments will be combined during the rule making process, allowing the public to see the resulting ACLs and provide comment.  The purpose of the framework actions are to  modify the annual catch limits (ACLs) for Gulf red snapper and west Florida hogfish based on the most recent stock assessments; and  to reduce the federal for-hire component's red snapper annual catch target (ACT) .

The recent assessments indicated that neither stock was overfished or experiencing overfishing.  The Gulf of Mexico Fishery Management Council's (Council) Scientific and Statistical Committee (SSC) acknowledged that the acceptable biological catch for red snapper could be increased above 2018 values, and provided two options to the Council.  This framework would set the west Florida hogfish and red snapper ACLs for 2019-2021+ consistent with the SSC recommended acceptable biological catch.