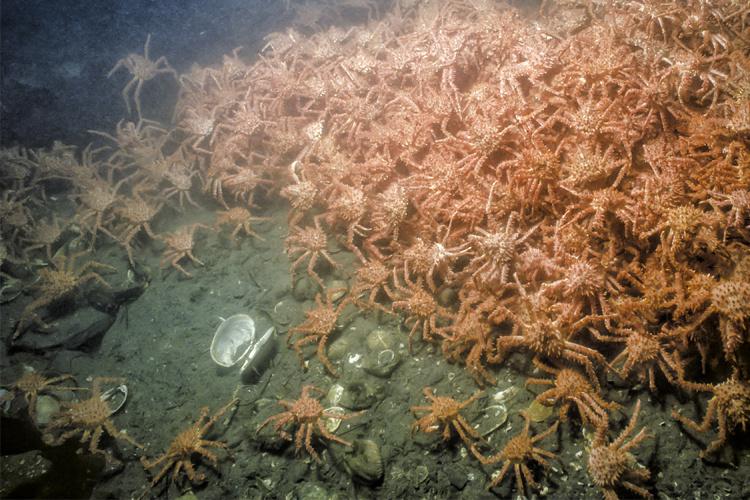 In our Kodiak research lab, we conduct a variety of studies to learn how temperature affects the growth and survival of commercially valuable crabs in Alaska. Scientists in our shellfish assessment program have examined the upper thermal (temperature) tolerance of red and blue king crabs. Thermal tolerance is likely an important factor in crab growth and survival and may also explain why the two species don’t typically overlap in distribution.

With expected increasing global temperatures, understanding the thermal tolerance of crabs will help predict how populations may respond to a changing climate. To understand their thermal tolerance, researchers conducted a series of experiments to determine at what temperatures these crabs start being stressed. In general, red king crab had about a 3°C higher tolerance than blue king crab.