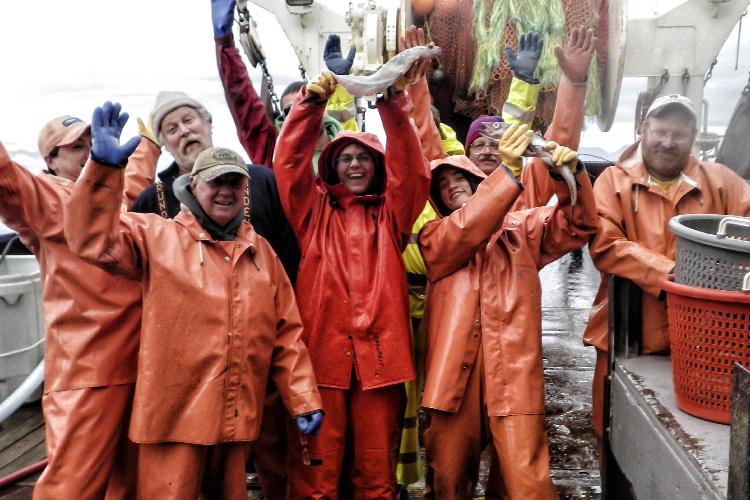 Bottom-trawl and acoustic surveys conducted by the Alaska Fisheries Science Center have been the main source of fishery-independent data for assessing fish stocks in Alaska. But bottom trawls cannot sample in steep, rocky areas (“untrawlable” habitats) that are preferred by species such as Atka mackerel and dusky, northern, harlequin, and yelloweye rockfishes. Many species of rockfishes are long-lived and reproduce late in life, making them particularly vulnerable to overfishing.  Managers need accurate stock assessments to keep these fisheries sustainable. Unfortunately, assessments based on surveys of trawlable areas are highly uncertain for species that live mainly in untrawlable habitat. Untrawlable areas make up to about 20% of the federally managed area where surveys have been attempted in the Gulf of Alaska and up to about 54% of the federally managed area in the Aleutian Islands.

The problem of assessing fish stocks in untrawlable habitat is not limited to Alaska. Developing new methods to sample in rock, reef, and other untrawlable habitats is a nationwide NOAA effort. NOAA’s Untrawlable Habitat Strategic Initiative (UHSI), has been conducting several pilot projects for developing methodologies that can be used to sample untrawlable habitats. Many methods are being explored, and most involve acoustic or optical technologies (underwater cameras).

In Alaska, previous research has combined large-scale acoustics and optical sampling. A sampling plan for assessing fish in untrawlable habitats in the Gulf of Alaska is being developed for future implementation. In this planned survey, bottom trawl samples will be replaced with high-resolution photos from which fish species and sizes can be identified. Stereo cameras lowered from ships or moored near or on the seafloor will be used where each will be most effective. The Gulf of Alaska untrawlable survey design will be based on prior studies by the Alaska Fisheries Science Center and other researchers, including:

Research on untrawlable habitats will continue to be important for producing the most accurate stock assessments possible for species such as rockfishes that prefer these inaccessible areas.