Marine debris is any human-made object discarded, disposed of, or abandoned that enters the marine environment. A large portion of marine debris found in Alaska waters and on its shores is plastic fishing gear and other plastics which degrade slowly, and break into smaller and smaller fragments, affecting all parts of the ecosystem. In 2010, an estimated 17 billion pounds of plastic landed at sea. Every year many seals and sea lions in Alaska unnecessarily suffer or die from ingesting fishing gear or getting caught in marine debris. The Alaska Pinniped Entanglement Group - the Alaska Department of Fish and Game, the Aleut Community of St. Paul Island and NOAA Fisheries - works collaboratively to educate the public about marine debris and pinniped entanglement in Alaska.

Please let NOAA Fisheries know if you see injured, entangled or dead marine mammals in the water or on the beach.

Some of the deadliest marine debris is likely to wrap around the neck of the sea lion or seal. The materials that most commonly cause neck entanglements are: 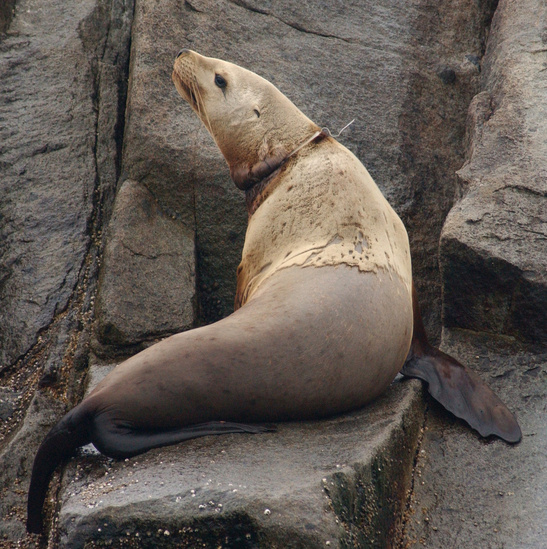 Swallowed material includes hooks, lures, and line. These can be “silent killers”, causing unseen injury and death from within. Ingested fishing gear is usually: 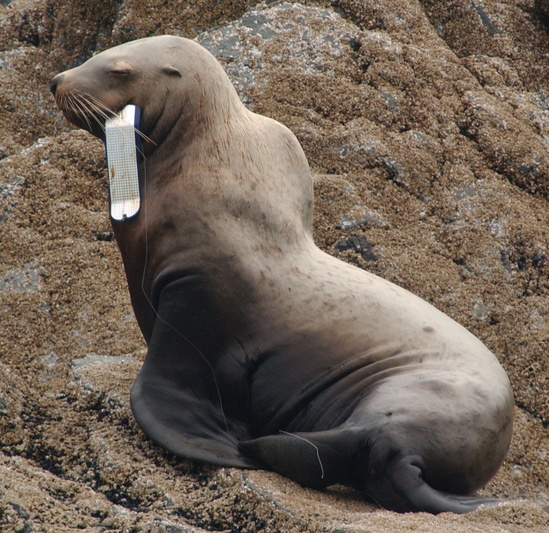 WARNING: some of the entanglement images may be disturbing. 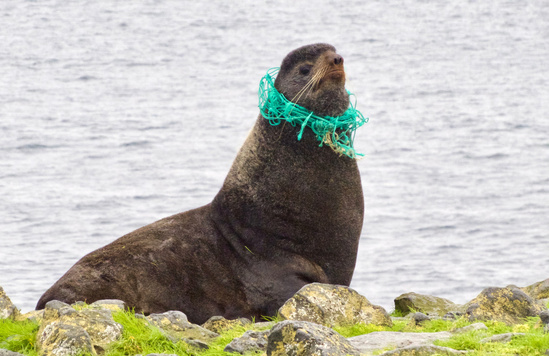 Marine Debris in the Pribilof Islands

Northern fur seals can become entangled in commercial fishing debris, primarily trawl net webbing, plastic packing straps, and monofilament line. Fur seals may encounter marine debris during their winter and spring migrations when they spend most of their time in the North Pacific foraging in the transition zone and eddies. They also encounter marine debris in the Bering Sea during their travels to and from their haulouts.

NOAA Fisheries conducts research on fur seal entanglement and works collaboratively with the Tribal Governments of St. Paul and St. George, the Marine Conservation Alliance Foundation and the NOAA Marine Debris Program to reduce the debris on northern fur seal breeding habitat and other coastal areas on the Pribilof Islands. 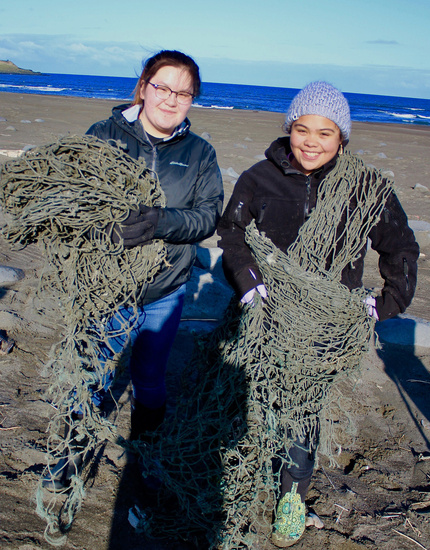 The juvenile male fur seal entanglement rate has fluctuated, but is estimated at less than one percent annually for juvenile (two to four-year-old) male seals observed on the Pribilof Islands. However, this rate does not account for seals that become entangled at sea and are unable to return to the breeding grounds.

Adult females and juvenile males are similar in size and are entangled in commonly used 4-inch mesh trawl nets. The observed rates of entanglement for adult females may be lower than they are for juvenile males, but the rates are higher than that of adult males because females are smaller and have a slower rate of growth. Entangled lactating females spend more time at sea feeding than non-entangled females and some entangled females die at sea. As a result, pups with entangled mothers have lower survival rates than other pups.

How to Report Entangled Marine Mammals

Please let us know if you see injured, entangled or dead marine mammals in the water or on the beach. The most important information to collect is the date, location of animal (including latitude and longitude), number of animals, and species. Please don't move or touch the animal.