Adult male northern fur seals on St. Paul Island were counted over the period July 9 to 15, 2017 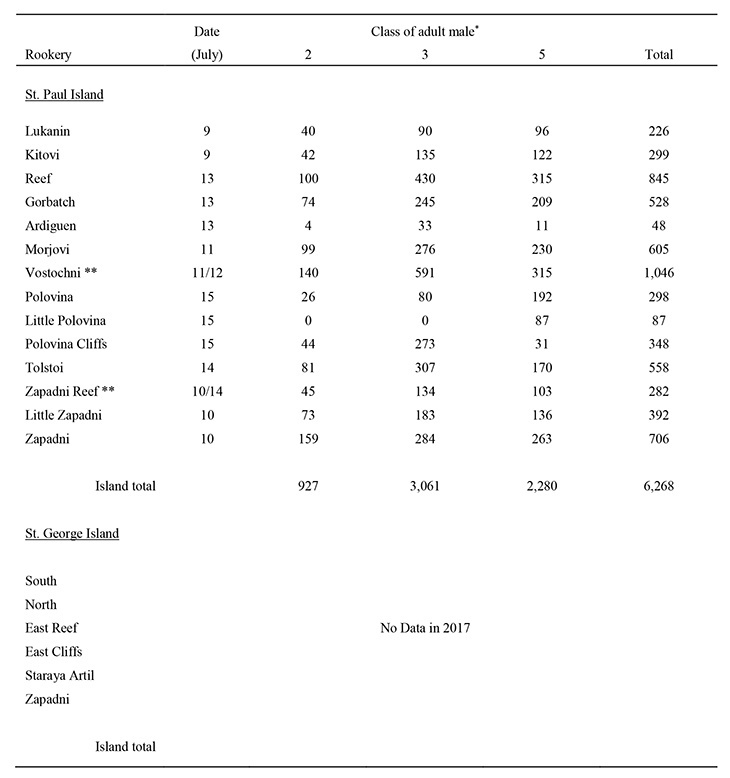 ** Haulouts adjacent to the rookery were counted on a different day than the rookery area. 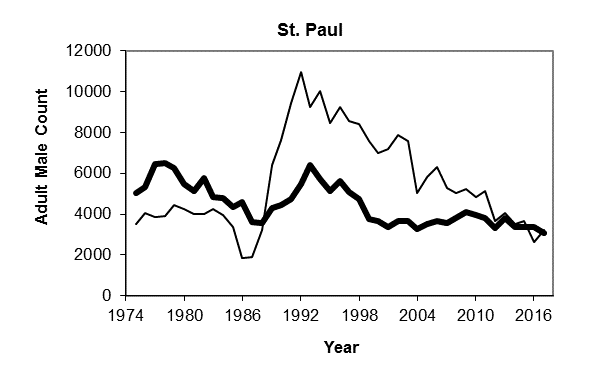 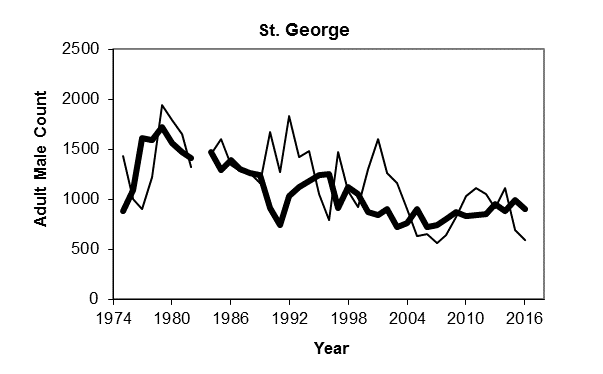 During the breeding season, northern fur seals (Callorhinus ursinus) congregate on the Pribilof Islands in large numbers creating the potential for…

The major significance of this research is the unusual finding of adult hookworms in the peritoneal cavity of so many dead pups. No obvious…