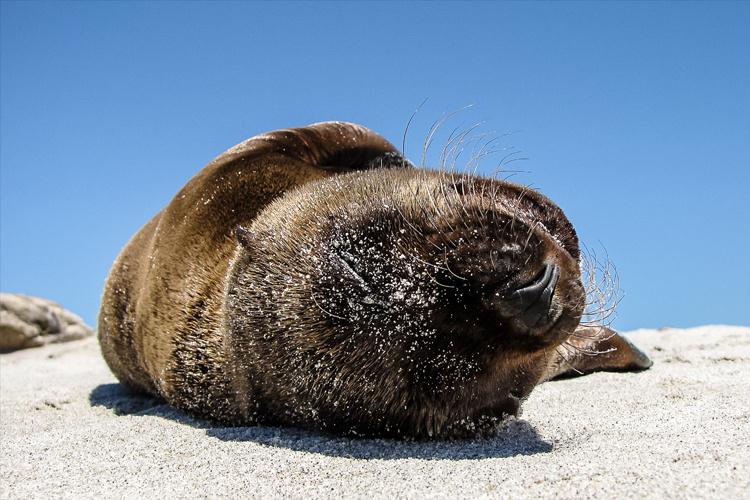 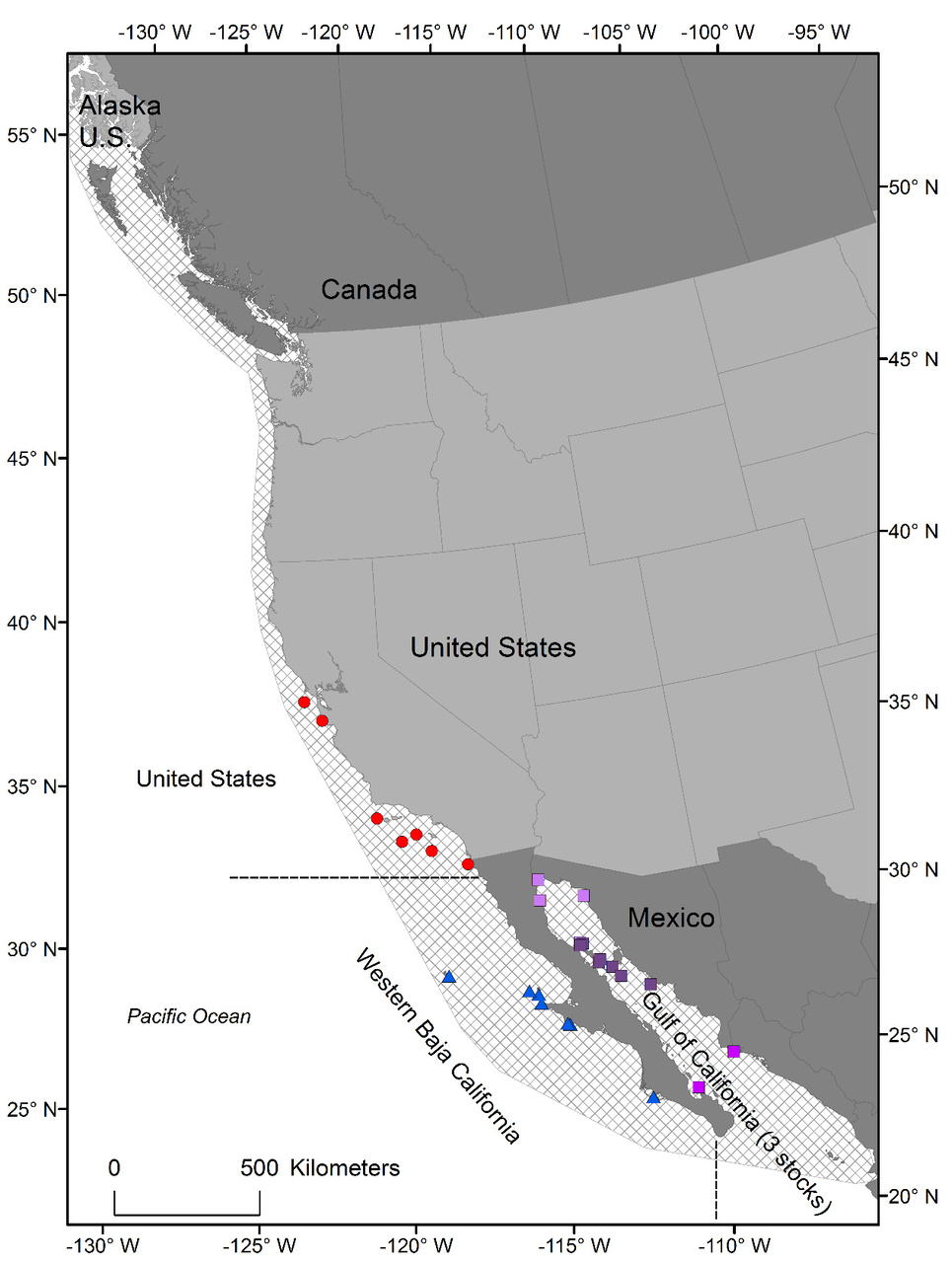 California sea lions range along the west coast of North America from northern Mexico to southeast Alaska. The population is comprised of five genetically distinct populations: the United States population (U.S. or Pacific Temperate) that breeds on offshore islands in California; the western Baja California population that breeds offshore along the west coast of Baja California, Mexico; and three populations (southern, central and northern) that breed in the Gulf of California, Mexico. Males migrate long distances from the colonies during the winter whereas females and juveniles remain close the breeding areas.

Population Abundance: How Many Are There? 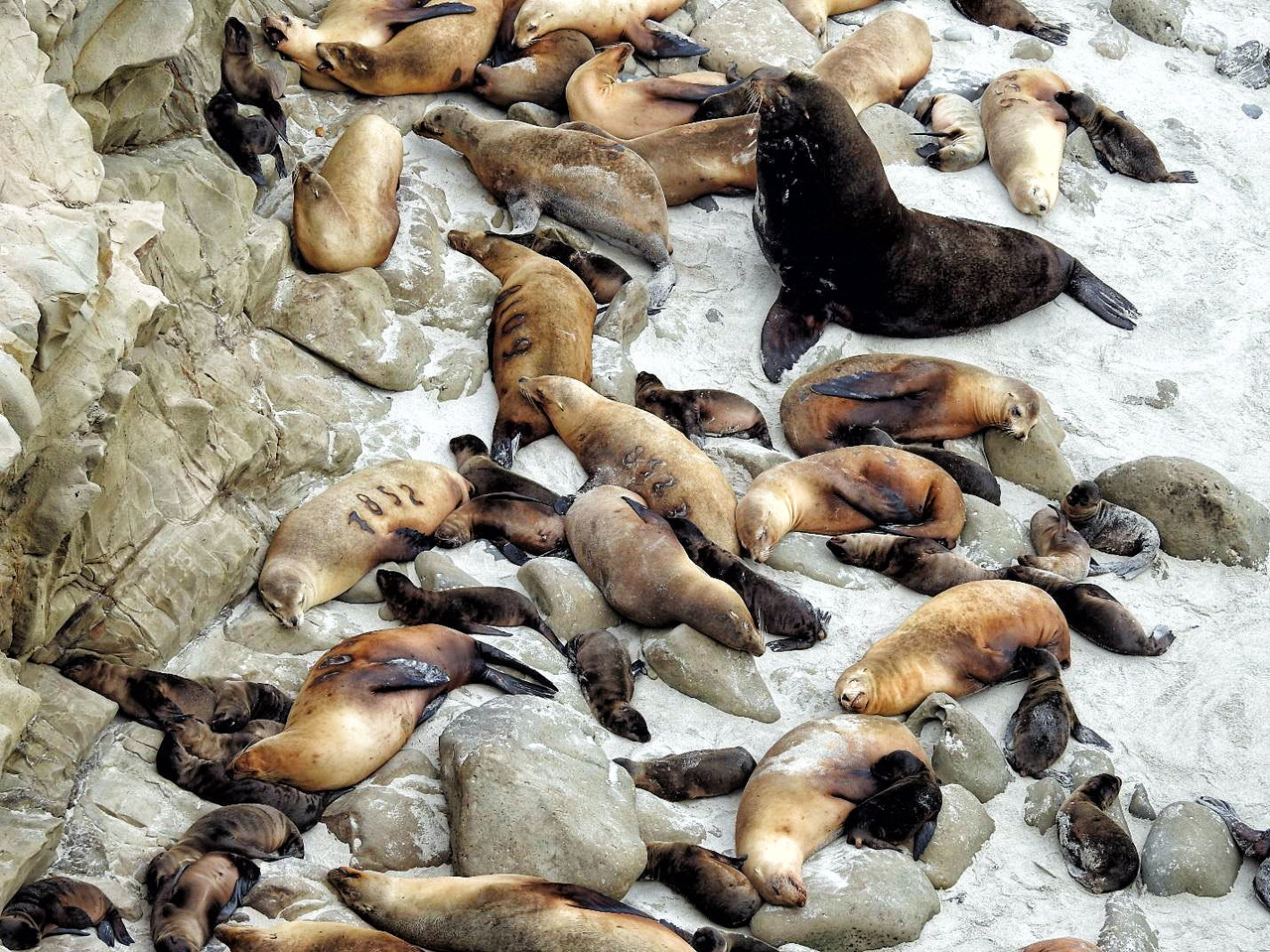 Vital Rates and Health Monitoring: How Do They Survive and Reproduce?

Measuring vital rates like survival and reproduction is critical for evaluating the health of the California sea lion population. We use mark-recapture techniques to estimate vital rates of the population. Each year, we mark about 1% of the pups born at San Miguel Island with hot brands and flipper tags, then we resight the marked animals during subsequent summers and create resight histories over the lifetime of individual animals. These histories are then used in models that provide estimates of survival, reproduction, and longevity and describe how these vital rates are affected by changes in the ocean environment, diseases and body condition.

Healthy California sea lions are a reflection of a healthy ocean environment. We monitor the occurrence of diseases in the wild populations such as domoic acid toxicity, leptospirosis, and hookworms to better understand how diseases affect vital rates. We partner with rehabilitation centers to understand the regional distribution of disease outbreaks and the prevalence and pathology of the diseases. 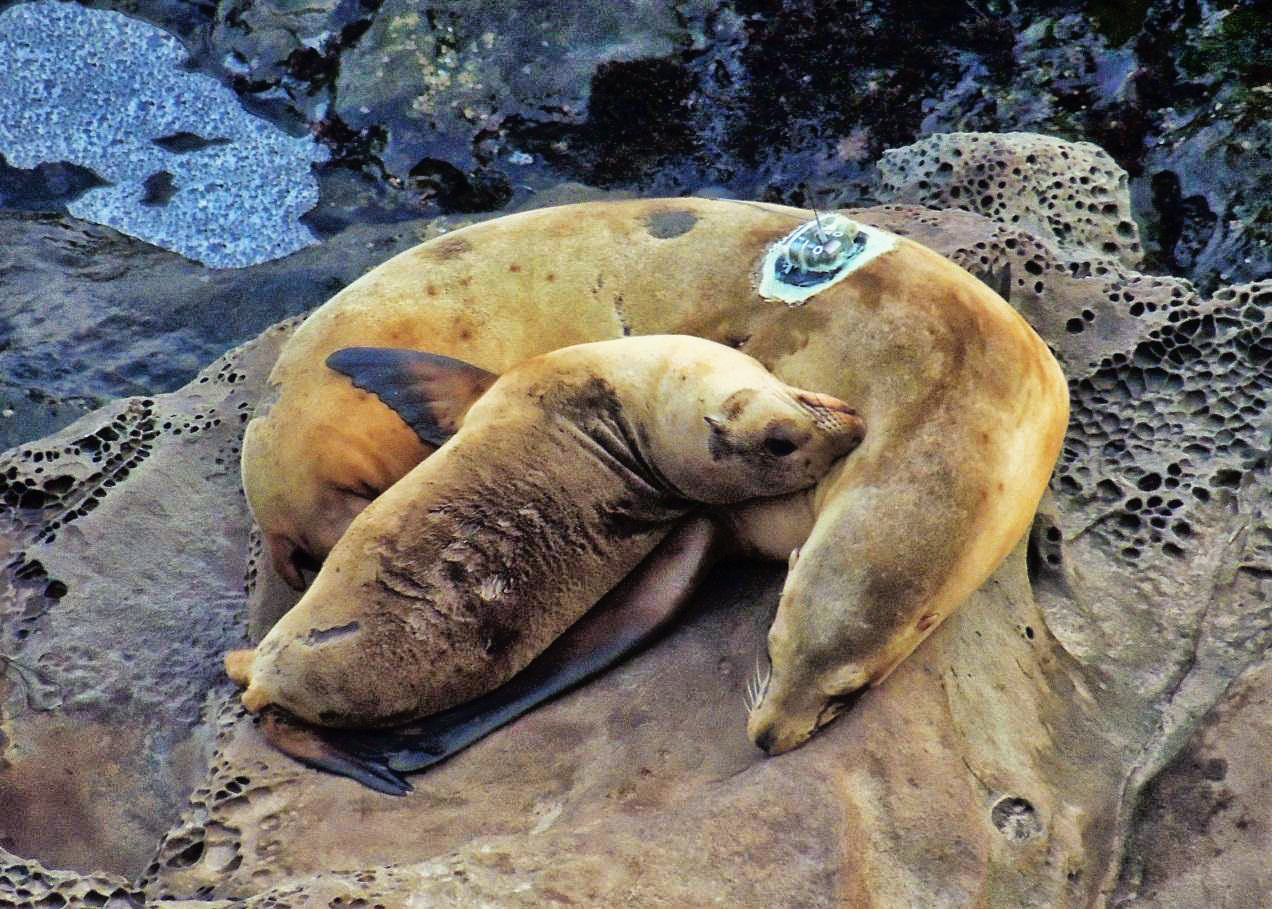 California sea lion female with her pup and a satellite telemetry instrument attached to her fur.

Diet and Foraging Behavior: Where Do They Go and What Do They Eat?

California sea lions spend 75% of their lives at-sea; it’s where they eat. Their behavior when they are at-sea impacts all other aspects of their population dynamics. We study diet directly by collecting fecal matter from haulouts and identifying prey from hard parts recovered. We use stable isotope and fatty acid analysis of different tissues to describe diet on different time scales from weeks to months to lifetime. From this data, we describe how the diet changes with changing ocean conditions that affect the availability of fish and cephalopod (e.g., squid) prey, and how diet shifts affect condition, survival, and reproduction of the population.

We use satellite telemetry to track the movements of California sea lions when they are at sea. The instruments gather data on location, diving behavior, and other activities that animals engage in when they are foraging. When paired with biological and physical oceanographic information like bathymetry and sea surface temperature, the data provide information on habitat use and requirements. When combined with diet, population abundance, and vital rates information, telemetry data provide an integrated view of how behavior at-sea affects population trends.

Hot Topics: What Are the Most Important Conservation and Management Issues? 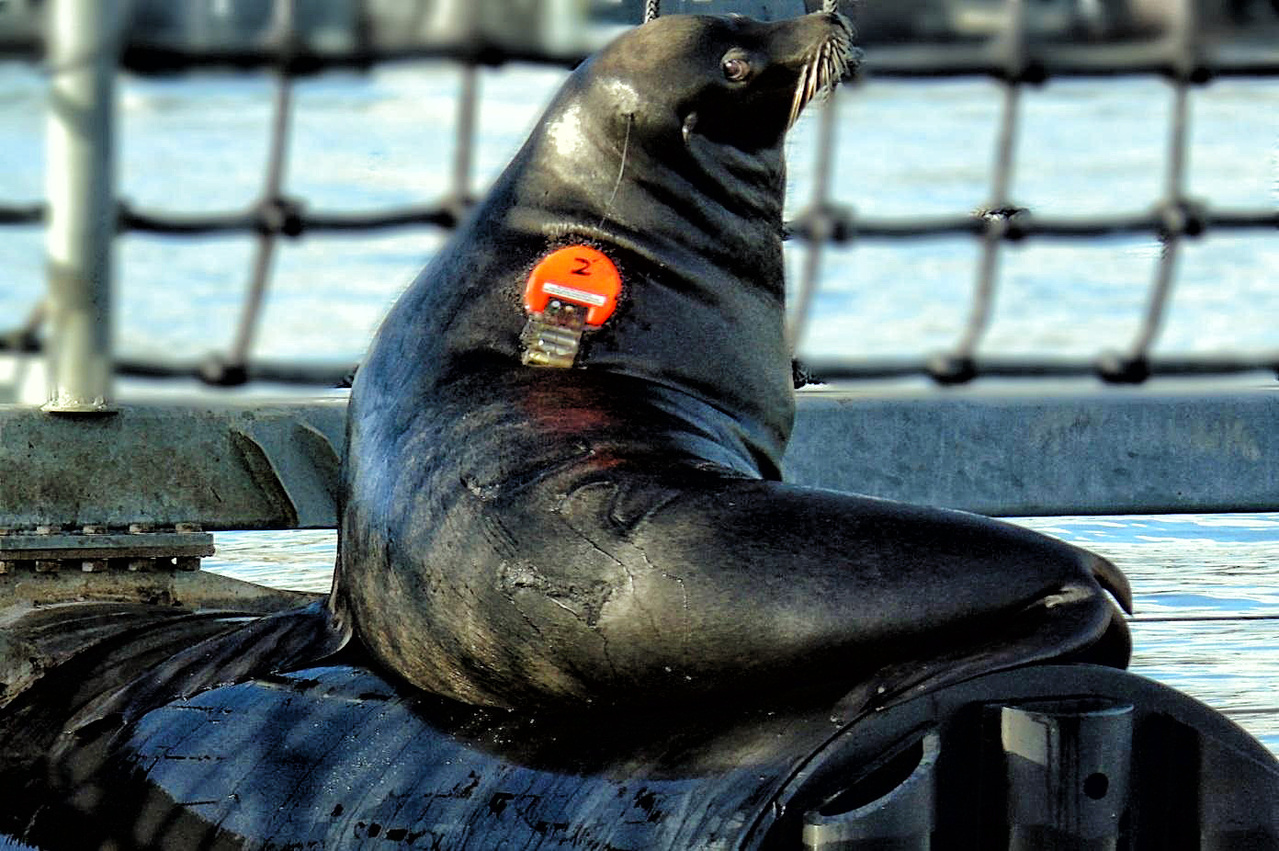 Last updated by Alaska Fisheries Science Center on May 13, 2021