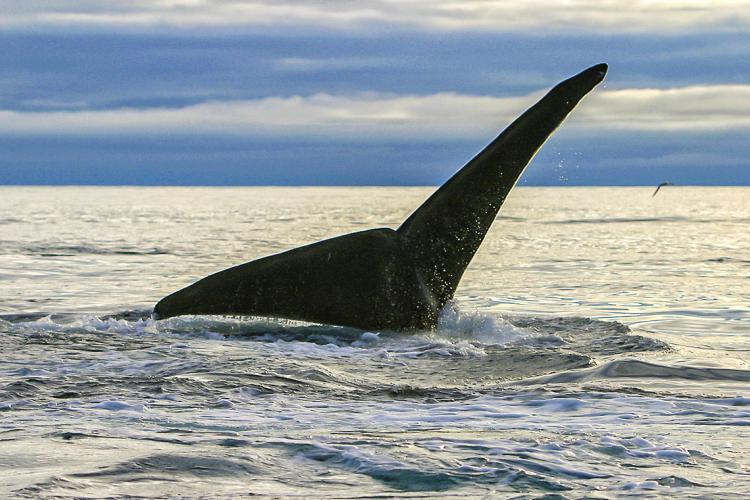 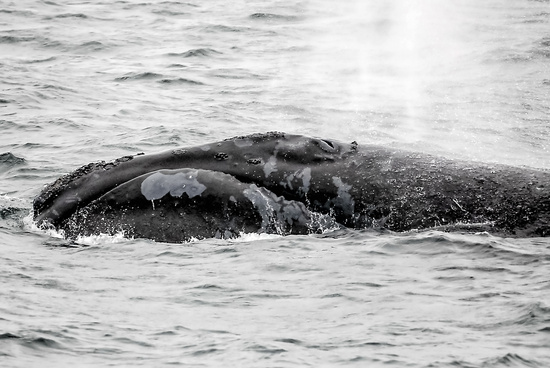 The North Pacific right whale is the rarest of the large whales. Only about 30 individuals are estimated to remain of the Eastern stock that lives in Alaskan waters. Scientists at the Alaska Fisheries Science Center's Marine Mammal Laboratory conduct research to provide the scientific advice needed to manage and recover this population otherwise headed toward extinction.

Resource managers need to know how many whales there are, where they are, and how their populations are changing. Our scientists collect this information and present it in annual stock assessment reports.

The extreme rarity of North Pacific right whales and the vast and remote area they inhabit poses a special challenge for population assessment. In some years there are no sightings. We use a variety of techniques to increase our ability to detect North Pacific right whales. We look for whales during dedicated vessel and aerial surveys, and on fish surveys. We listen for them using acoustic recorders moored on the sea bottom, and sonobuoys deployed from vessels and airplanes. 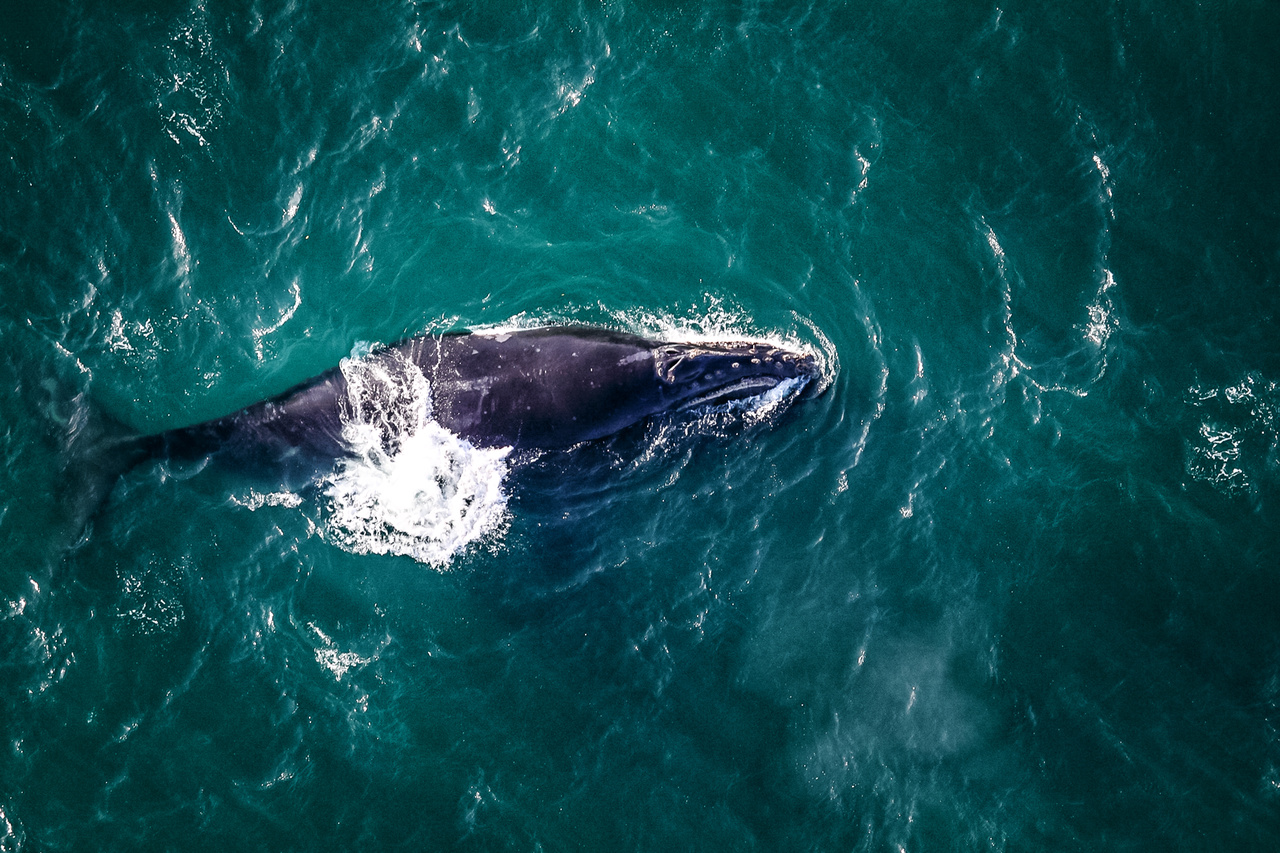 An aerial view of the North Pacific right whale.

Passive acoustics are also used to study whale behavior and vocalization, which increases our ability to detect North Pacific right whales for more accurate determinations of their distributions. Scientists at the Alaska Fisheries Science Center Marine Mammal Laboratory were the first to definitively attribute gunshot calls to North Pacific right whales. We combine visual observations of behavior with passive acoustic monitoring to correlate vocal activity with surface behavior. We also are working with scientists from other institutions to determine at which depths the whales are calling.

Studies Based on Historical Whaling Records

Old whaling records have revealed new information on the biology and historical distribution of right whales in Alaskan waters.

Our scientists searched Russian archives to discover numerous Soviet whaling industry reports of illegal whaling, which were previously unavailable to science. We found that catches of right whales in the eastern North Pacific were larger than previously believed, explaining the current precarious state and lack of recovery of this population. These records also uncovered a new record for the largest right whale in the North Pacific.

* All photos were taken under research permit.

This document is a review of information relating to possible critical habitat for eastern North Pacific right whales. It contains an assessment of…

When Being Right Is Deadly

The right whale got its name from whalers who called it the "right" whale to hunt. Right whales made ideal prey because they swim slowly and float after death. 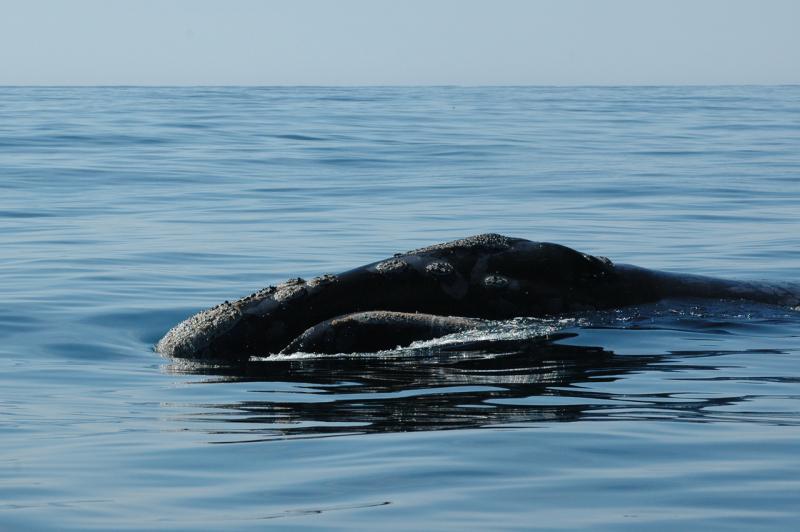 Last updated by Alaska Fisheries Science Center on May 11, 2022