A team of NOAA Fisheries scientists set out on a month-long research survey onboard the NOAA ship Reuben Lasker to try to locate the rare North Pacific right whale, possibly the most endangered marine mammal to visit U.S. waters. 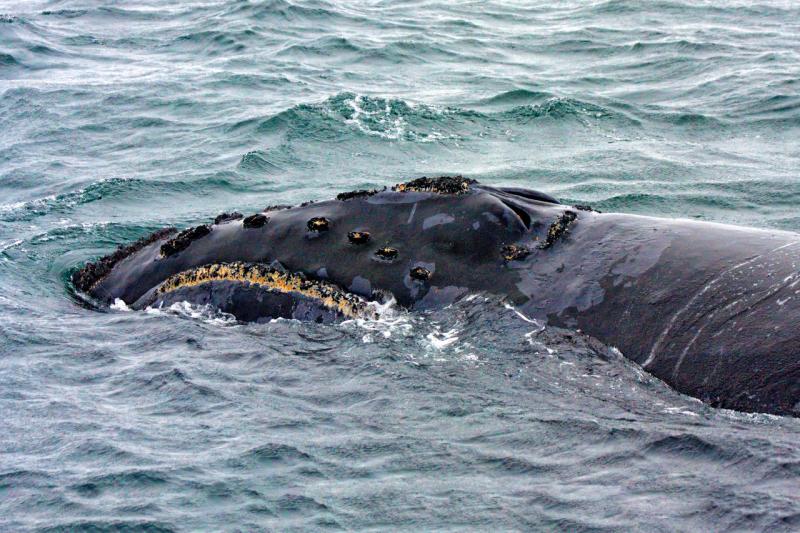 Today, only an estimated 30 North Pacific right whales remain in the eastern stock, the legacy of extensive historical whaling in the 19th century, and large illegal catches by the former Soviet Union, which further devastated the population in the 1960s. Scientists hope to collect information on the few remaining animals to inform strategies on how best to help these animals recover.

“We actually know very little about this species,” says Brenda Rone, NOAA Fisheries affiliate and chief scientist for the cruise from the Alaska Fisheries Science Center. “We hope to collect photos, tissue and fecal samples, as well as sound recordings of sighted whales.”

This basic information will help scientists identify individual whales so they can monitor their health and movements throughout U.S. waters.  What scientists learn about where whales go to feed, eat and raise their young will help resource managers identify ways to better protect important whale habitats and the whales.

A Hard Whale to Find

The little information scientists do have was collected primarily from animals in the Bering Sea.  The focus of this current research will be on the Gulf of Alaska, where there have only been a handful of sightings in recent years.

Because there are so few of these whales left, scientists will likely face a challenge in finding them.  They plan to use a combination of tactics to zero in on where the whales may be.

To begin with, scientists will conduct a survey, deploying acoustic equipment to try to hear the whales. Sound travels farther through water, so scientists can detect whales well beyond the distance at which they can be seen. North Pacific right whales make a variety of sounds underwater -most notably, a sound that scientists refer to as a “gunshot” call.

Once they locate a whale, scientists will collect as much information about it as possible. For instance, Right whales have growths called callosities on their heads. The pattern of callosities on each animal is as unique as a fingerprint, so scientists will photograph both sides of the head of any Right whales they find. They will then compare those photos to a catalogue of existing photos collected by researchers over the years to determine if the animal is already known to scientists. If the whale is known, new sightings can help establish its movements and range. 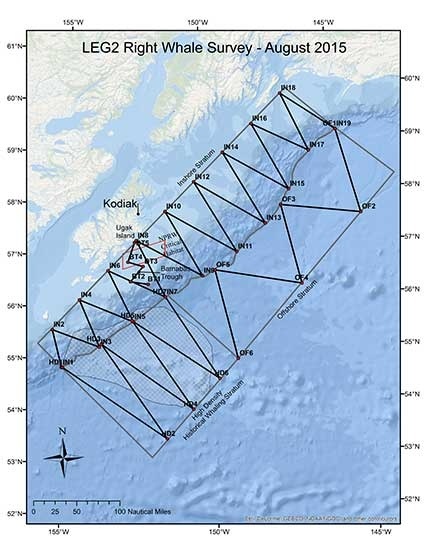 Scientists also will try to collect tissue samples so they can learn more about whale genetics and body condition or health. If they are lucky to get close enough, scientists might be able to attach satellite tags to individuals to monitor their movements over time.

To ensure they look in the right places, researchers are centering their work in areas where right whales were seen during past surveys and in areas deemed Gulf of Alaska critical habitat. They also will focus on a site where large numbers of whales were taken in historic commercial whaling in the Gulf of Alaska.

Hope for the Future

“In 2005, we located a juvenile right whale off Kodiak. This gives us some hope about the future of the population,” says Rone. “But we remain concerned about human impacts on this small population. For example, how will changes in the Arctic due to climate change, which could open up the Northwest Passage as a shipping route, impact right whales? It is imperative that we fill the critical gaps in knowledge if we are to save the North Pacific right whale!”

According to Rone, they also hope to spot a few fin and blue whales and collect more information on them as well.