Learn more about the North Pacific right whale, one of the most critically endangered large whales in the world. 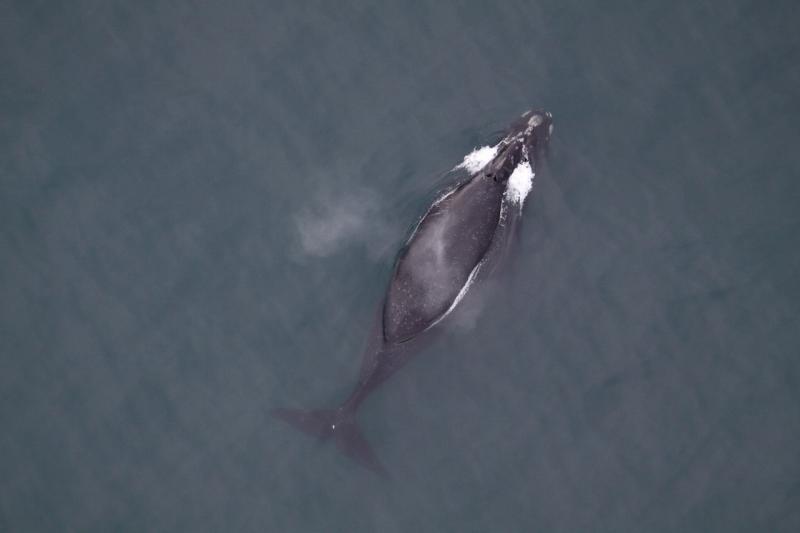 With only 30 individuals left, if this population goes extinct, it is highly likely that we would never see any more right whales in the Eastern Bering Sea or along the west coast of the United States. Before whaling they used to cover the entire Bering Sea and Gulf of Alaska, but now their distribution range is quite small.

Unfortunately, scientists know little about these whales. We need to learn more about where they migrate and breed so we can help conserve and protect them. NOAA scientists monitor and study North Pacific right whales with:

In summer 2017, NOAA Fisheries marine mammal scientist Jessica Crance joined the International Whaling Commission's Power Cruise, which surveys the eastern Bering Sea. During the survey, twelve whales were photographed, and one juvenile was discovered. Seeing a juvenile is exciting news—it's the first non-adult we’ve seen since 2004. It means there’s at least one reproductive female, and this evidence of breeding provides some hope for the population.

We have already established a critical habitat on their known feeding grounds. If we can learn more about their migration routes or their possible breeding grounds, then we can start to really focus our research efforts and our conservation efforts to help better protect the species.

As long as we continue to hear and see eastern North Pacific right whales, there will be hope that this population can recover and—hopefully—begin to reoccupy its former habitat and range.

The Mill River flows past the former site of the West Britannia Dam, after its removal. Credit: Massachusetts Division of Ecological Restoration.
More News

Last updated by Office of Communications on February 16, 2018