As part of a collaborative effort between the Marine Mammal Laboratory, the Northwest Fisheries Science Center, Cascadia Research Collective, and the University of Alaska, we have been participating in a satellite tagging project aimed at the West Coast Stock of transient killer whales. 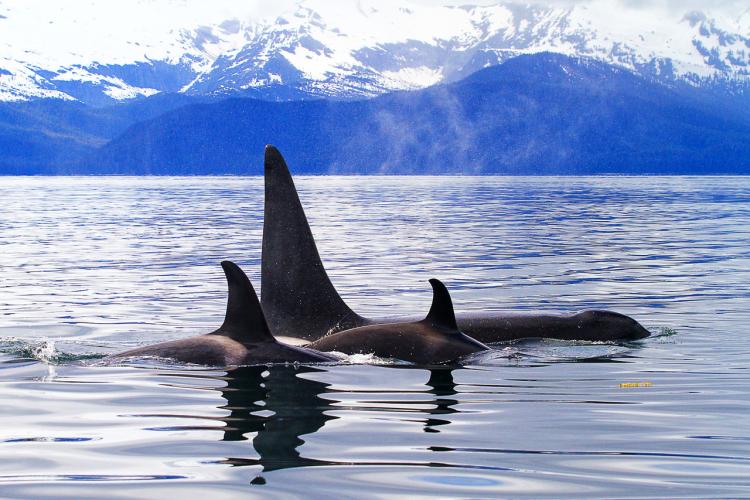 As part of a collaborative effort between the Marine Mammal Laboratory (MML), the Northwest Fisheries Science Center (NWFSC), Cascadia Research Collective, and the University of Alaska, we have been participating in a satellite tagging project aimed at the West Coast Stock of transient killer whales. Our project in Southeast Alaska began in 2010 with objectives defined as follows: 1) to more accurately assess the overall range of West Coast transient killer whales for stock assessment requirements, and 2) determine the impacts on local prey populations based on the amount of time the whales spent in each area where prey density is known.

In July 2015, MML scientists encountered the T100s and successfully satellite tagged T100C (an adult male). The T100s had been previously tagged in Puget Sound in 2010, but the tags only provided locations for about two weeks thus data on the overall movements/range of these whales were limited. Encountering them in July 2015 in Port Frederick, Southeast Alaska, represented a unique opportunity to learn more about their movements, overall range, and prey selection. Tags used were Spot5 satellite-linked transmitters in the Low-impact Minimally Percutaneous External-electronics Transmitter (LIMPET) configuration. Tags were remotely deployed and attached to the dorsal fin. When encountered, this group of whales had just killed a harbor porpoise, from which we were able to collect porpoise tissue samples that will be extremely important for studies of stock structure on harbor porpoises in Southeast Alaska. Another predation event occurred later during our July field season and we once again were able to collect another harbor porpoise tissue sample from this second kill. 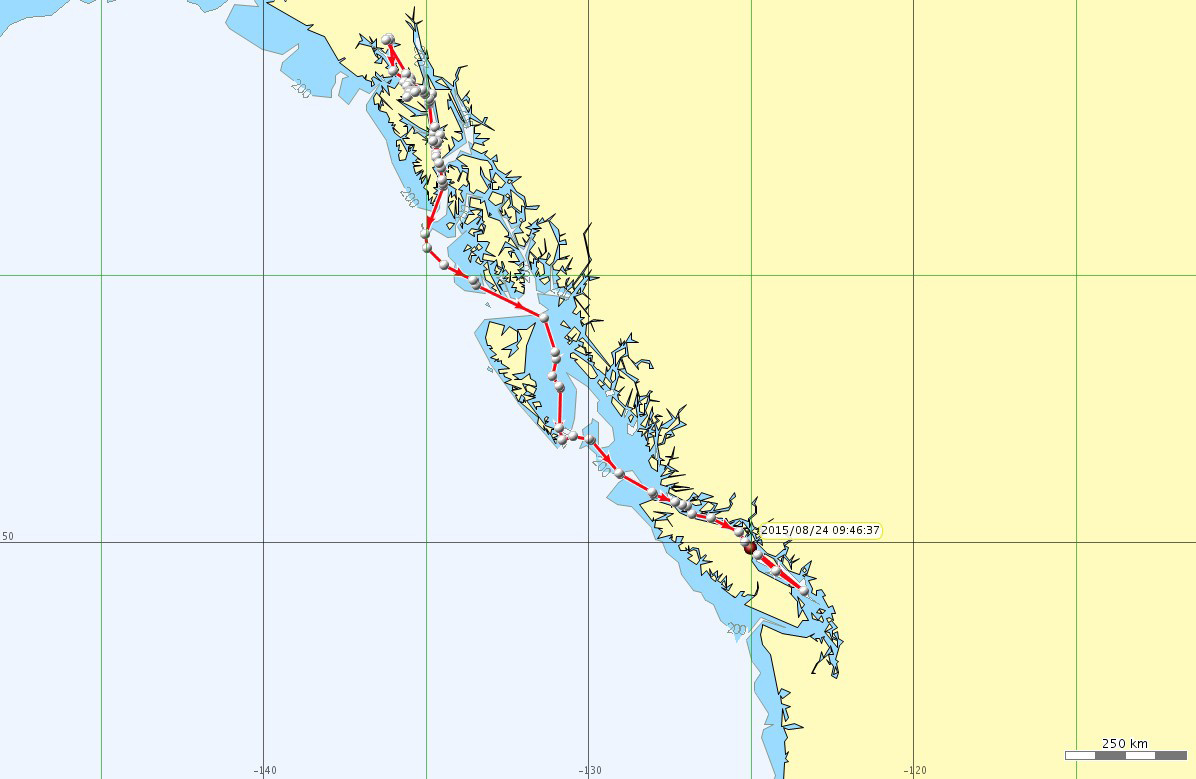 During the approximate month-long duration of this tag deployment, the whales spent the first couple of weeks in northern Southeast Alaska primarily targeting harbor porpoise and harbor seals. As they moved southward they spent time at three or possibly four Steller sea lions rookeries. The T100s are currently reported in the Strait of Georgia (see map above).

Our collaborative research project also includes follow up studies of tagged whales; an opportunity that is unique to the inland waters from Southeast Alaska to Puget Sound, Washington (i.e., allowing us to re-encounter known tagged whales). Photographs of previous tagged whales are collected to evaluate wound healing. This research is conducted under a permit issued to the NOAA Fisheries (both MML and NWFSC) in addition to being reviewed through IACUC.