In an effort to strengthen sea turtle conservation efforts, NOAA Fisheries published a final rule to require all skimmer trawl vessels 40 feet and greater in length to use turtle excluder devices (TEDs) in their nets.  A TED is a device that allows sea turtles to escape from trawl nets.  The purpose of the rule is to aid in the protection and recovery of listed sea turtle populations by reducing incidental bycatch and mortality of sea turtles in the southeastern U.S. shrimp fisheries.

Skimmer trawl vessels 40 feet and greater in length that are rigged for fishing are required to install TEDs in their nets by April 1, 2021.  For purposes of this rule, vessel length is the length specified on the vessel’s state vessel registration or U.S. Coast Guard vessel documentation required to be onboard the vessel while fishing.

What are the new requirements issued by NOAA Fisheries through this final rule?

What is a TED and how much does it cost? 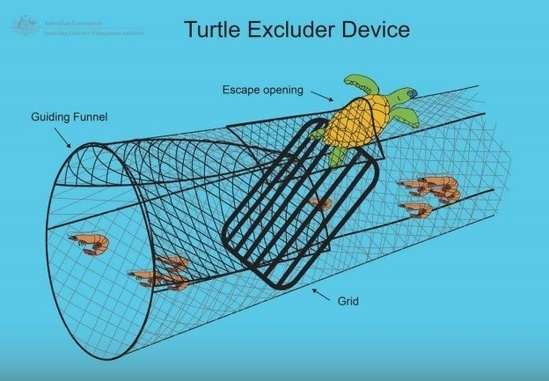 Who would be affected by the new requirements in the southeastern shrimp fisheries?

When are the new requirements effective?

Where can I find information on the new requirements?

Did NOAA Fisheries analyze the effects of southeast shrimp fisheries on sea turtles and other endangered or threatened species?

Does the Fisheries Service plan to reinitiate consultations under the Endangered Species Act?

What effect does the final rule have on observer requirements for skimmer trawl, pusher-head trawl, and wing net (butterfly trawl) vessels?

What has changed in the final rule from the proposed rule? 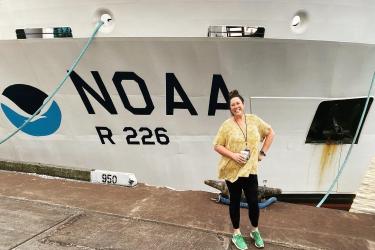 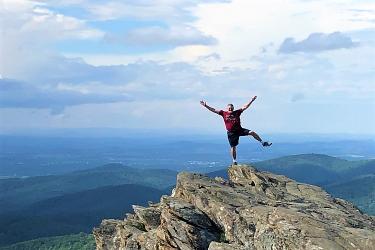 Clay Porch celebrates a hike to the top of a mountain in Virginia. One of his favorite activities outside of work is to hike in the mountains. Photo courtesy of Clay Porch
Feature Story 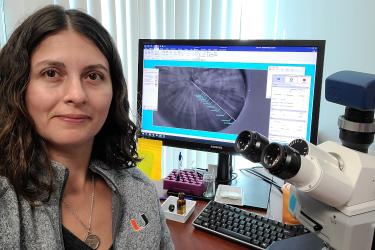