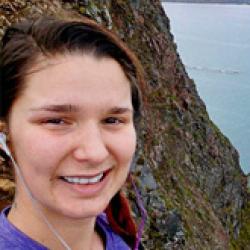 Bobbie was born and raised in Washington and received her B.S. from Western Washington University in Bellingham where she graduated in 2012. When she isn’t working she plays guitar, ukulele, and sings and writes music. She loves the outdoors and enjoys a yearly tradition of heading the North Cascades with her family for a week-long backpacking trip every summer.