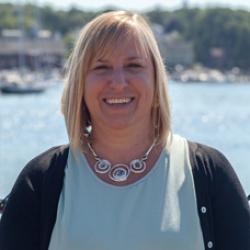 Kim Damon-Randall is the director of NOAA Fisheries Office of Protected Resources. Ms. Damon-Randall has extensive experience in the conservation, recovery, and management of protected species. She has worked on issues ranging from responding to petitions to list species under the Endangered Species Act to designating critical habitat. She has coordinated focused outreach efforts to raise awareness about threats to endangered species through initiatives such as the International Year of the Salmon and Species in the Spotlight campaigns.

Damon-Randall joined NOAA Fisheries in 2001 in the Fisheries Statistics Division before moving to the Protected Resources Division. In Protected Resources, she first worked on section 7 consultations under the Endangered Species Act and then coordinated the proactive conservation program and served as a listing biologist. Damon-Randall became the supervisor of the Endangered Species Group in 2008, took on the Assistant Regional Administrator position in 2014, and served as the Deputy Regional Administrator until 2021.