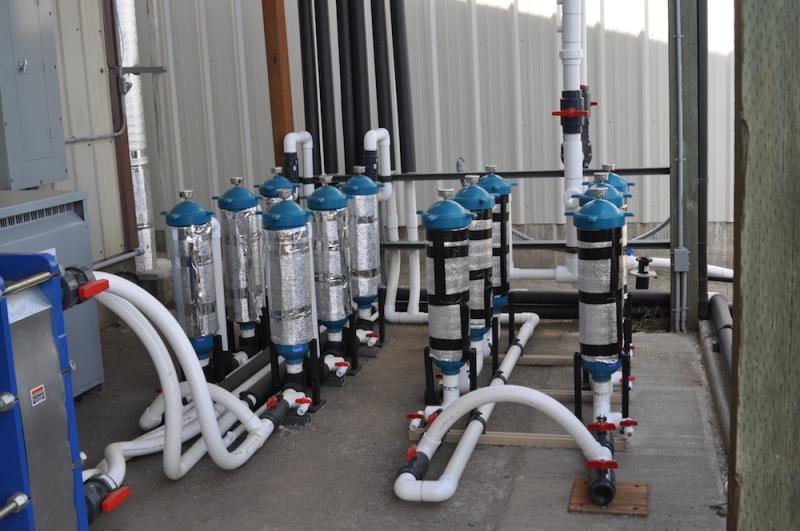 Native oyster populations in Puget Sound are at less than 4% of historic levels. This significant decline affects our region's ecology, as well as the cultural tradition of tribes who harvest shellfish for a living. In response, NOAA and the Puget Sound Restoration Fund are working with state, tribal and industry partners in Washington State on a 10-year plan to rebuild populations of native Olympia oysters in Puget Sound and restore 100 acres of oyster habitat by 2020.

Located along the shores of Washington state's Kitsap Peninsula, NOAA's Manchester Research Station is perfectly situated to culture native shellfish. This research station has been at the forefront of aquaculture since the 1970s, and with the completion of a modern shellfish hatchery onsite, scientists, research and restoration partners are better equipped to improve the conservation of native shellfish.

Working with our partner, the Puget Sound Restoration Fund, we will provide the scientific expertise and specialized facilities to support the research and production of native oysters and other Pacific Northwest living marine resources.

With the new shellfish hatchery, our near-term collaborative research goals are to:

Future research will focus on the culture of other marine life in Puget Sound, including rock scallops, Pinto abalone, and macroalgae.

About the National Shellfish Initiative and Washington State Initiative

In the Pacific Northwest, the shellfish industry adds an estimated $270 million a year into the region's economy, bringing jobs to more than 3,200 people, primarily in coastal communities. For over 150 years, Washington State's tidelands have served as productive farm beds for nutritious oysters, clams and mussels.

The Washington Shellfish Initiative brings together local governments, tribes and the shellfish industry to promote and expand aquaculture, increase opportunities for recreational shellfish harvesting, protect water quality, and restore native shellfish habitat and populations – including the native Olympia oyster and pinto abalone. The initiative invests state and federal funding to address environmental factors that stand in the way of shellfish aquaculture and restoration efforts, including pollution, agriculture impacts and climate change.

The new hatchery also supports the goals of the President's National Ocean Policy, which include expanding domestic aquaculture to spur our ocean economy and improve ocean health.

The new facility will be named the Kenneth K. Chew Center for Shellfish Research and Restoration in recognition of Professor Chew's longstanding contributions to shellfish research and aquaculture, the contribution of his many students who continue to advance this work, and the importance of NOAA's efforts to restore shellfish in Puget Sound.