Another Successful Year for NOAA's Science Camp in Seattle

Thirteen years ago, the Western Regional Center in Seattle, Washington, hosted its first NOAA Science Camp. To date, over 1,000 middle school students have participated in this fun, enriching, camp experience, where they interact with scientists. 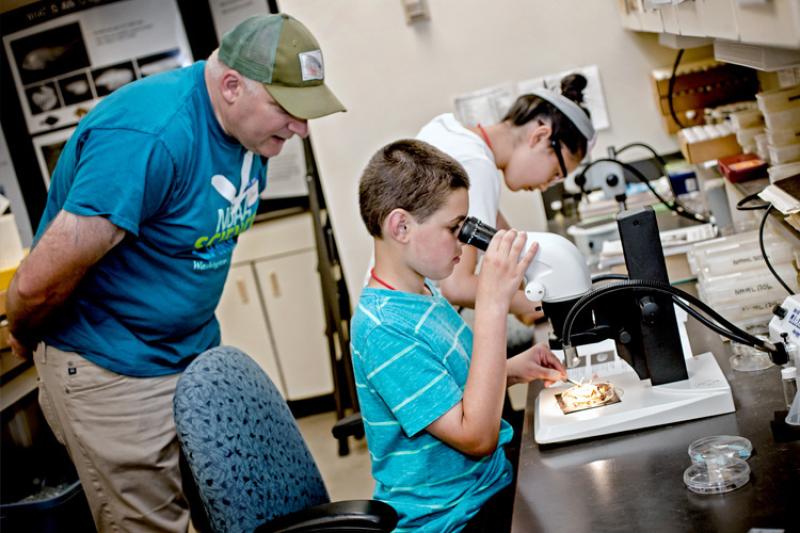 Thirteen years ago, the Western Regional Center in Seattle, Washington, hosted its first NOAA Science Camp. To date, over 1,000 middle school students have participated in this fun, enriching, camp experience, where they interact with scientists and explore current environmental issues.

An equally successful offshoot of NOAA Science Camp is the high school Junior Leadership Program, which began in 2011. Through this program, graduates of the science camp continue their own investigative science learning and career building experience while serving as mentors for new science camp attendees. 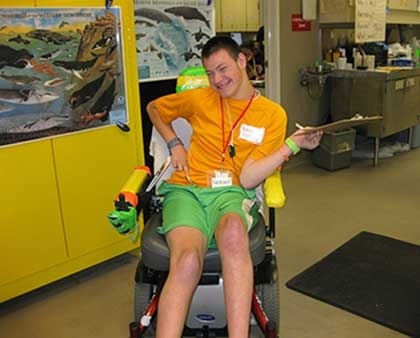 Camper Samuel Baugh from Colfax, California. He plans to come back to the camp next year.

This year, the camp welcomed 19 students from Showalter Middle School in Tukwila, Washington. Students from this school represent many cultures and ethnic groups. The camp provided a great opportunity for these students to participate in hands-on science learning in a real-world setting.

Another camper, 15-year old Samuel Baugh, traveled over 750 miles from Colfax, California with his mother to attend the camp because she saw this as a great chance to further her son’s science education.

“Samuel has a passion for science and wanted to connect with NOAA programs. This camp was exactly what we were looking for,” said Dina Baugh.

Students glimpsed what it’s like to be a marine mammal researcher - from photographing whales and seals and recording the sounds they make so they can be identified, to attaching tags to track their movements.

Campers also took part in a science, math, engineering, and technology (STEM) challenge, creating egg-drop devices and crafting plankton forms, as well as learning the basics of creating a remotely operated underwater vehicle (ROV). In addition, they investigated a hypothetical environmental incident to learn first-hand how NOAA scientists collaborate to respond to environmental events like oil spills. And scientists had a chance to practice communicating their research to a non-scientific audience.

“Students aren’t the only ones to take something away from the experience,” said Sally Mizroch, marine mammal biologist, Alaska Fisheries Science Center. “It’s rewarding to help recruit the next generation of researchers. I love getting kids to figure out that their own kids and grandkids could study the same whales that we’ve been studying because these animals may actually live that long.” 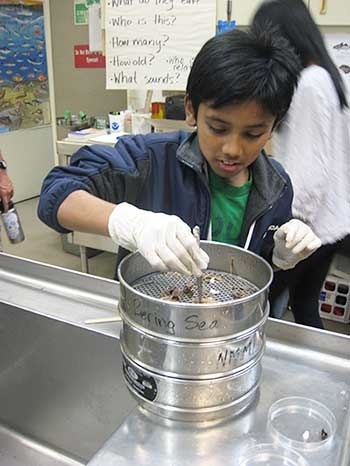 Alaska Fisheries Science Center has played a key role in making the camp happen each year, largely due to the efforts of Lisa Hiruki-Raring, Marcia Muto, and the many scientists who have contributed their time and expertise to camp activities.

In the midst of this year’s camp, Hiruki-Raring received an email from an enthusiastic parent who had sent both of her daughters through the camp.

“What a fantastic experience this has been for both my daughters. I am sad to say that my kids had virtually ZERO science education in elementary school, so NOAA Science Camp was a revelation to them. Thank you so much, NOAA for creating this camp. It’s life-changing,” said Kelly Powers.