The majority of sharks harvested in the United States are species with above-target population levels. And we have rebuilding plans for all overfished species. 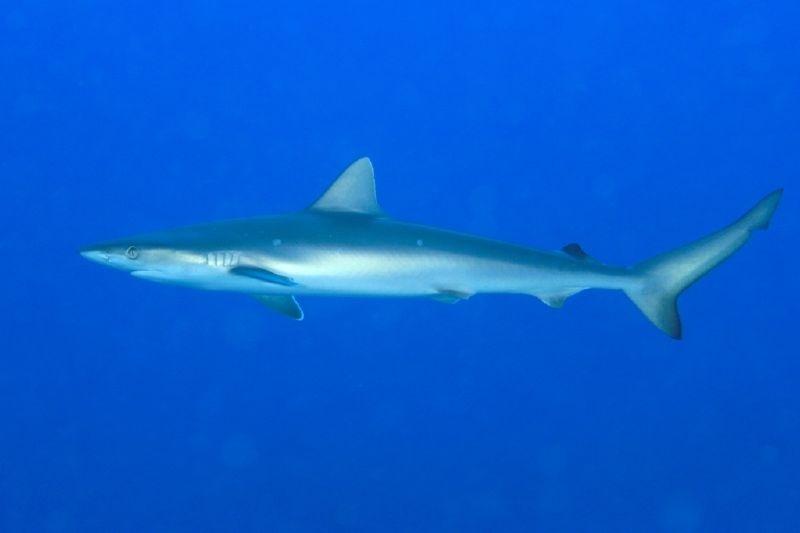 The world’s oceans are home to around 500 species of sharks. With so many species, it’s difficult to talk about the status of shark stocks overall. Regardless of the species, federal laws and regulations work to ensure that shark fisheries in the United States are healthy going into the future.

Read the facts below to learn more about what it means to be overfished and how we sustainably manage our shark fisheries.

Gulf of Mexico blacktip sharks are a good example of these rules at work. A popular food fish, blacktip sharks experienced a slight population decline in the 1990s. We established a quota specifically for this population in 2015. That combined with retention limits tied to other commercially valuable species contributed to a higher population today than the target level set by scientists.

Understand why U.S.-caught sharks are a sustainable food choice

It’s a common misconception that overfished species are at risk of extinction. But the categories of overfished and overfishing are not directly related to threatened and endangered designations under the Endangered Species Act.

To understand the difference, it helps to know another term: maximum sustainable yield. This is the largest catch level that a species can sustain over a long period of time. If a stock is declared overfished, that means its numbers have fallen too low to produce its maximum sustainable yield. An overfished status doesn’t say anything directly about whether the species is endangered or likely to become endangered.

NOAA Fisheries is dedicated to rebuilding overfished stocks. Of the 43 shark stocks managed in the Atlantic Ocean, six are overfished. We have put rebuilding plans in place for each of these with strict catch limits based on the best available science. These limits are closely monitored and enforced.

The vast majority of sharks harvested in the United States are species with above-target population levels. In the Atlantic, for example, 94 percent of all U.S. shark landings in 2018—including bycatch—were of five species, which are neither overfished nor subject to overfishing:

Learn more about how spiny dogfish have benefited from sustainable management

4. Some of the shark stocks at risk overseas are strong in the United States.

It’s true that unsustainable fishing, habitat loss, and other practices such as shark finning have greatly depleted some shark populations overseas. In the United States, we’re committed to ensuring sustainability through science-based management.

U.S. fishermen operate under some of the most transparent and robust environmental standards in the world. We use annual quotas, retention limits, naturally attached fin requirements, and other tools to prevent overfishing. Our management also keeps fishermen on the water and ensures fresh seafood is available to consumers.

Effective enforcement is also a critical component of our fisheries management approach. NOAA Fisheries conducts patrols both on and off the water. We also monitor vessel activities, conduct investigations, and use other measures—including emerging technologies—to ensure fishery management rules and regulations are followed.

Learn more about our shark fishing rules and regulations

Learn more about how we support international shark conservation

Last updated by Office of Sustainable Fisheries on September 11, 2020