In celebration of our 150th anniversary, we are highlighting people and activities that helped build the foundation of fisheries and marine science. Baird Station, the first federal fish hatchery, set the stage for today's national fish hatchery system. 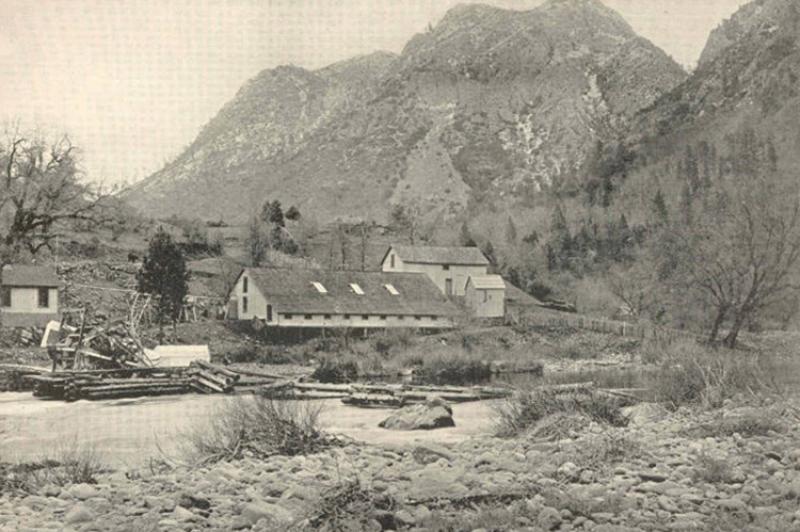 Spencer Baird, founder of NOAA Fisheries, was aware of the need to research how and why fishery stocks could be depleted. His first trip to Woods Hole in 1863, before he was appointed as the first U.S. Fish Commissioner, was conducted partly as tourist, partly as fisheries researcher.

Once he became commissioner in 1871, Baird’s charge was to “ascertain whether any and what diminution in the number of food fish of the coast and inland lakes has occurred.” The additional task of “supplementing declining native stocks of coastal and lake food fish through fish propagation” was added in 1872.

Livingston Stone was born in Boston in 1836 and graduated from Harvard in 1857. He became a church pastor, but health issues required him to spend as much time outdoors as possible. He turned to fish and fisheries. In 1870, he helped found the American Fish Culturists Association, which later became the American Fisheries Society.

Hatcheries and a Fish Park

With the help and collaboration of local Native American people—the Winnemem Wintu—salmon eggs were routinely gathered and shipped by railroad. They were sent to East Coast locations to stock streams, and for shipment overseas. The need to feed a growing population led to the decision to transplant established East Coast marine species—American shad, striped bass, eels, lobster, catfish, and Penobscot salmon—to the West Coast. Today the West Coast shad population is healthy and striped bass is a favorite sport fish.

Noting the decline of West Coast salmon stocks, Stone advocated for a national salmon park in Alaska. Established in 1892 on Afognak Island, it was rescinded in the 1930s, but it foreshadowed the creation of today’s marine protected areas.

In 1897 Stone moved back East to oversee a new fisheries station and hatchery at Cape Vincent on Lake Ontario in upstate New York. His innovative work in fish culture resulted in many national and international honors and awards. More than 100 hatcheries were built during his career. His 1898 publication Culture of Fish for the Fish Commission remains a standard reference document. In 1989 he was voted into the National Fish Culture Hall of Fame, located in South Dakota.

The Baird hatchery was the first in the National Fish Hatchery System. Today, there are 70 national fish hatcheries across the country. In addition, seven fish technology centers and nine health centers focus on conservation techniques and methods and the health of fish and amphibians in captivity and in the wild. They are operated by the U.S. Fish and Wildlife Service, which credits its founding to the establishment of the U.S. Fish Commission in 1871 and to the efforts of Spencer Baird.

Fate of the Early Stations