Scientists gave black sea bass a hearing test. It was a first step in understanding how ocean noise pollution might affect this fish’s natural behavior. 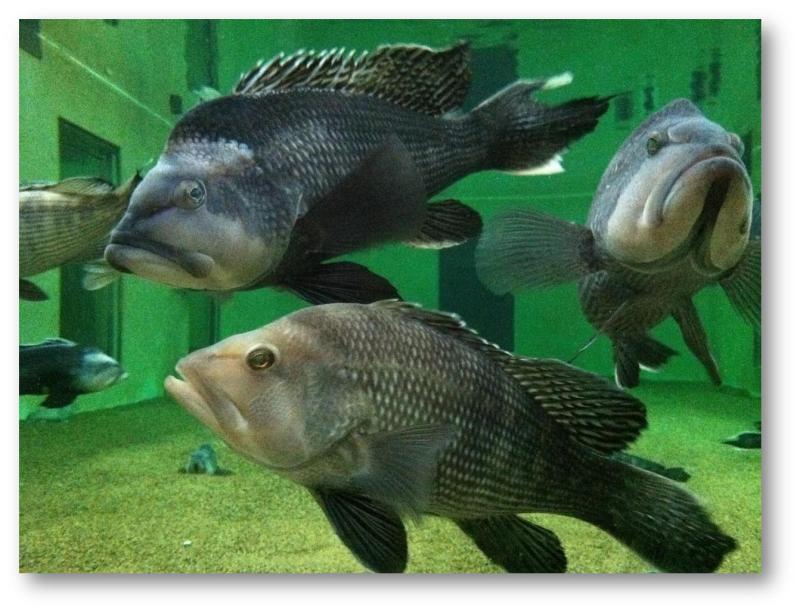 Scientists looking at the effects of underwater pile driving and construction noise on sea life have found that black sea bass can hear these sounds. The noise may interfere with their natural behavior.

Their study is the first to look at the impact of ocean noise on this fish species. It found that younger fish were more sensitive to sounds than older fish. The frequencies at which the fish are most sensitive to sound directly overlap with frequencies of human-produced noise pollution. This noise comes from activities like shipping and the underwater construction required for offshore wind farms.

“No one knew for sure how much black sea bass can hear and how that changes as they age,” said Beth Phelan, a fishery biologist at the Northeast Fisheries Science Center’s laboratory at Sandy Hook, New Jersey and a co-author of the study. “We do know that black sea bass are attracted to underwater structures, and have anecdotal information that they move away from noise. We had to first determine the range of sounds they can hear by giving them a type of hearing test, much like we do to humans.”

How Much Can Black Sea Bass Hear?

This study used 20 black sea bass of different sizes and ages, characterized as small, medium, or large. Researchers collected the fish from waters around Woods Hole and Martha’s Vineyard, Massachusetts and off coastal New Jersey. They then held the fish in flow-through tanks at seasonal temperatures at the science center’s James J. Howard Marine Sciences Laboratory in Sandy Hook, New Jersey and at the Woods Hole Oceanographic Institution in Woods Hole, Massachusetts.

To test what black sea bass can hear, researchers applied the same technique used for testing hearing in humans and other animals. Electrodes attached to the fish’s body measured the electrical signal generated by its brain in response to a sound. They also observed the fish, and recorded any responses that they could see.

The fish were exposed to seven different frequencies of sound ranging from 80 to 2000 Hz, the expected range of fish hearing. Four goldfish served as a control group for comparison with other studies of hearing in fish.

Results of this study, published in the Journal of Experimental Biology, indicate black sea bass can hear sounds in the 80 to 1000 Hz range. The highest sensitivities to sounds were found at the lower frequencies. The fish had the greatest sensitivities to the pile-driving recordings, which were in the 70 – 200 Hz range, with 150 Hz the most sensitive frequency. Compared to results from other fish species tested using similar techniques, black sea bass have a fairly typical hearing bandwidth. However, they have more sensitivity at lower frequencies.

Researchers used 3D imaging to see biological structures inside the fish. They also dissected some fish to study their auditory nerve, ear bones, and related inner-ear components. Researchers also examined swim bladders and other parts of the fish’s anatomy to understand how their body structure and organs might transfer sound and affect hearing as the fish age.

“The combined methods used in this study demonstrated what black sea bass can hear,” Phelan said. “We also found no evidence from our recordings that they regularly use sound to communicate. Compared to other related fish species, black sea bass have good hearing and fairly sensitive sound detection. However, the decline in hearing as black sea bass get older is uncommon in fish. Why that occurs is unknown.”

The foundations that support wind turbines in the ocean create structures that can act as artificial reefs, changing the local marine habitat. These reefs can attract high densities of marine organisms including fish, like black sea bass, that prefer structured habitats.

“We know very little about the impact of continuous sound produced by operating wind farms on many fish species, including black sea bass,” Phelan said. “With multiple planned construction activities occurring along the northeast U.S. coast, the construction and operational sounds from these developments may simultaneously affect fish inhabiting these areas and those at an unknown distance.”

To fully understand how wind energy development will affect black sea bass and other fish species requires more study. Changes in feeding and breeding grounds, migration, and reduced growth and reproduction induced by stress are among potential effects. Other physical and behavioral responses to short- and long-term exposures to sound could have significant impacts on individual fish and entire fish populations, as well as the fisheries that rely on them.

Researchers involved in this study came from NOAA’s Northeast Fisheries Science Center and the Woods Hole Oceanographic Institution. The study was funded by the Bureau of Ocean Energy Management Environmental Studies Program.