Seals and sharks in Cape Cod waters have some things in common, but other facts may surprise you. 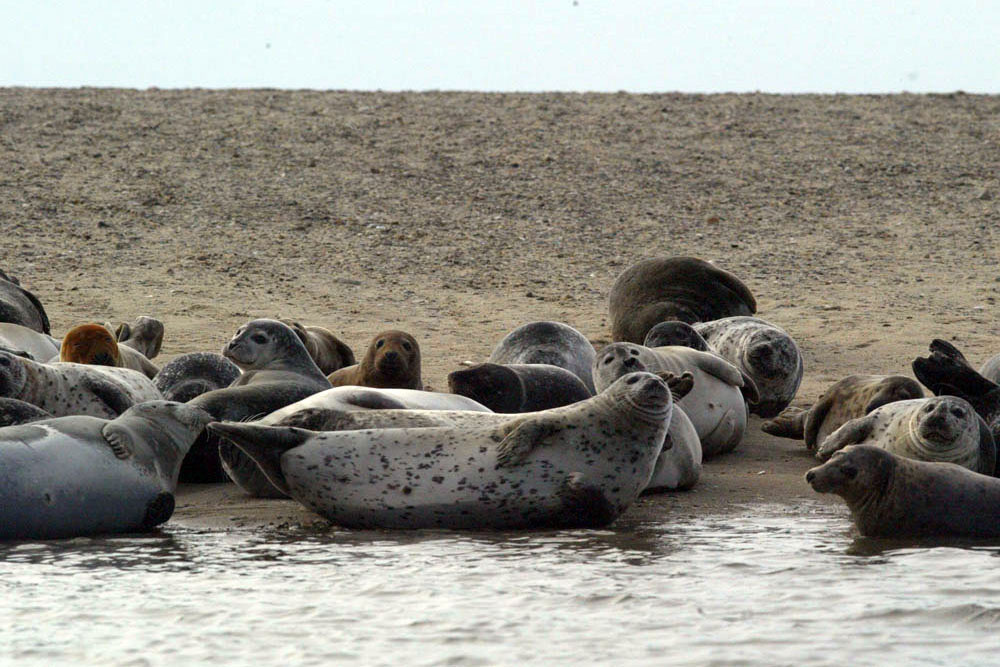 Gray and harbor seals hauled out on the beach at Jeremy Point in Wellfleet, Massachusetts in 2007. Photo credit: NOAA Fisheries

Seals and Sharks: A Few Things in Common 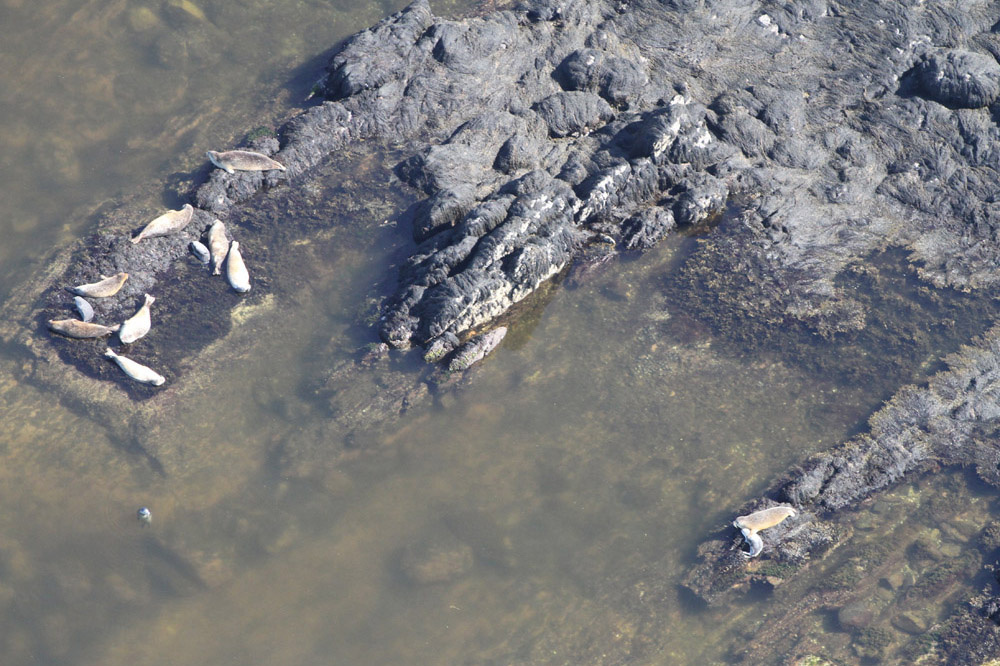 Harbor seals on Resolution Island in Maine during a 2012 harbor seal survey off New England. A mother and pup are visible in the lower right corner. Seals in Maine are often found in remote rocky areas and are not as visible to the public, while on Cape Cod they are on sand bars and other areas closer to people. Photo credit: NOAA Fisheries 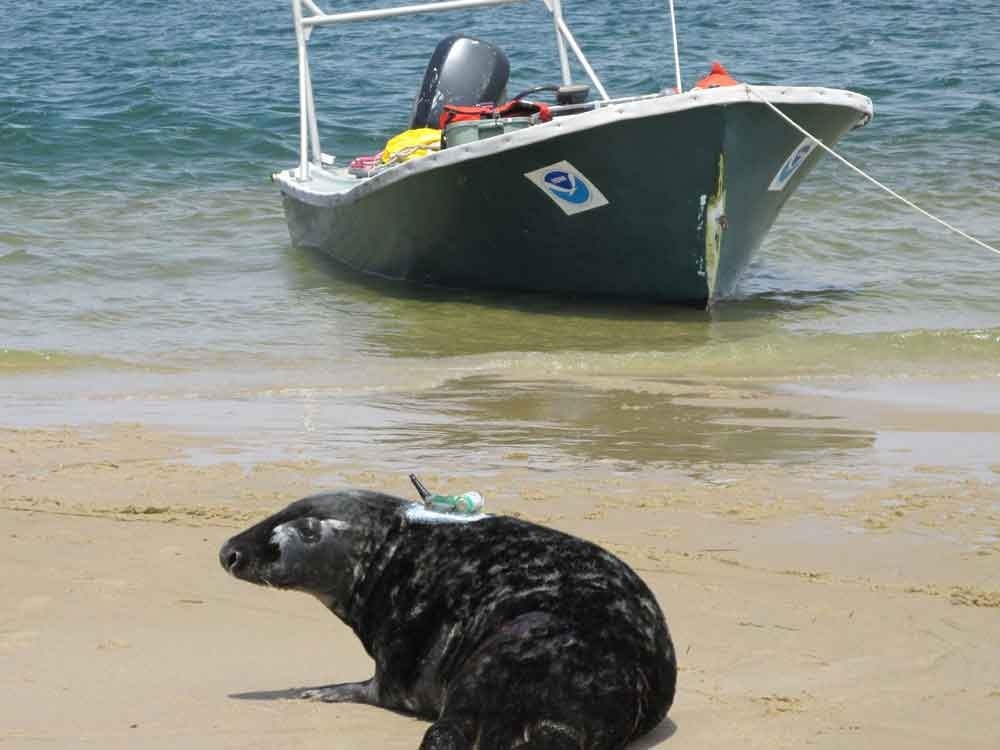 Gray seal, captured for sampling and tagged with a GPS receiver, returns to the water off Chatham, Massachusetts. The first tagging and sampling of adult gray seals on Cape Cod was conducted in 2013. Photo credit: NOAA Fisheries 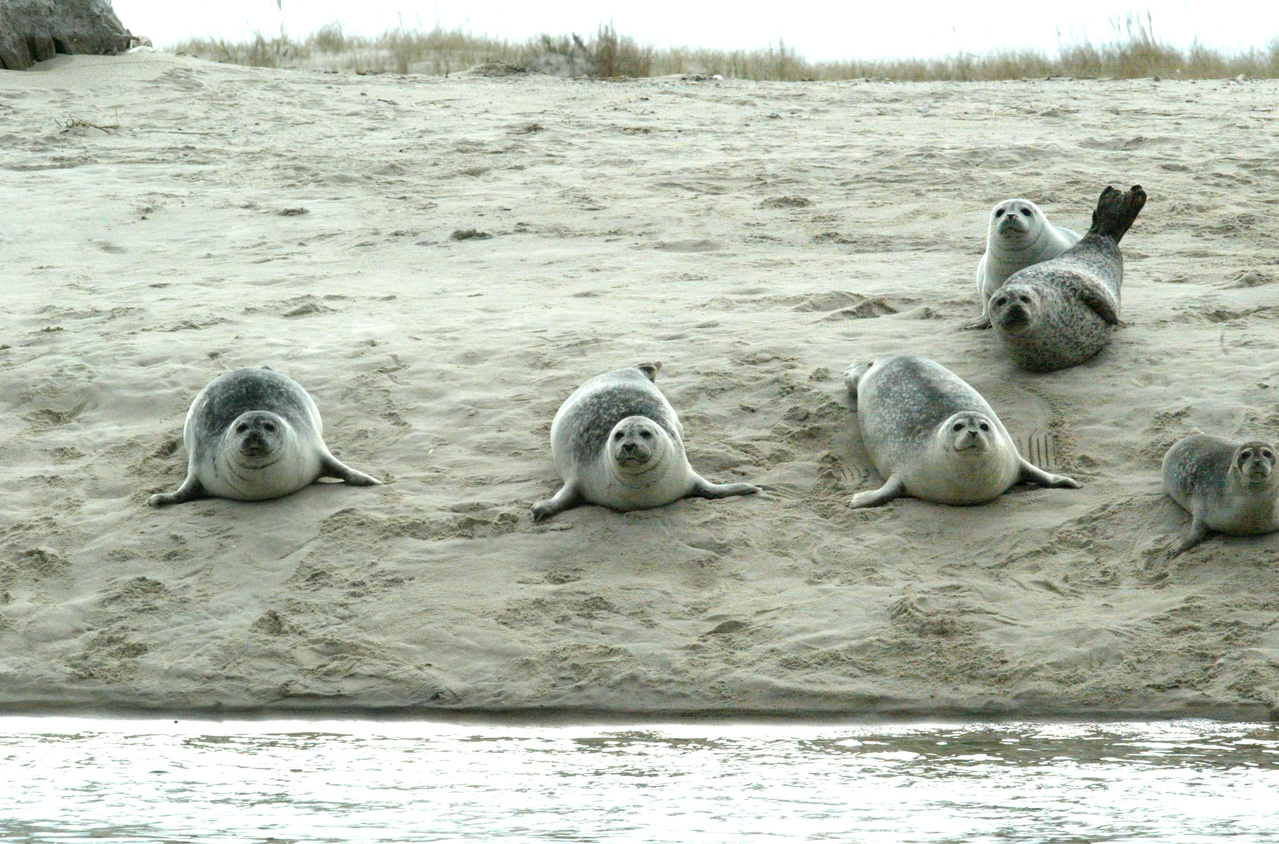 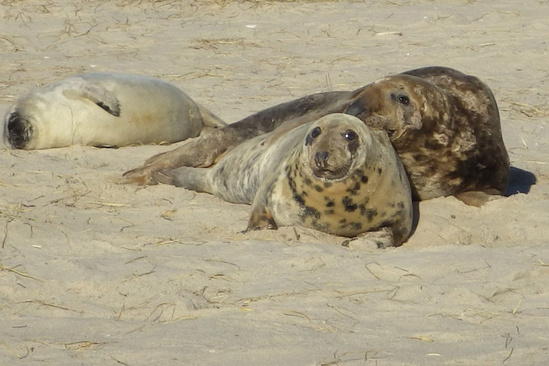 A gray seal family during pupping season on Muskeget Island off Nantucket. The pup is covered in white fur at left, the father is behind the mother at right.  Photo credit: NOAA Fisheries