In Career Protecting Fish, No Such Thing as a “No Win” 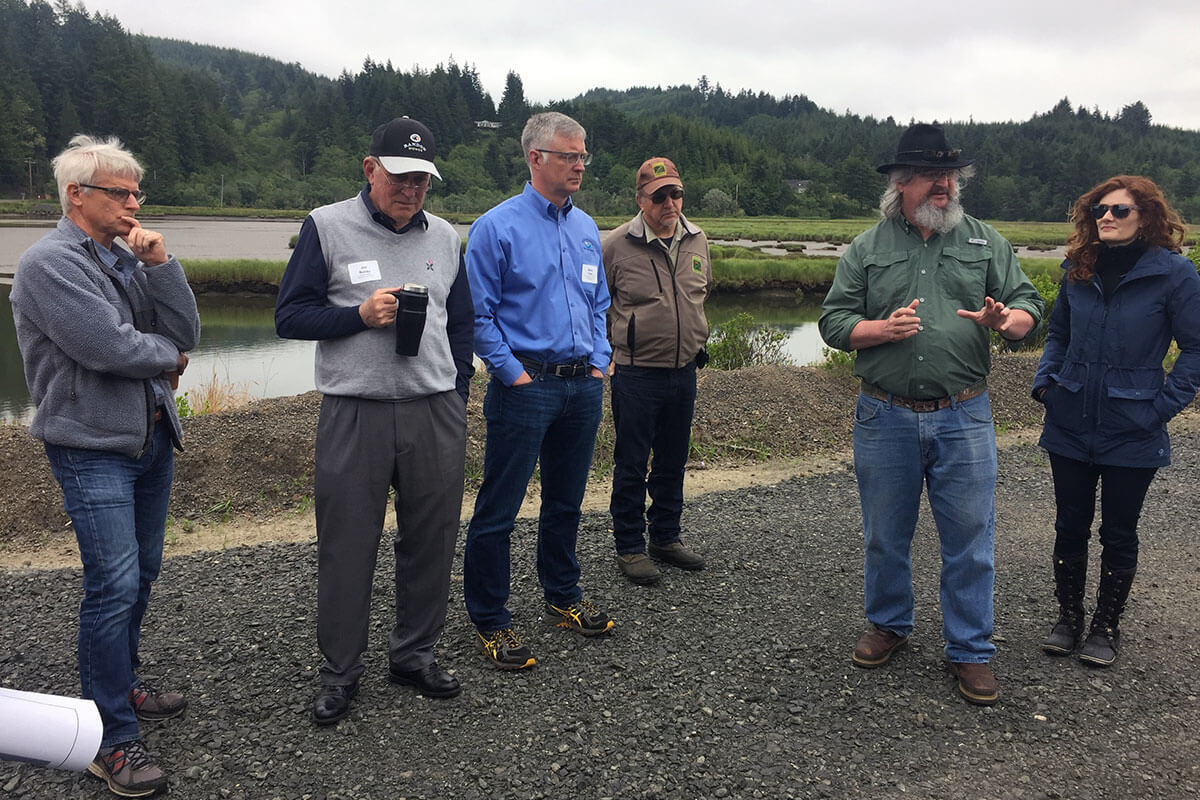 In 2007 Ken Phippen watched the removal of Savage Rapids Dam get underway on Oregon’s Rogue River. It reopened more than 150 miles of habitat to protected salmon and steelhead. It was a monumental achievement for salmon conservation on the Rogue. Many hoped it would be only the first of several dams to come out.

The NOAA Fisheries Oregon Branch Chief turned to a colleague and said there was more work to do. Phippen also had his sights set on another outdated Rogue River Dam that impeded fish passage: Gold Ray.

Maybe so, but by 2010 Gold Ray had come down too. In a matter of three years, four main Rogue River dams had come out. That largely returned the signature southern Oregon river to its wild state. It gave its prized Chinook and coho salmon—as well as other fish runs—free reign across more than 500 miles of their historic habitat.

It was the biggest series of dam removals in the western United States at that point. This was before the removal of even larger dams on the Elwha River in Washington shortly afterwards.

Rogue River salmon responded. Within a few weeks they were spawning again in gravel that had long been submerged behind a dam. Their numbers boomed, rejuvenating fisheries as well as the ecosystem of the legendary river.

Phippen is quick to give much of the credit to a strong coalition of conservation groups that also pressed for dam removal. He also credits colleagues in NOAA Fisheries’ Oregon Coast Branch based in Roseburg. Still, the success reflects Phippen’s attitude towards large, ambitious, and often bold undertakings: where there is a will, there is a way. Oregon's Rogue River before and after the removal of Gold Ray Dam in 2010.

Phippen retired at the end of 2019. Last month, NOAA recognized him with a Distinguished Career Award “for unfailing leadership, creativity, and professional excellence advancing species and habitat conservation, protection, and recovery during 18 years of dedicated service.” He described the key to his success shortly before he retired, encouraging NOAA Fisheries staff to “Think big, believe big, dream big.”

He sums up his inspiration and approach in the words of a favorite “Star Trek” character, Captain James T. Kirk—he does not believe in no-win scenarios.

“There were times when we would run into a set process that no one thought could be changed,” Phippen recalls. “We said: ‘no, actually we can do that.’”

Phippen began his career as a fish biologist in Florida. He spent years in southeastern Utah before moving to Oregon with the U.S. Forest Service. He joined NOAA Fisheries in 2001, and became the Oregon Coast Branch Chief in 2004.

He credits NOAA Fisheries West Coast Region leadership for supporting new approaches to conserve and recover salmon and steelhead listed under the Endangered Species Act. For example, the Oregon Coast Branch helped pioneer “programmatic consultations” for projects that needed to be reviewed for impacts on listed species. Instead of analyzing every project individually, NOAA Fisheries could review and authorize all the projects in certain programs together. That speeds up review while also safeguarding protected species.

Phippen worked with the U.S. Bureau of Land Management to safeguard salmon and steelhead habitat amid timber harvests in western Oregon. It produced “a very good plan for our species,” he said, which led to one of the first timber harvest programmatic opinions. It protected fish species, improved the efficiency of harvest on U.S. Bureau of Land Management managed lands, and increased the stability of timber receipts to Oregon counties.

Working with the NOAA Restoration Center and other agencies and partners, Phippen helped lead the restoration of important fish habitat through the Southern Flow Corridor flood-reduction project near Tillamook.

He also contributed to the success of the Winter Lake Restoration Project on the Coquille River. That restoration effort improved more than 1,700 acres of tidal wetland habitat for salmon while also supporting cattle production for the landowners.

Much of the restoration encompassed valley bottoms and estuaries that provide essential rearing habitat for Oregon Coast coho salmon, a threatened species that has potential to recover in coming years. The NOAA Restoration Center provided major funding for the Winter Lake and Southern Flow Corridor projects, removal of Gold Ray Dam, and other projects across coastal Oregon.

“Every time we tried something, we could have just said ‘we’re not going to win this,’” Phippen recalled. “We didn’t believe in a no-win. That’s basically what I told people.”