Meet some of our colleagues who work for NOAA Fisheries across the country and get a closer look at their many contributions. 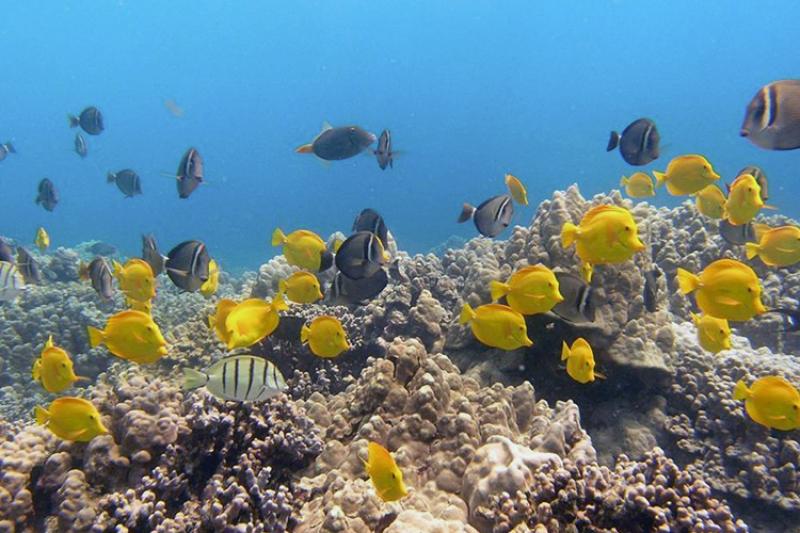 Jade Chau is an IT specialist-data management analyst for the Southeast Fisheries Science Center. She processes and manages commercial fisheries data from North Carolina to Texas into the Accumulated Landing System. The center maintains this database which contains current and historical commercial landings data. These data are an important input to our stock assessment process and the database is frequently queried for other data requests. She also manages the Vessel Operating System, which is an annual survey of active vessels and state boats that conducted fishing activities in the Gulf of Mexico and South Atlantic areas. She responds to data requests from colleagues within the center, the regional office, and non-government agencies. Jade was born in an ethnic Chinese town called Chợ-Lớn, about five and half miles south of Sài-Gòn (Hồ-Chí-Minh City). When she was 14, her parents sent her and her siblings away seeking asylum as refugees. They lived through several refugee camps in Malaysia and the Philippines under harsh and primitive conditions. Their journey was long and strenuous, and then they came to America in May 1982.

Knowing little English, Jade finished three years of high school at Thomas Jefferson Senior High in Tampa, Florida with a 3.0 GPA. Then she attended University of Tampa and graduated with a Bachelor of Science in Mathematics.

Learn more about Jade Chau and her work

Growing up in Samoa, Mario Esera would spend weekends fishing on reefs with his father. With minimal supplies—not much beyond a cooler of water and ice—they would pass the days catching their fill of fish. During these trips, Esera learned to identify a range of marine species. That’s a skill he relies upon today as a fisheries observer for longline vessels based in American Samoa and Hawaii.  After high school, Esera worked at the National Park of American Samoa—the only U.S. national park south of the equator. He was part of a National Park Service team that would travel seasonally to fight California wildfires.

Now Esera works in the Pacific Islands Regional Observer Program. He observes trips on longline fishing vessels targeting pelagic species out of both Honolulu and Pago Pago, American Samoa. Esera typically has 72 hours notice before leaving on a trip, though sometimes he is requested to make a quicker turnaround between one trip returning and another leaving. The trips from Hawaiʻi focusing on bigeye tuna and swordfish average 22 days (tuna) to 27 days (swordfish) in length. Trips out of American Samoa, targeting albacore, can take anywhere from a month to 90 days.  Esera has now spent more 12 years and more than 2,000 days at sea—even surviving a few hurricanes onboard vessels. It seems safe to say that observing was the right choice for Esera, with no plans to stop any time soon.

Learn more about Mario Esera and his work

Kilali is an Oʻahu marine wildlife response coordinator. Her job is to coordinate a team to respond to issues with Hawaiian monk seals, whales, dolphins, and occasionally sea turtles. A lot of that is connecting with native and local communities to learn more about some of those hot spot areas where issues may often occur. She spent most of her childhood in the ocean surfing, scuba diving, and paddling in Hawaiʻi and she knew that she wanted to work in a profession where she could focus on protecting her marine ecosystem for the next generation to enjoy. Her first job was working in the New Zealand government as a fisheries policy analyst, mainly focused on marine protected areas. Later Kilali moved to Alaska where she started her career with NOAA as a marine mammal specialist. There she focused on co-managing northern fur seals with the tribes on the Pribilof Islands. They worked together on research projects of fur seal monitoring, and collaborated on what management plans and research we wanted to prioritize over the next 10 years. As time went on, she felt like it was time to come home to Oʻahu, and was so happy to see her current position available, and now she is currently settling into her new role.

His work involves overseeing our fishery management initiatives and bringing together NOAA Fisheries resources to fulfill our obligations under the Magnuson-Stevens Act. This effort is to prevent overfishing and maintain healthy fish stocks important to commercial and non-commercial fisheries. A significant part of this work also involves deploying observers on commercial fishing vessels. The observers collect information on catch and fishing effort and incidental interactions with protected species, such as sea turtles, marine mammals, and seabirds.

Jared grew up in Hauʻula, a small fishing village on the northeast side of Oʻahu. The ocean was a vital part of his community's identity. Jared attended the University of Hawaiʻi and enrolled in the Marine Option Program. After graduating college, he had an internship with the Western Pacific Fisheries Management Council in 2000, where he helped develop a coral reef fishery management plan that was the nation’s first-ever ecosystem-based fishery management plan. Jared interned there for about a year before being brought onboard as a full-time staff member. There he learned so much about the Magnuson-Stevens Act, and the fishery management process, including the roles and responsibilities of the Council, the regional office, and the science center. He eventually joined NOAA Fisheries in 2008 as a fishery management specialist.

Learn more about Jared Makaiau and his work

Meet Martina Sagapolu, Assistant Director of the Office of Law Enforcement in the Pacific Islands

As the Assistant Director for the Pacific Islands Division, Martina Sagapolu isresponsible for protecting our oceans and marine wildlife. She oversees a team of law enforcement personnel in the Pacific Islands region. Our mission is to ensure the laws and regulations protecting and conserving our nation’s marine resources are followed. She also serves as an enforcement advisor to domestic and international stakeholders on enforcement related matters. Marina grew up as an Army brat, and moved around a great deal. Our family's last duty station was to Pago Pago, American Samoa, where she attended both elementary and high school. Martina has an undergraduate degree in Criminal Justice Management from Chaminade University of Honolulu and she is currently pursuing her Masters in Law Enforcement and Public Safety Leadership at the University of San Diego.

Learn more about Martina Sagapolu and her work

Last updated by Office of Communications on May 24, 2022