Celebrate Year of the Monk Seal 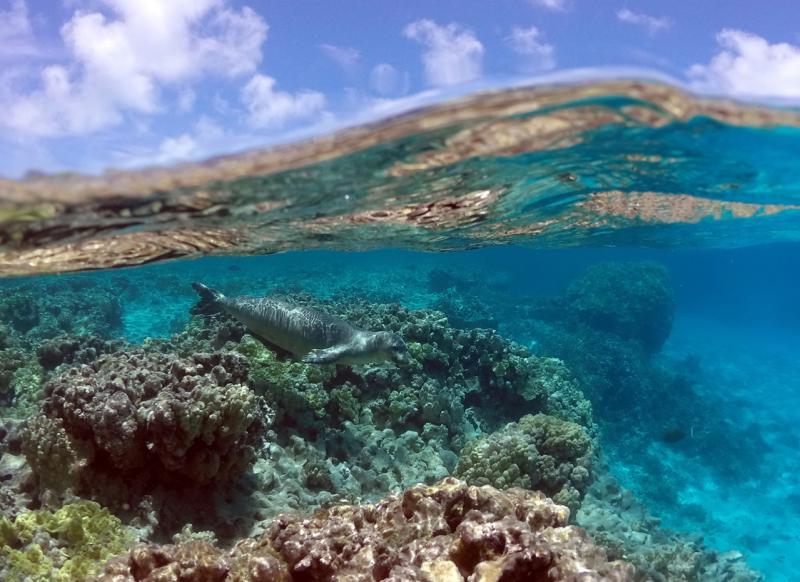 According to the Chinese Zodiac, 2017 is the year of the Rooster. But for us, this year belongs to the Hawaiian monk seal, a NOAA Fisheries Species in the Spotlight.

In commemoration of ten years since the publication of the revised Recovery Plan for the Hawaiian Monk Seal, the Pacific Islands Region announces the "Year of the Monk Seal." This campaign will be comprised of a series of recovery actions, cutting-edge research, and public events targeted at building awareness and momentum for the next ten years and more of monk seal recovery.

The population overall has been declining for over six decades and current numbers are only about one-third of historic population levels, but, importantly, the prolonged decline has slowed over the last ten years, thanks in many ways to recovery efforts. In fact, all of the major seal populations in the Northwestern Hawaiian Islands are either stable or growing, and an estimated 30% of the seals alive today are here because they benefited from a lifesaving intervention or are the child or grandchild of a female that benefitted.

Over the last decade, NOAA Fisheries, along with numerous partners, including the Hawaiʻi Department of Land and Natural Resources, U.S. Fish and Wildlife Service, NOAA Office of National Marine Sanctuaries, U.S. Coast Guard, and others, have engaged in concerted research and recovery efforts to save monk seals, particularly young female seals. These efforts included:

Additionally, during Hawaiian monk seal haul outs and pupping events in the main Hawaiian Islands, the Marine Mammal Response Network's team of volunteers worked quickly to set up seal protection zones, monitor the situation and report any issues, and engage the public with information about the species and its endangered status.

Though the new population estimate is encouraging and the species appears to be moving in the right direction, monk seals still face numerous threats and will likely experience ups and downs on the road to full recovery. This year, the Pacific Islands Region reaffirms our commitment to monk seal conservation with State and Federal partners.

The Year of the Monk Seal will bring a variety of events—including various informal discussions or "talk story" sessions, a screening of a monk seal documentary at Waikiki Aquarium, and collaborations with local businesses and non-governmental organizations—to thank public and private partners, engage local communities, raise awareness of the plight of monk seals, and push forward on the next decade of monk seal recovery. Numerous other exciting partnerships and activities will occur throughout the year, and they will be announced as the year progresses.