Anticipated changes in climate will push West Coast marine species from sharks to salmon northward an average of 30 kilometers per decade, shaking up fish communities and shifting fishing grounds. 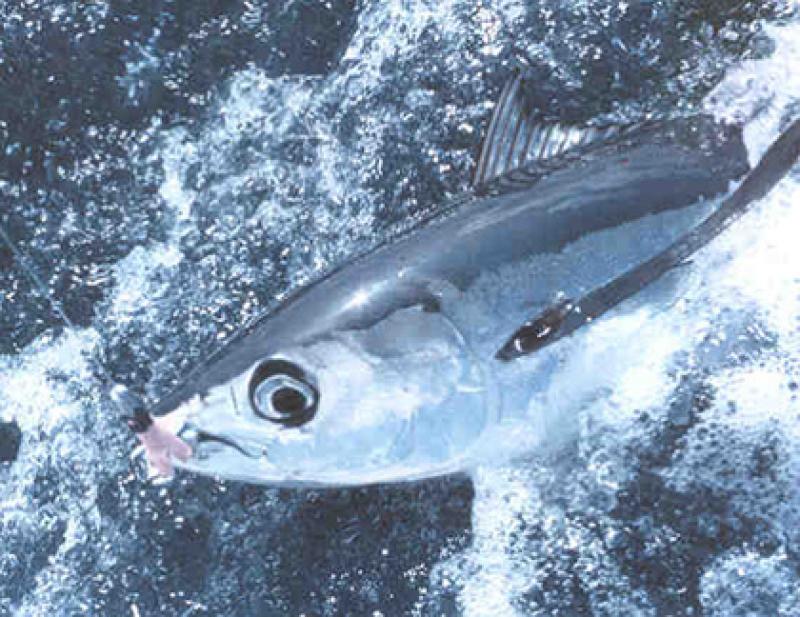 Anticipated changes in climate will push West Coast marine species from sharks to salmon northward an average of 30 kilometers per decade, shaking up fish communities and shifting fishing grounds, according to a new study published in Progress in Oceanography.

The study suggests that shifting species will likely move into the habitats of other marine life to the north, especially in the Gulf of Alaska and Bering Sea. Some will simultaneously disappear from areas at the southern end of their ranges, especially off Oregon and California.

“As the climate warms, the species will follow the conditions they’re adapted to,” said Richard Brodeur, a NOAA Fisheries senior scientist at the Northwest Fisheries Science Center’s Newport Research Station and coauthor of the study. “We’re going to see more interactions between species and there will be winners and losers that we cannot foresee.”

The study, led by William Cheung of the University of British Columbia, estimated changes in the distribution of 28 near-surface fish species commonly collected by research surveys in the northeast Pacific Ocean. The researchers used established global climate models to project how the distribution of the fish would shift by 2050 as greenhouse gases warm the atmosphere and, in turn, the ocean surface.

Brodeur cautioned that like any models, climate models carry uncertainty. While they provide a glimpse of the most likely changes in global climate, they may be less accurate when estimating more fine-scale, local changes.

“Nothing is certain,” he said, “but we think we have a picture of the most likely changes.”

Some species shifts are already being documented as West Coast waters are warming: predatory Humboldt squid from Central and South America have invaded the West Coast of North America in recent years, albacore have shifted to more northerly waters and eulachon have disappeared from warming waters at the southern end of their range.

Effects on the marine ecosystem

“Thinking more broadly, this re-shuffling of marine species across the whole biological community may lead to declines in the beneficial functions of marine and coastal ecosystems,” said Tom Okey, a Pew Fellow in Marine Conservation at the University of Victoria and a coauthor of the study. “These declines may occur much more rapidly and in more surprising ways than our expected changes in species alone.”

The study anticipates warm-water species such as thresher sharks and chub mackerel becoming more prominent in the Gulf of Alaska and off British Columbia. Some predators such as sea lions and seabirds, which rear their young in fixed rookeries or colonies, may find the fish they usually prey on moving beyond predators’ usual foraging ranges.

“If their prey moves farther north, they either have to travel farther and expend more energy to get to them, or find something else to eat,” Brodeur said. “It’s the same thing for fishermen. If it gets warmer, the fish they depend on are going to move up north and that means more travel time and more fuel will be needed to follow them, or else they may need to switch to different target species. It may not happen right away but we are likely to see that kind of a trend.”

El Nino years, when tropical influences temporarily warm the eastern Pacific, offer a preview of what to expect as the climate warms.

Shifts in marine communities may be most pronounced in high-latitude regions such as the Gulf of Alaska and Bering Sea, which the study identifies as “hotspots” of change. Cold-water species such as salmon and capelin have narrower temperature preferences than warmer water species, making them more sensitive to ocean warming and likely to respond more quickly.

An intrusion of warm-water species into cooler areas could lead to significant changes in marine communities and ecosystems. The diversity of northern fish communities, now often dominated by a few very prolific species such as walleye pollock, may increase as southern species enter the region, leading to new food web and species interactions.