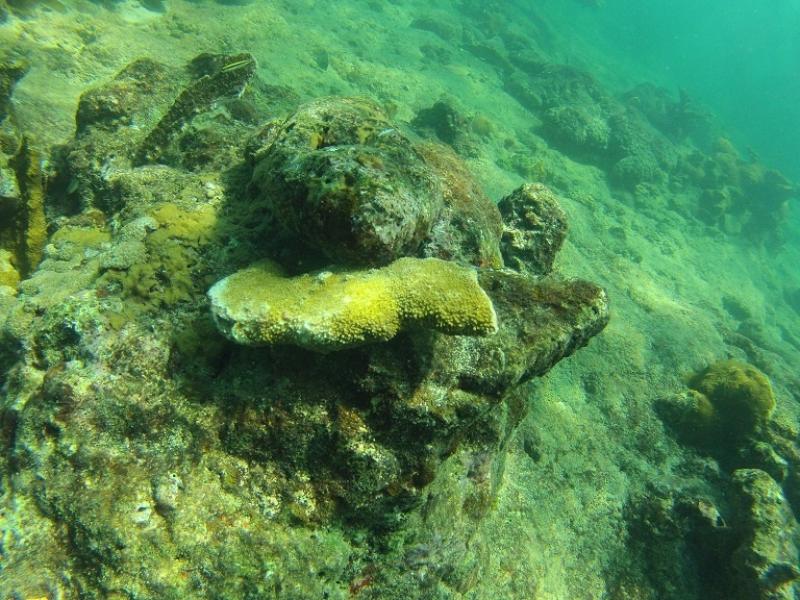 Hurricane Matthew didn’t just devastate coastlines and homes in the south Atlantic and Caribbean—it also harmed corals. Staff from the Restoration Center has been on the scene working to address the damage.

When the storm passed south of Puerto Rico in October, it generated large waves that impacted an otherwise healthy stand of elkhorn coral. The reef, located near Guanica, Puerto Rico, is known to have a number of massive colonies—some of which are nearly 10 feet tall.

These corals are listed as threatened under the Endangered Species Act. The waves—some larger than 20 feet—damaged many of the elkhorn coral colonies, breaking them into thousands of pieces. 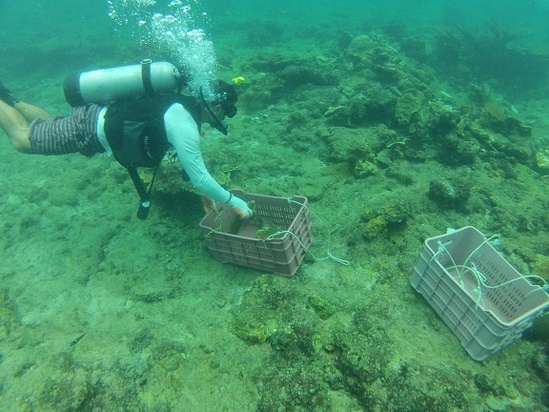 NOAA diver collecting coral fragments that will be reattached.

Based on our experience with previous projects, we have developed methods to stabilize fragments like these, following recommendations in the elkhorn coral recovery plan. We identify the area of impact and estimate the number of viable at-risk coral fragments. Then, we stabilize them by lodging them in reef crevices or cementing to the hard bottom of the reef.

Working with the Puerto Rico Department of Natural and Environmental Resources and contractor Sea Ventures, we identified two main areas that suffered major impacts. We estimated that there are approximately 10,000 at-risk fragments of a wide range of sizes in these areas.

So far, roughly 7,000 fragments have been rescued. More than 2,000 were stabilized in crevices, and approximately 5,000 of the corals were transplanted to nearby reefs. Work will continue so that we can minimize the overall impact from this storm.

Last updated by Office of Habitat Conservation on October 10, 2019