The NOAA-supported effort to remove the Middle Fork Nooksack Dam will restore access to 16 miles of habitat for threatened salmon and steelhead. 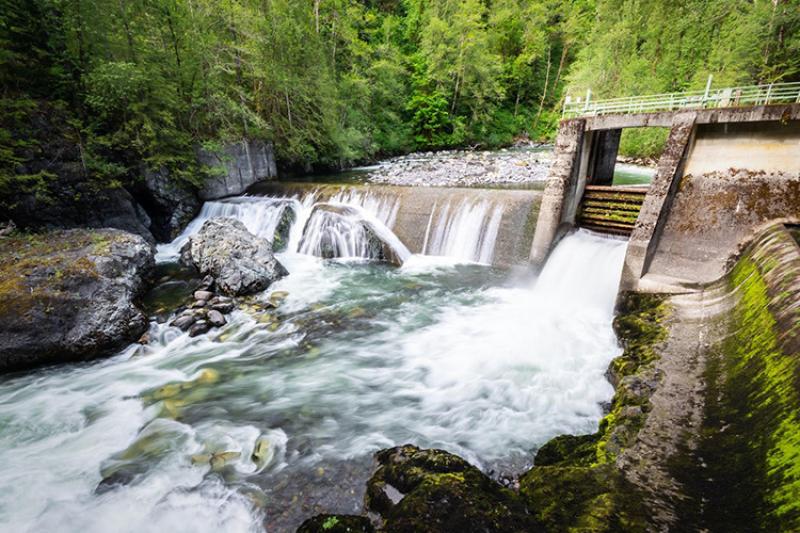 Demolition is underway in the NOAA-supported effort to remove the Middle Fork Nooksack Dam, located just outside of Bellingham, Washington. Removing the dam will restore access to 16 miles of priority habitat for threatened salmon and steelhead in the Middle Fork Nooksack River. When restoration work is completed this fall, the river will flow freely again for the first time in decades. 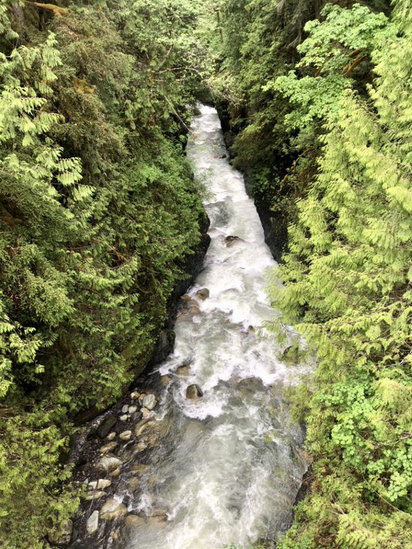 Removal of the Middle Fork Nooksack Dam will provide salmon and steelhead with access to miles of pristine habitat. (Photo: American Rivers)

Built in 1961, the Middle Fork Nooksack Dam helped supply drinking water to the City of Bellingham. However, the 24-foot tall dam was built without a fish ladder or other fish passage structures that would allow migrating fish to pass by it. Threatened spring Chinook salmon, steelhead trout, and bull trout were left unable to access the vital habitat behind the dam. They rely on that habitat for spawning and rearing.

Removal of the Middle Fork Nooksack Dam is listed as one of NOAA Fisheries’ top recommended actions to recover Puget Sound Chinook salmon populations. These salmon serve as a vital food source to endangered Southern Resident killer whales. Our experts estimate that removing the dam has the potential to increase Chinook salmon populations in the Nooksack River region by more than 30 percent. That prediction is based on Ecosystem Diagnosis and Treatment analysis and estimates of future habitat use.

The Nooksack River and the salmon it supports also serve as important spiritual and cultural resources for the Nooksack Indian Tribe and the Lummi Nation. Removal of the dam is an important step in restoring these culturally significant resources.

Working Together Toward a Solution

Years of collaboration between many partners led to a plan to remove the dam and restore the river. Partners on the project include:

In 2019, the NOAA Restoration Center provided financial support to the effort with funding through our Community-based Restoration Program.

“The NOAA Fisheries Restoration Center is grateful to play a part in the removal of the Middle Fork Nooksack River dam,” said Jennifer Steger, Pacific Regional Manager with the NOAA Restoration Center. “We applaud the years of collaboration, partnership, teamwork, and hard work that got us here. I am excited that this project uses an ecosystem-based approach to restore fish passage and connectivity in the Nooksack River watershed and hope that it will be a model for future projects to come." 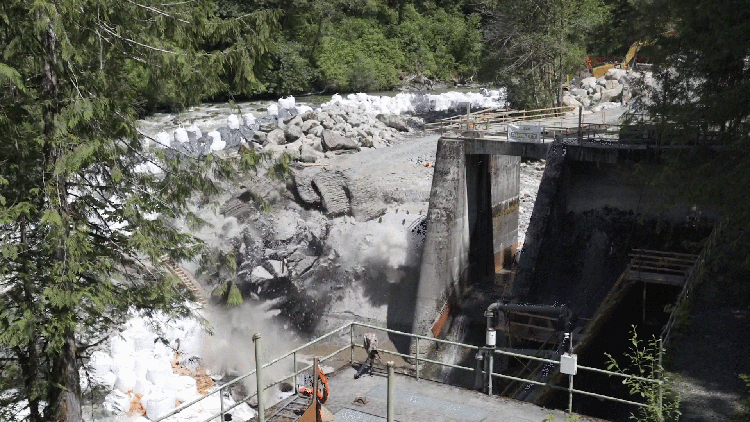 The Road to Restoration

Preparations for removing the dam began earlier this year. Demolition, which began this week, includes a test blast, a first blast in the center pier of the dam, and a second blast in the upper 15 feet of the dam. This will be followed by a couple of days of excavating dam debris from the site. Demolition is expected to be completed this month, and restoration of the river channel will take place in August. ​

Over the length of the project, partners will remove the dam and construct new water supply infrastructure for the City of Bellingham. They will install a NOAA Fisheries-compliant fish screen to protect fish from being drawn into the water intake. They will also monitor the project area to measure how restoration is benefiting the local ecosystem.

Once the dam is fully removed, miles of historically-accessible habitat on Middle Fork Nooksack River will once again be free-flowing. This will restore a pathway for migrating fish, and protect a vital community resource.

Last updated by Office of Habitat Conservation on July 17, 2020