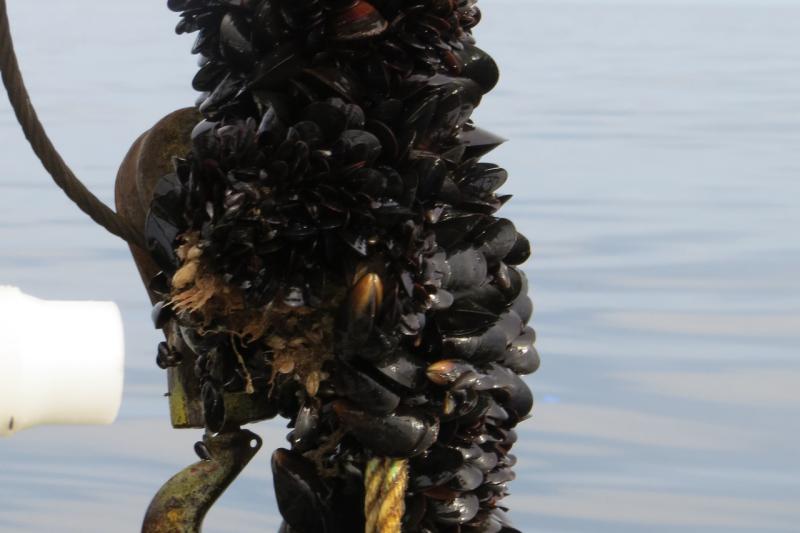 Offshore mussel farm sites need to have the right temperature, food availability, and the right currents. According to a study by researchers at NOAA’s Northeast Fisheries Science Center, several suitable locations can be found off the Northeastern United States.

Their findings were published in the Journal of Marine Science and Engineering. They suggest that the most promising locations for mussel aquaculture among the six oceanic sites studied are off New York’s Long Island, north of Cape Ann in Massachusetts, and off New Hampshire.

A number of research projects have been conducted in the past few decades. They were located at pilot mussel farms in Rhode Island Sound near Martha’s Vineyard, off the Isle of Shoals in New Hampshire, and north of Cape Ann in Massachusetts. Results were encouraging, but no commercial ventures have gone forward.

The authors acknowledge that these waters are busy and already subject to numerous competing and overlapping uses. They argue that finding the optimum locations for farms, where the conditions can support the kind of production that will be profitable, is an essential first step in development. If farms are going to compete with other uses, then managers and entrepreneurs alike need to know as much as possible about the requirements and benefits of offshore shellfish farms. This is especially true when some uses must be excluded so that others may thrive.

“There is great potential for sustainable farming of shellfish in New England federal waters,” said lead author Darien Mizuta. Mizuta is a National Research Council postdoctoral fellow at the Northeast Fisheries Science Center’s Milford Laboratory in Milford, Connecticut. “This is supported by national economic data, which is the topic of our next publication.”

Co-author Gary Wikfors agrees. “Blue mussels have an established market, are commercially important to the region, and we know the culture technologies,” he said. “They are the main bivalve shellfish imported into the United States, mainly from Canada. We import 225 times as much as we are producing, and U.S. consumption is growing. Increasing national production would help our food security and lessen the seafood trade deficit.” Wikfors is a shellfish scientist and director of the Milford Laboratory. 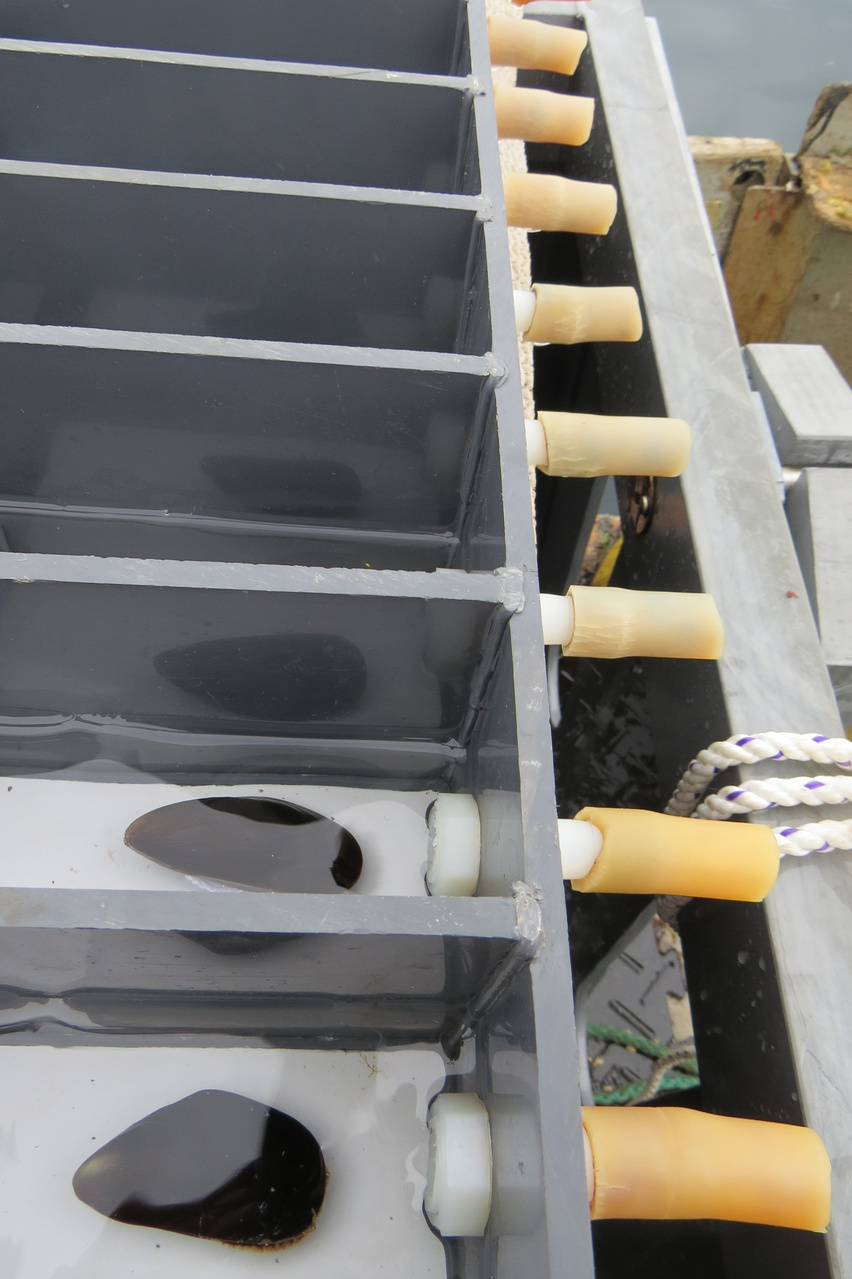 The study may be the first using an historical series of environmental data to examine a large area of the Northeast U.S. coastal shelf ecosystem for aquaculture suitability. It also reports some of the first measurements of mussel feeding performance in offshore New England. This is considered a highly suitable area for the development of ocean farming activity.

Mizuta and Wikfors focused their research on finding the optimal submersion depth for longlines and mussel ropes. These depths would maximize the production efficiency of commercial offshore farming operations. They conducted a habitat suitability analysis based on open source temperature and chlorophyll data from national datasets. Temperature affects the ability of the mussels to adhere to farming rope and to survive, while chlorophyll concentration provides an estimation of food availability.

At an experimental mussel farm off Cape Ann, they measured mussel feeding performance in spring and summer to confirm that mussels were at the ideal depth. Environmental data were collected at the same time.

Blue mussels (Mytilus edulis) are grown on submerged longlines. If the site is offshore, they need to withstand more motion than on coastal sites. Temperature and chlorophyll are important factors in predicting the suitability of offshore mussel farm locations. It takes about 18 months for blue mussel seed to reach marketable size.

Researchers examined oceanographic data on temperature and chlorophyll from 2005 to 2012 to identify suitable submersion depths for mussel ropes in New England federal waters. Their results suggest for optimum temperature and abundant phytoplankton biomass for growing blue mussels, ropes should be submerged during summer to:

A line with blue mussels attached (right). The farm boundary marker is at left in the background. Photo: NOAA Fisheries

The Milford researchers measured biodeposition, an indicator of feeding success, at an experimental shellfish farm off Rockport, Massachusetts to validate predicted depth. Using these data, they confirmed satisfactory mussel feeding, digestion and food assimilation functions. In this phase of the study, Mizuta and Wikfors were assisted by researchers at the Northeastern Massachusetts Aquaculture Center at Salem State University’s Cat Cove Marine Laboratory, which maintains the experimental farm.

Promising local areas have shallow temperature gradients, such as off Long Island, Cape Ann, Massachusetts and off New Hampshire. With current farm designs, it should be possible to adjust the depth of mussel ropes, keeping them within their ideal temperature range. Recommended depths can also be adjusted to future temperature increases associated with climate change.

“There are other environmental, technical, and social aspects of offshore ocean farming that we did not attempt to address in this study,” Wikfors said. “Our goal was to contribute to fundamental knowledge needed by entrepreneurs for farm planning, specifically focusing on geographic location and depth deployment of longlines. Studies like this should be region-specific because the environment will affect productivity, design, and management and therefore the overall success of the farm as a business.”