Determining the Distributions of Deep-sea Corals and Sponges Throughout Alaska 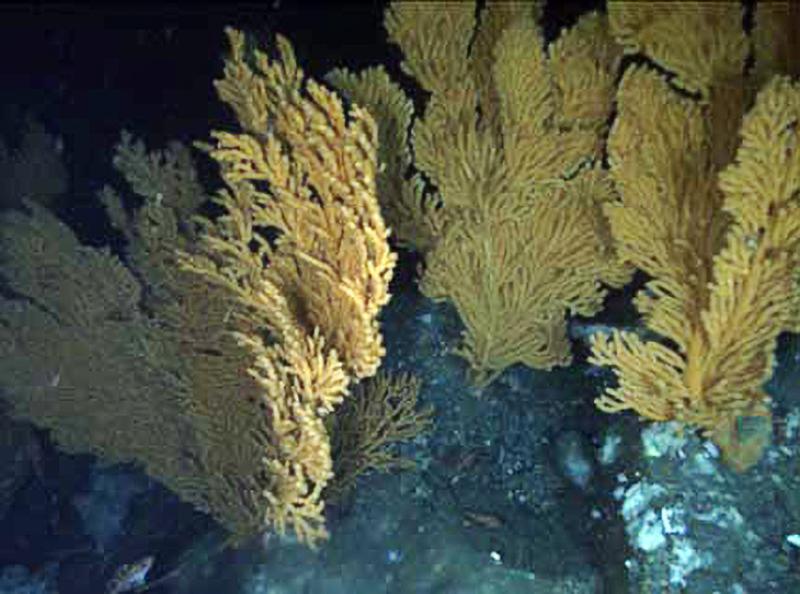 Challenges facing management of deep coral and sponge ecosystems in Alaska begin with the lack of specific knowledge of where these organisms occur in high abundance and diversity. Because of the size and scope of Alaska’s continental shelf and slope, the vast majority of the area has not been surveyed for the presence of coral and sponge communities. It is difficult to predict the locations and types of human activities that may be threats to the deep-sea coral and sponge ecosystems because the spatial distribution of these communities in Alaska waters is largely unknown. 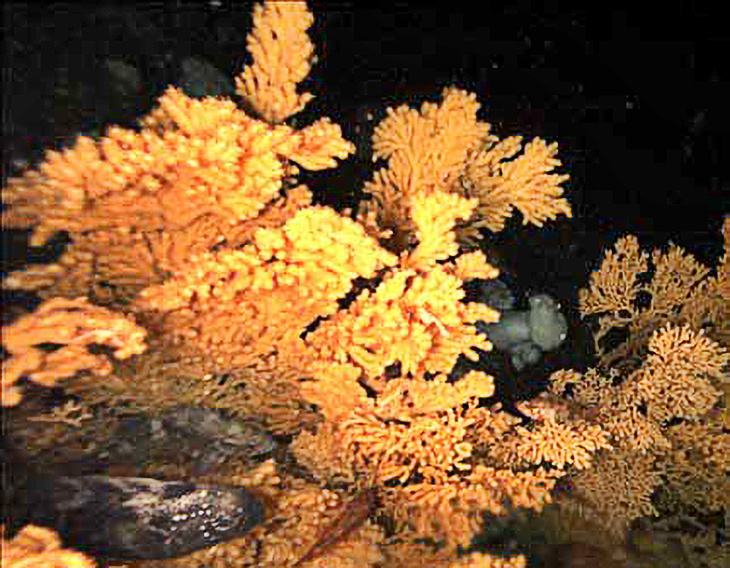 The North Pacific Fishery Management Council (NPFMC) recently requested that the Alaska Fisheries Science Center (AFSC) conduct an analysis of the distribution of sponge and coral ecosystems in eastern Bering Sea slope habitats. Historical AFSC bottom trawl surveys have collected data on the presence and abundance of corals and sponges in all areas of Alaska. In response to the NPFMC request, data from 1996-2012 AFSC biennial bottom trawl surveys of the eastern Bering Sea slope and outer shelf were used to examine the distribution and abundance of coral and sponge ecosystems. Generalized additive models, a statistical tool, were used to predict the probability for the presence of sponges, corals, and sea whips based on location (latitude and longitude), depth, slope, sediment grain size, ocean current, bottom temperature, and ocean color. In summer 2014, the AFSC plans to conduct a random-stratified survey using a stereo drop camera system to perform ground-truthing transects.

The AFSC’s research efforts to study deep-sea corals and sponges throughout Alaska include a series of ten projects scheduled through 2014 which address key research goals: improving the taxonomy of corals and sponges; determining potential fishing impacts from unstudied gear types, and determining the role of corals and sponges in Alaska’s fishery production. Knowledge gained from this research is intended to enhance our understanding of deep-sea coral and sponge ecology in Alaska and the effects of human impacts and climate change on those ecosystems, thereby improving management of these resources based on the best scientific information available.

Read the Complete Article in the Alaska Fisheries Science Center, December 2013 Quarterly Report: Research to Determine the Distributions of Deep-Sea Corals and Sponges Throughout Alaska